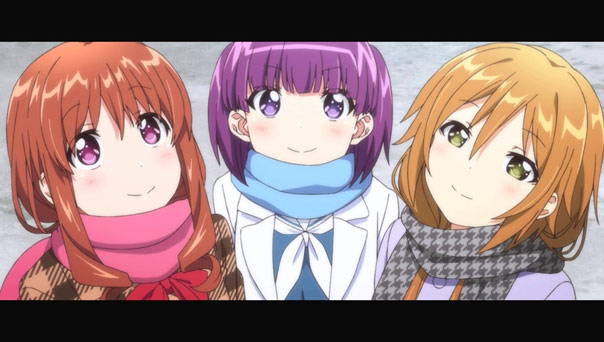 This is it. The Final Battle. Who lives? Who dies? Who ends up in whose bed? Who is able to exact their revenge, and who ends up burning in hellfire for all eternity?

Ehh, this isn’t that kind of show. Nor did it need to be. When I look back on Koufuku Graffiti, I’ll remember a warm, happy, and taste bud-enticing show; the feel-good show of Winter 2015.

Don’t worry, all of this is in Kirin’s dad’s head.

Ryou and Kirin pass their exams, so they’ll be going to the same high school as Shiina next year, along with a couple other classmates who are eager to befriend Kirin, who never had a thing to worry about in the friendsmaking department because she’s kind and sweet and makes a cute pok-pok sound when she walks.

Then, terror strikes in the form of a depraved house invader. Oh wait, it’s just Akira, trying to surprise Ryou and succeeding, but in the wrong way, getting a bonked nose for her trouble. 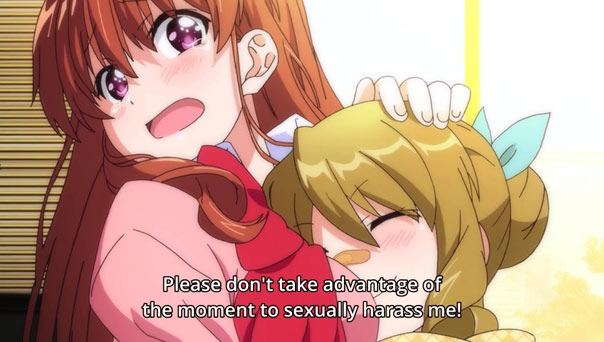 Akira actually has a nice gift for Ryou, who’s thinking a lot about her grandmother, who was there for her opening ceremony, which feels like yesterday. The gift is an apron made from her grandma’s apron, so in a way, whenever she wears it, it will be like cooking with her grandma, or as Kirin maturely puts it, she can look forward to making new memories rather than simply dwelling on past ones.

Ryou decides to christen the apron by preparing the same meal her grandma made to celebrate her entry into middle school three years back. It’s the same meal she made in the first episode, but it tasted bad to her back then because she was alone and still thinks it’s mising something when she tastes it alone.

That changes when Kirin arrives with all her luggage and samples the meal, and deems it one of Ryou’s best yet. Even Ryou notices an improvement in flavor after Kirin arrives, proving that food really does taste better when it’s shared.

Everything on the shelf above the sink stayed in the exact same position all those years. That’s some precision right there. 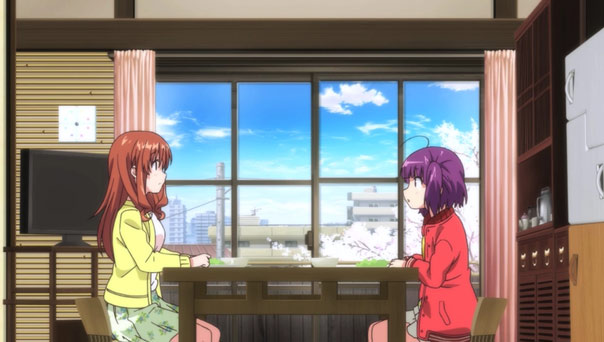 Ryou is in for one last twist when Kirin explains all her luggage and mentions movers are on the way…because she’s moving in with her, something neither Kirin nor Akira ever told Ryou, though they thought they did. 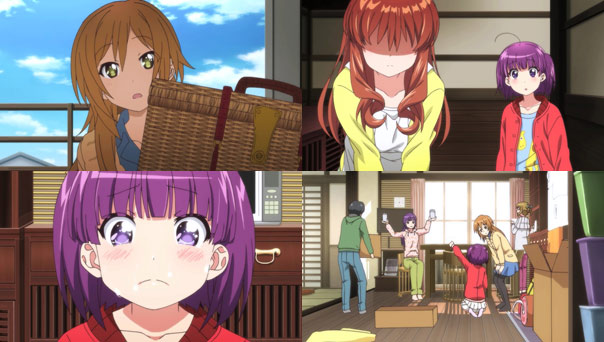 Ryou seems to have a problem with this, though it’s more about being left out of the decision while everyone else from Shiina to Akira to Kirin’s parents know about it, yet she doesn’t; for all we know even Yuki downstairs knows! But now that Ryou knows too, she’s happy Kirin is moving in, Kirin cries tears of joy and relief, and everyone helps her move in. 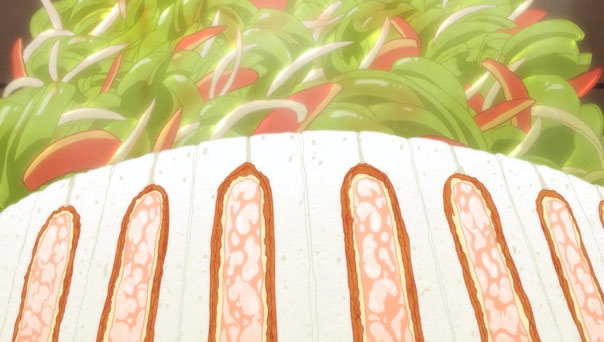 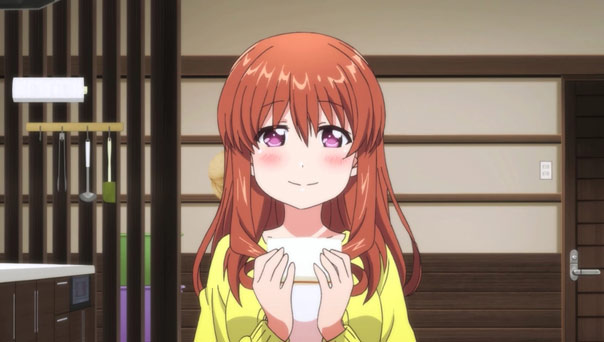 Ryou started out alone, with her important parents far away, her aunt busy at work, and her grandmother dearly departed. But now her home is full of life and love and energy, and even when everyone leaves, Kirin will still be there. Ryou looks like she couldn’t be happier.

As the credits roll, we get an epic supercut of every foodgasm in the show, putting into perspective just how much delicious food was stuffed into the last twelve episodes, and getting me that much more excited for another cooking show, Shokugeki no Souma this Spring. I’ll also have to track down some yellowtail and daikon!