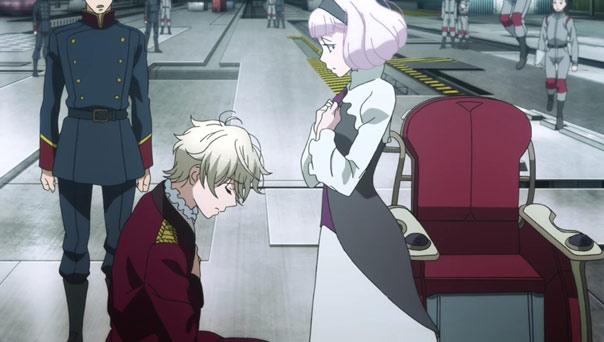 I knew every Orbital Knight wouldn’t immediately heed Asseylum’s out-of-the-blue call for an end to hostilities, but that didn’t matter: as long as some of them stopped to see which was the wind was blowing, it was going to be a huge blow to Slaine’s power base, drawing things that much closer to an endgame. 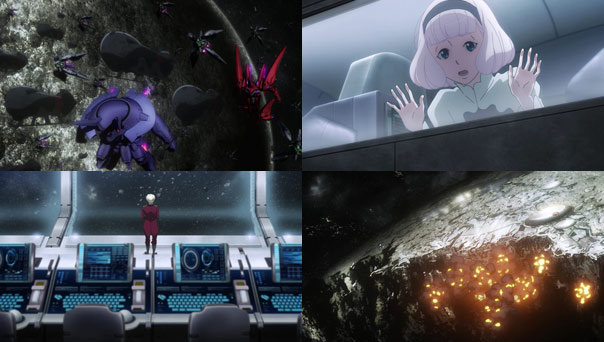 Neither Lemrina and Harklight want Slaine to give up, but neither of them have the benefit of his experience, all of which runs through his head in the corridor, where he has a clear view of the death and destruction taking place in his name. From there, he decides to evacuate Lemrina and order Harklight and the rest to surrender while he blows the Moonbase up. 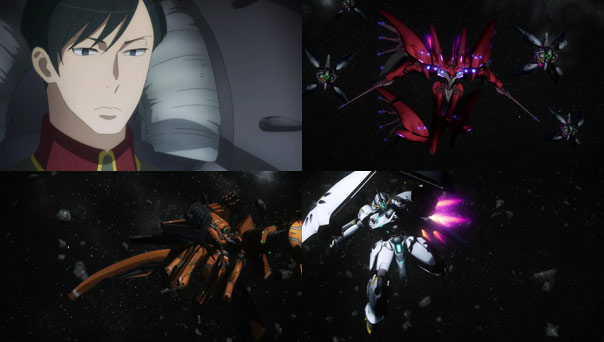 Harklight isn’t going down quietly, however, and neither are his Stygis comrades. They end up changing Slaine’s mind, at least insofar as he’d rather go out dueling Inaho one last time then dying in that control room. And so their final battle begins. 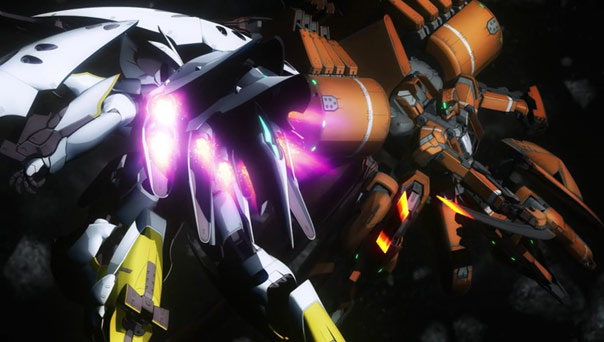 When Inaho engages Slaine and asks him (via radio channel…SEE, Gundam G? Mecha pilots CAN communicate with each other once in a while), Slaine assumes Inaho wants to fight him as much as he wants to fight Inaho. But Inaho’s “different objective” isn’t that. 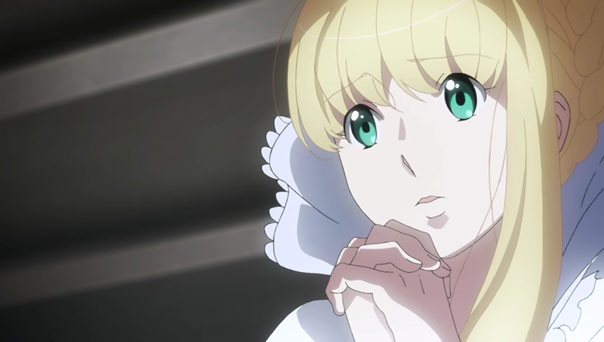 Asseylum had her big badass announcement that turned the tide of the battle, so even though we know this has to be about Inaho and Slaine at this point, it’s a bit disappointing that all she can do here is clasp her fingers together, watch, and wait, hoping the boys don’t succeed in destroying each other. 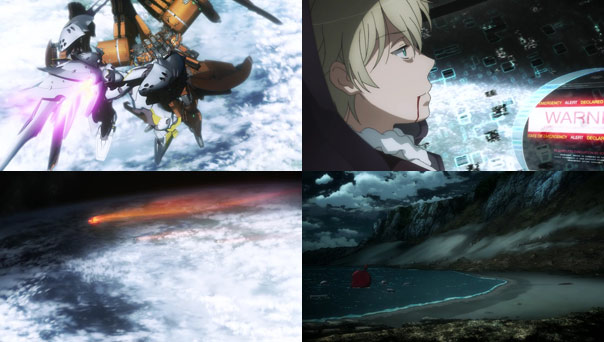 They very nearly do, too, exhausting their ammo, snapping all of their swords, and finally just pummeling each other like rock-’em-sock-’em robots. But Inaho, even without relying on his magic eye, is the better tactician, and he manages to neutralize Slaine as a threat and serve as an ablative shield for their mutual re-entry into the atmo. 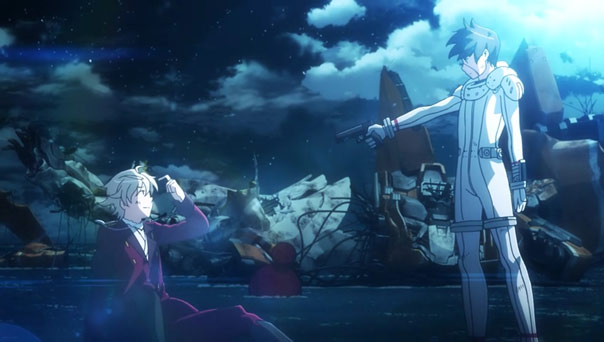 Once back on good old Earth, Slaine again gets the wrong idea, thinking he’s in a reversal of last season’s finale and that Inaho is going to put a bullet in his head. Inaho might want to do that, considering everything Slaine’s put him and Earth and Seylum through, but I knew he wouldn’t. 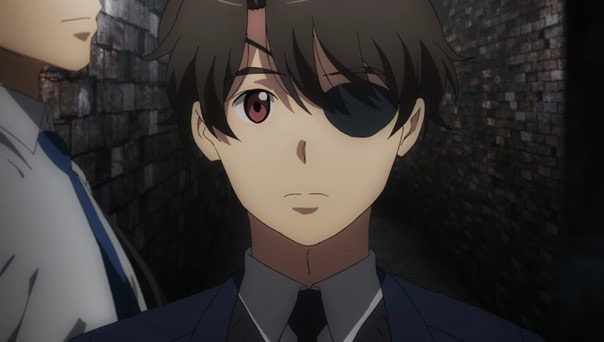 That brings us to the epilogue, in which Empress Asseylum activates the first Terran Aldnoah Drive as a gesture of goodwill, and EYEPATCH INAHO visits Slaine, who is believed dead by the public, but remains alive in a creepy lucite prison cell. 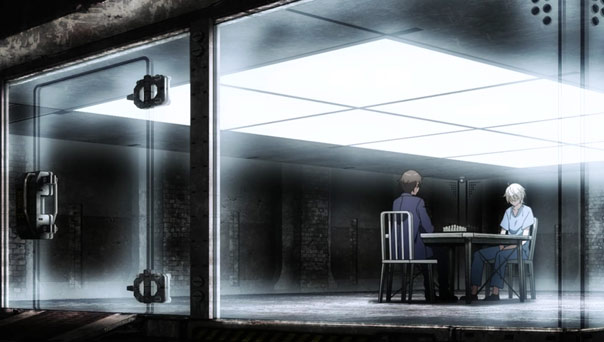 Not that the creepy cell is helping, but he’s not in a great place emotionally, and not eating his meals. He’s still waiting for Inaho to finish him, to exact justice upon him for all of his sins. But while Inaho has been many things throughout the run of this show—Mary Stu; know-it-all; humblebragger; cyborg; savior of mankind—but he’s no executioner, and he entrusts Slaine’s fate to the one most equipped to properly judge him: Seylum. 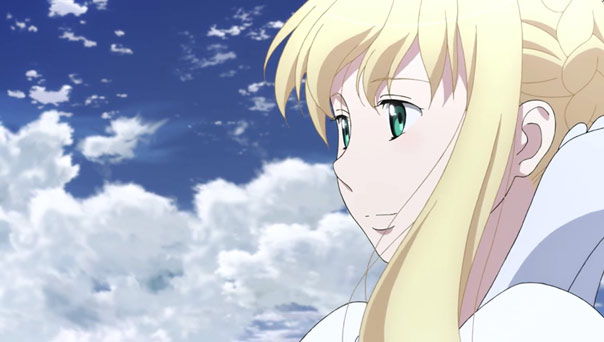 Slaine taught Asseylum a lot of things about Earth (some of them, like why the sky is blue, weren’t accurate, but still). But it’s Asseylum who teaches Slaine something about Vers that he may not have picked up on while hanging out with all those Orbital Knights: pages can be turned, people can be forgiven, and lives can be redeemed in time.