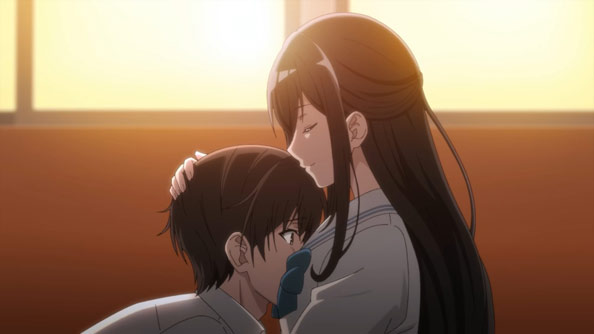 Sometimes I pick up on the mystery at the beginning. From the moment Natsunagi Nagisa told Kimihiko she was the recipient of a heart transplant a year ago—the same year Siesta died—I knew it was Siesta’s heart she had. It’s, as Nagisa later remarks, why she’s so forward with him at first, and also so weird, sticking her hand in his mouth and threatening to touch his uvula before giving him a comforting hug.

It’s partly so he can hear the heart, but also because it’s the closest he can get to Siesta now that she’s gone. Never mind that “memory transference” is pseudoscience. I believe there are documented instances of people suddenly yearning for things or people connected to the donor. There’s a reason for the popular belief the heart is the domain of the soul and not the brain. 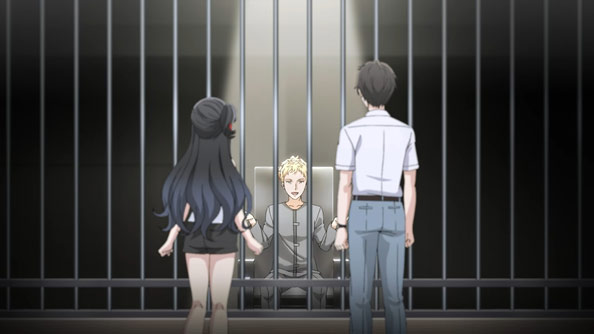 The thing is, it didn’t matter that I immediately figured out the “mystery”, because that wasn’t the point. The point was the emotional fallout of such a reunion. Kimihiko had returned to his lukewarm ordinary life of high school and was fine with it, but he later admits he “couldn’t go on” without some form of closure.

Of course, that’s before he himself figures out what the heck is going on. I’m sure he had some suspicions—you’re not a legendary detective’s sidekick for three years without absorbing some deductive wisdom—prior to taking Nagisa to meet the very person who could not cannot under any circumstances harm Siesta, and so cannot harm Nagisa, the new owner of her heart.

While lacking anything in the way of action like the first episode (which feels more like a prologue to this series), the fact this second outing half the length means a more satisfyingly taut story can be told. It doesn’t waste any time, yet doesn’t feel rushed. Your mileage may vary, but I derived a great deal of emotional impact from the reunion of Siesta’s heart and her clearly bored and listless assistant.

A lot of the resonance is due to some particularly decent dialogue towards the end, when Kimihiko realizes that Siesta’s heart (and Nagisa along with it) needs both a hug and reassurance. Taketatsu Ayana, one of the best in the business, voices Nagisa pitch-perfect with a cool effortlessness.

Even if Siesta is no longer in Kimihiko’s life, I hope we get more Nagisa. As for the Chuunibyou-looking girl who shows up at the very end looking for the Legendary Detective, well…we’ll see, won’t we?

Crow’s watching this too! Read his review here.