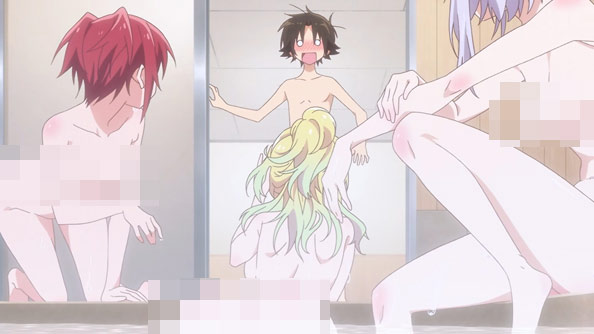 Nagumo Koushi is a 12-year-old sixth grader who is abandoned by his father after their house burns down. He’s wandering the streets starving to death when a green-haired beauty takes pity on him and welcomes him into her college dorm, which is full of beauties, almost none of whom have any qualms about waltzing around with nothing or next to nothing on.

This is a notorious “problem dorm”, which means these college students are generally ostracized by their peers. I can’t really blame them, considering some of their conduct with a 12-year-old kid. I’ll never be too old for anime, but I believe I have gotten too old for this particular brand of nonsense.

It’s a shame, because a lot of the fanservice and voice work is pretty well done, and there are moments of actual emotional resonance…but yeah, I’m just not feeling this one.