I had a feeling this “heist” episode was going to be a good one, but I wasn’t prepared for how much ass it kicked, much of it courtesy of our heroine Nanami. It’s quite simply one of her finest hours. It’s all because she has to be herself, which means tapping into her stores of morality, decency, and emptahy along with her increasingly potent divine powers.

But first of all, I just want to reiterate that Tengu Nanami just made my year. He/She is so friggin’ cute she makes Botanmaru look like a pile of puke! The spiral glasses are a particularly nice touch. But along with that cuteness comes great strength. 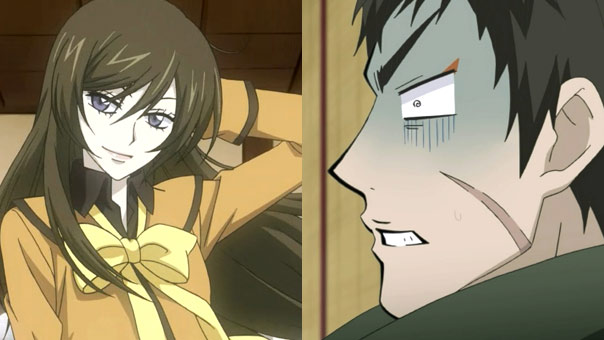 But anyway, the reason Nanami is able to steal the show is that the (somewhat) carefully orchestrated operation doesn’t go according to plan. Kurama had hoped to get Jiro drunk on mundane world medicinal alcohol, but the bull has formidable tolerance.

Tomoe, furious that Jiro hurt Nanami, tries to work his magic, posing as a slightly sultrier Nanami to throw Jiro off his game (helped at least a little by the booze). It works for a time; at least long enough for Nanami to find the Sojobo. 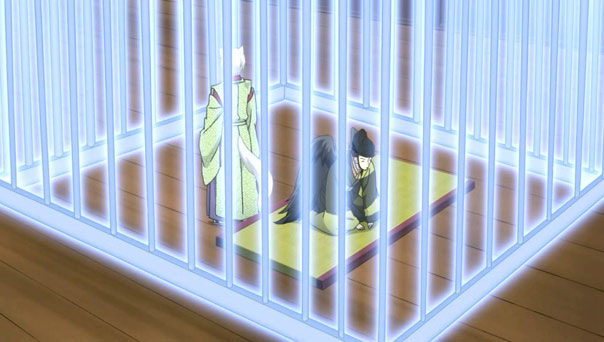 Kurama and Tomoe are undone when Tomoe breaks character and brings up Nanami, the maiden Jiro met, and even threatens violence. Kurama stops his “familiar”, but Jiro imprisons them both in a strong, anti-yokai barrier prison. With these two out of commission, it’s Nanami’s game to lose. 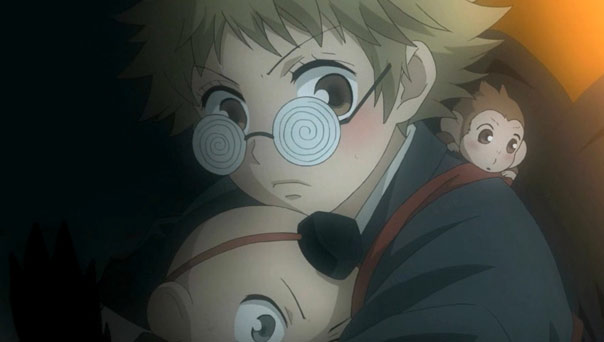 She doesn’t lose. The plan fails mostly because she and the others weren’t aware of the existence of a yokai under Jiro’s employ (Yatori), or the fact the Sojobo has been petrified as a result of his soul being extracted. 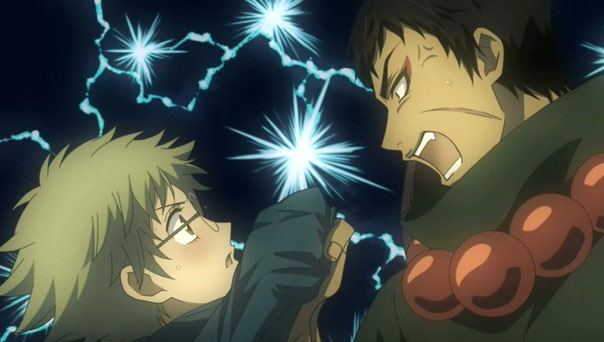 Nanami, in top heroine goddess form, doesn’t cower in fear before the bombastic Jiro. In fact, when he smacks Botanmaru, she gives him a stern scolding, one he probably hasn’t heard in a long time, if ever, and sorely needed. He blames Botanmaru for being weak, but Nanami points out Jiro hasn’t been running this mountain himself, all alone. Even the strongest have people they rely on. 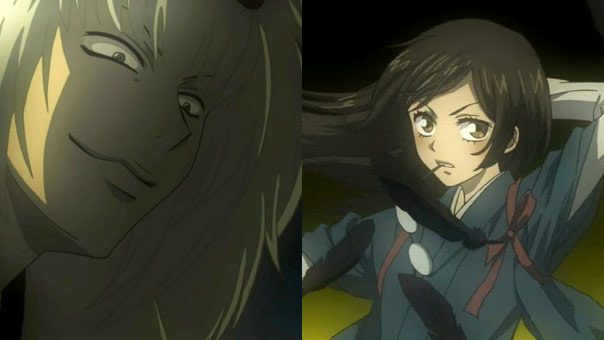 Jiro doesn’t know how this litle whelp of a tengu knows about such stuff, because he doesn’t know he’s talking to a human land god. When Nanami brings up Sojobo’s soul extraction, Yatori butts in a shoos Jiro away. In case you were wondering, yes, this guy is up to no good, and is simply using Jiro to secure an army for Akura-oh.

But Yatori is just as clueless about this tengu lad as Jiro, and when he threatens to off him and Botanmaru, the wig and gloves come off and Nanami enters Full Bad-Ass Mode, a mode she remains in for the duration of the episode.

With Mamoru by her side, she casts a barrier against evil that easily dispatches Yatori. One could say he’s dealt with too easily, but this has never been a show about long, drawn-out physical battles, but rather battles of wits, timing, and ideals. In any case, it’s awesome to see Nanami wield such power so comfortably and confidently, and we know why: the people she loves and cares are counting on her, and she won’t let them down.

Even in disguise, her words prove just as powerful a weapon against the big dumb mean bear that is Jiro, within whom lies a precocious but insecure boy desperate to earn the Sojobo’s approval.

When he isn’t watching where he’s going he bumps into the three adorable little tengu we met last week, who all expect to be reprimanded severely for getting in his way. But Nanami’s words echo through his head, and suddenly picking on a bunch of little kids seems stupid. Good for him. Better for Nanami!

Jiro’s sudden crisis of the heart also means his hold on his “encampment” is tawdry at best, and Nanami takes advantage. Ignoring Yatori’s pleas to keep him around since he’s the only one who knows where the Sojobo’s soul is stashed, she decides to simply cancel out all of the barriers in the compound with one big barrier against evil, and find the soul herself.

As she “tears” through the place, she scares the bejesus out of various tengu who’ve never laid eyes on a woman before, and even leaves a gleaming golden trail in her wake. Once her barrier is cast, the whole place starts to sparkle. When Tomoe and Kurama’s prison fades away in the golden light, Tomoe knows exactly what’s up: his Nanami is demonstrating precisely why she’s worth falling for.

One thought on “Kamisama Hajimemashita 2 – 09”