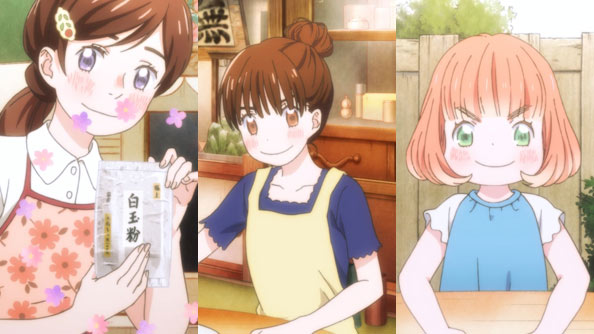 I much prefer my 3GL with the Kawamoto sisters, and when they’re not around, regardless of whether Rei is with them, it’s just not the same. So I’m happy to report this week has no shortage of Akari, Hinata, Momo, and their Gramps. 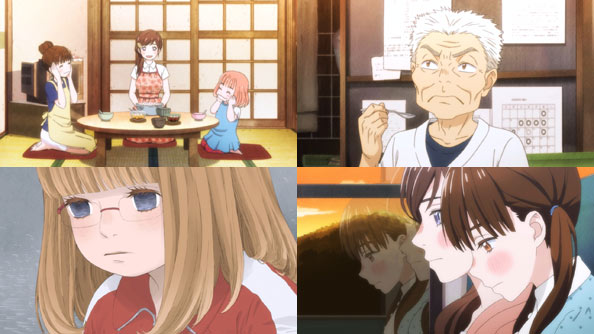 In preparation for a town festival where Moon Crescent will have a stall, Gramps has left the production of rice flour dumplings to the sisters, who make them even better than Gramps was expecting (though he never lets on that they surpassed his expectations).

As for the proper dipping syrup to accompany the dumplings, Gramps likes the plum the best, which Hinata got from Chiho on her first visit to the farm where she’s slowly, gradually building back her ability to interact with kids her own age. Even the sight of Hinata can cause the profoundly tramatized Chiho to simply freeze up.

Hinata and Akari do not leave Chiho with smiles on their faces, but they take solace in knowing Chiho is fighting with everything she’s got to get better. 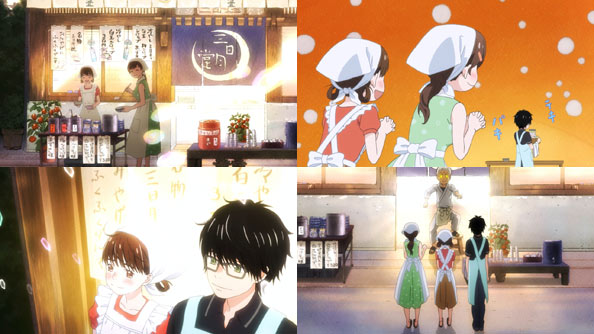 “Everything You’ve Got” could well be the Kawamoto family slogan. Even down a mother, a father, and a grandmother, Gramps and the sisters (with drudgery help from a game Rei) don’t have ass a single thing, and pull off a marvelous festival. People buy everything they make so quickly Gramps has to pull up his sleeves and make more dumplings.

In the middle of it, Hina and Rei share a nice little moment in the doorway of the store, simply taking in the cozy warmth of the festival, and all the happy customers and couples and families around them. Takahashi pays a visit, taller than ever, but let’s not kid ourselves about who’s #1 in Hina’s heart! 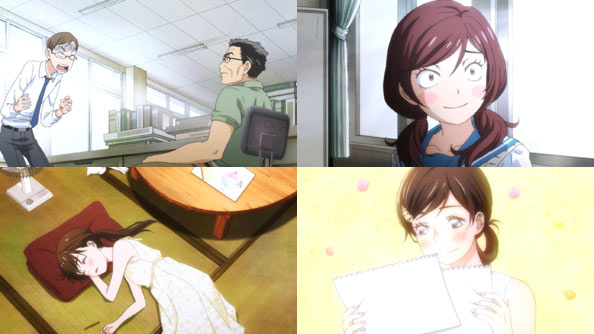 Despite it being summer vacation, Hinata’s class has a summer term test, while Mr. Kokubu prepares to step down as their interim teacher, passing the duties to a young and extremely nervous new homeroom teacher, not just terrified by having to deal with Takagi, but her fire-breathing mother as well.

Kokubu’s time with Takagi Megumi is just about at an end as well. Takagi, ever the wannabe nihilist, scoffs upon hearing Kokubu was never able to give her a definitive answer for why everyone has to put in effort and do their best.

However, what Kokubu has been able to determine is that Takagi is paralyzed by anxiety over not knowing what to do with herself. She never makes an effort because she’s scared of learning her “capacity” and being disappointed by it.

His departing lesson to her is that it’s okay to be disappointed; it is simply part of life. One cannot go anywhere in life until they find their capacity that will give them an understanding of what they should do, which will make more clear what she wants to do, thus reducing if not eliminating her terrible anxiety. In short, Takagi needs to do her best so she can learn what her best is.

One other lesson Kokubu could have given Takagi is that it might not be a bad idea to hang around Hinata more. Not necessarily to seek forgiveness, but to witness someone her own age who always does her best,

Hinata knows what she can do and wants to do, and is always looking to expand what those two things are. The festival just ended, and she’s already planning next year’s menu…but until after studying for her test.

Then again, perhaps that’s not such a good idea. Takagi in her current state could well be blinded to death by getting too close to Hinata!