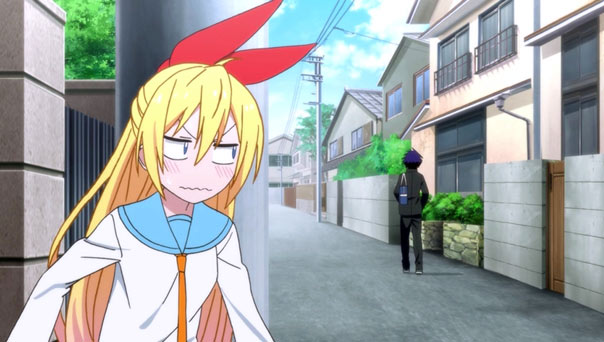 To be honest, I didn’t NEED a second season of Nisekoi, but this first episode gradually sucked me in and now I’ve totally bought in anew, emerging late as the best striaght-up romantic comedy I’ve seen this Spring. I accomplished this by delivering more of what we loved about the first season, but also by subverting expectations along with Chitoge’s. 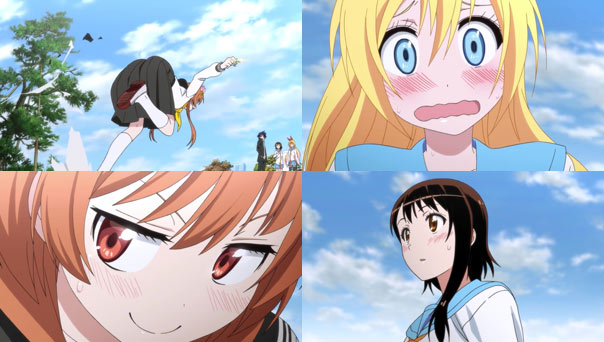 The premiere also struck a good balance between re-introducing the series premise, and later focusing on one girl exclusively. I say “good” because the first third of the episode was a high 7, tops. The locket is back in play as a plot device, but it inexplicably still can’t be opened, which seemed a bit of a cheat. In any case, the significance of its contents have grown far less important compared to the development between the various characters. 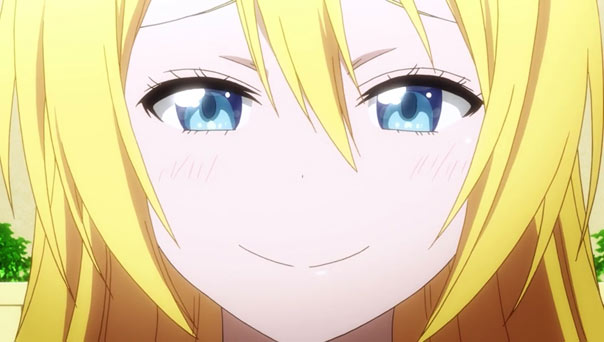 I preferred if the show moved on from the damn locket, and to its credit, it does at least move on in this episode. CHITOGEISTHEBESTGIRL is a popular refrain on the interwebs, and after a Chitoge showcase like the final two-thirds of this episode, it’s pretty damn hard to argue with that group of smushed together words. 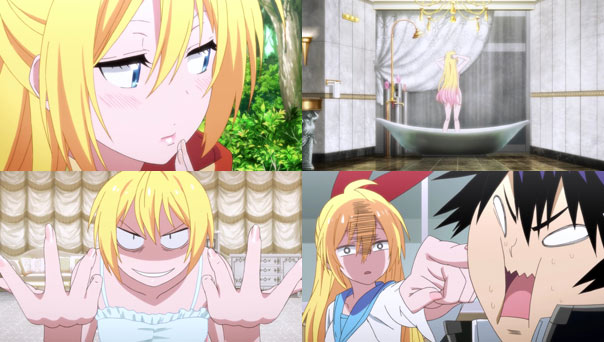 We’re given unfettered access to every thought and insecurity in Chitoge’s strawberry blond head, from her newly-acquired self-honesty with the fact that yes, she is in love with Raku, to the anxiety and suffering she endures trying to get Raku to notice changes she makes to her appearance in order to engender compliments. 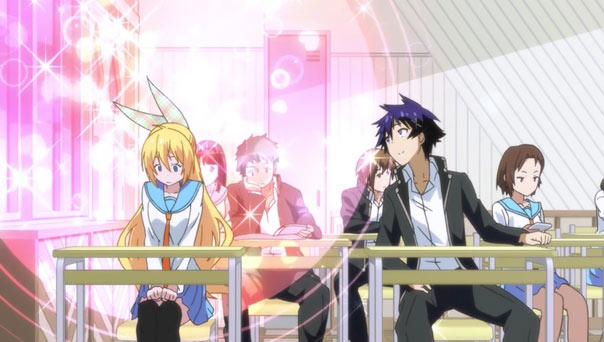 She’s well aware, as we are, how dense Raku can be about such things, and she was hoping against hope that he’d surprise her, but it’s nothing doing. The episode also does a great job accentuating her changes, be it her lip gloss, shampoo, nails, or ribbon (she thankfully stops short of wearing special panties…this ain’t Punchline!). This makes Raku look all the denser and more idiotic for failing to notice any of it…not to mention make us angry at him for frustrating Chitoge so. 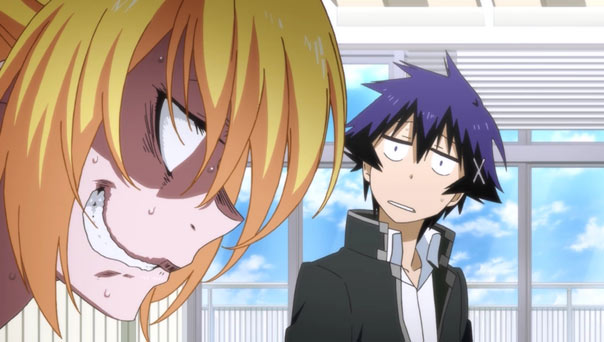 We wouldn’t be so pissed at him if we didn’t know exactly how hard Chitoge is trying and how futile it all is, which is underscored by Nisekoi’s trademark tremendous close-ups, showing Chitoge’s face in increasing levels of contortion and torture at the sheer cluenessness of this boy. When she asks “why did it have to be him”, I can’t help but agree with her, at least after all this. Chitoge may be being petty and superficial, but that’s her goddamn right, as far as I’m concerned. Call me old-fashioned if you must! 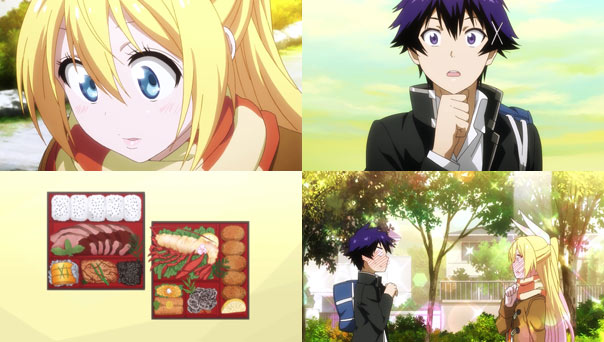 Was Nisekoi simply going to torture Chitoge for the final two acts and keep the wall up between Chitoge and Raku? No, and that’s what really made this episode for me: the subversion of all of her expectations. It’s all well and good to paint a picture of Raku as a villainously clueless twerp when we’re constantly in Chitoge’s head.

But not only did Raku really notice the gloss and the shampoo and the nails, but he also noticed a lot more, like when she was hungry, or when she changed her lunch choice from beef to ham (he is a chef, after all). If anything, he’s acting more like a dutiful husband, a domestic partner; something even deeper than a casual boyfriend, since he’s so comfortable with her he assumed he was beyond dishing out embarrassing compliments. 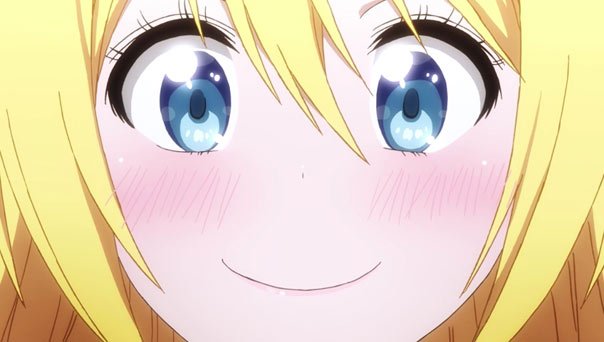 Perhaps he’s learned that even someone he can be himself with wants a little bit of superficial praise now and again, just for the heck of it…because, well…just look at that face! And maybe he’ll keep his eyes open in the future for things such as the new ribbon he failed to notice. Hey, nobody’s perfect. Neither was this episode, but it was pretty great nonetheless.

Now, let’s see if the show makes us shift our allegiance to another girl next week, as it tended to do its first season!