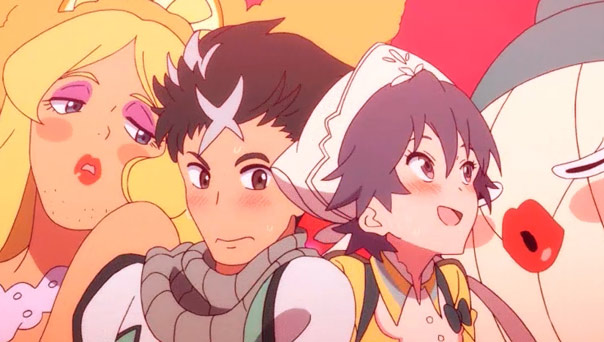 RG wraps up another arc with its zany blend of over-the-top, stylized action and painfully bland soft J-rock, and the titular Girls manage to go the extra mile for their latest warring factions, but like the Always Comima mission, for all its glitz, the show has simply lacked the same magic as that episode two battle between Maccha Green and Shigyo Kuniko. 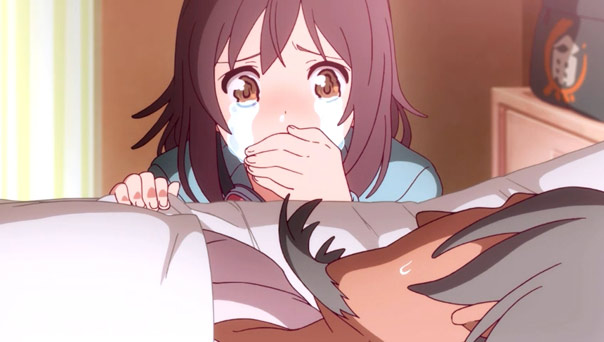 There are lots of reasons for this. Unlike Nozomi during Himeko’s dad’s hospital bed speech, I was never all that emotionally invested either in the father-daughter conflict or the Aichi-Mie one. The whole reason the two countries combined was flimsy, so it never made much sense why they had to find some kind of middle ground, especially considering how different their cultures were. While it’s kind of sad, why not live and let live? The show’s only answer is “because we said so.” 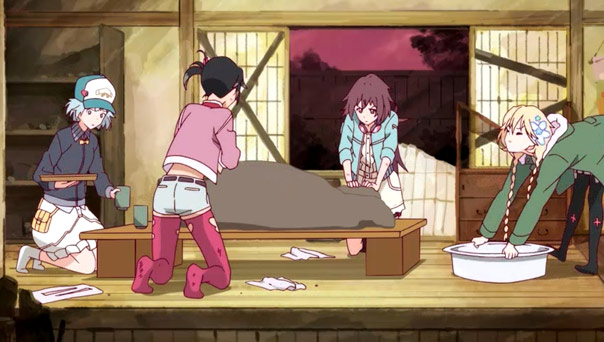 When Nozomi decides simply taking the stone and moving on isn’t an option, they try to build their own shachihoko, which inspires Himeko to get back into it, during which time she remembers that despite the pressure to succeed or surpass her dad, she still loves simply doing it for its own sake. 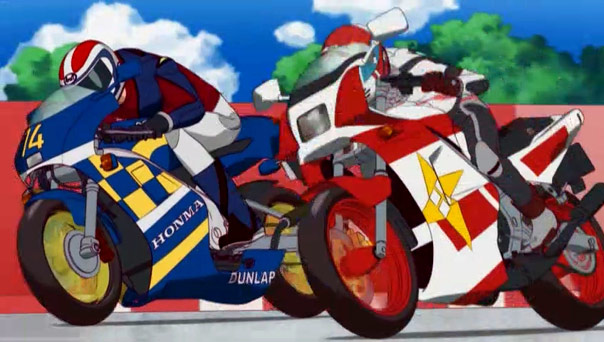 On the track, Dandy, who turns out to be a former racing legend, inspires Tomoki to get back into the race, whereupon he beats his vice-captain fair-and-square, who retaliates by blowing up Tomoki’s bike with missiles. But Tomoki gets that feeling back, the feeling he’d lost after all those easy wins. 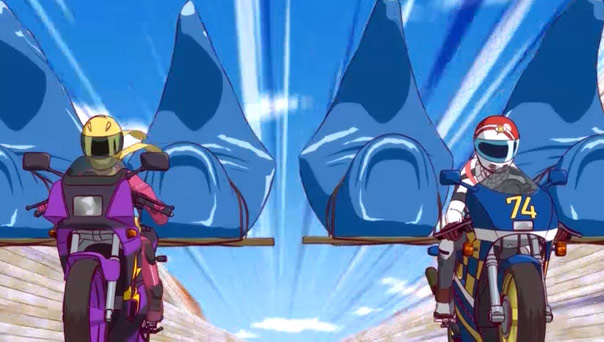 Rolling Girls exhibits its signature elaborate disregard for physics and load weights, and while the animation is appropriately fast and furious during the race, it simply didn’t get my blood pumping as much as Macha/Shigyo duel; though your mileage may vary. 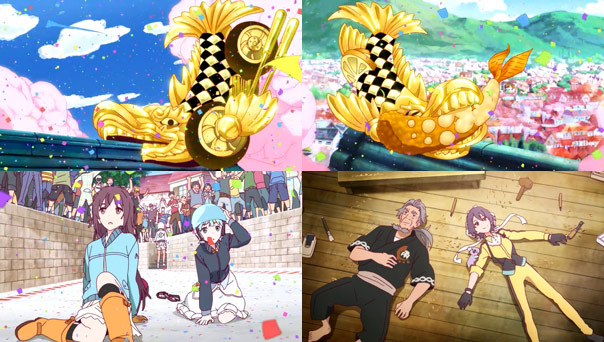 In the end, the shachihokos get to the top of Nagoya Castle in the most ridiculous way possible, pedaled up a disintegrating ramp on a disintegrating bicycle powered by Tomoki’s shonen will. Father and daughter make automotive and food-based mods to the shachihoko that mostly satisfy everyone, Aichi and Mie alike.

But even this moment of triumph feels a bit too neat and tidy, with time, space, and gravity being warped so much the participants in the story are lost in the chaos. Perhaps I’m just running out of gas with this particular show. There’s plenty to look at, most of it exceedingly pretty…but this week left me pretty cold.