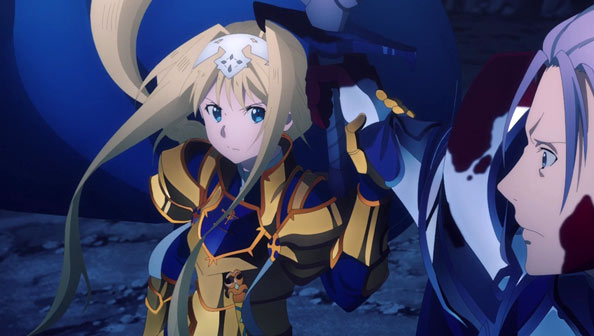 Alice just continues to be the biggest badass in SAOA, as it should be, since her name’s in the title. Fresh off of obliterating a sizable chunk of the enemy’s forces, Alice comes down to earth exhausted, but there’s no rest for the weary as she gets right back up.

When the chief of the Ogres emerges from the carnage, Alice learns that she’s the primary target of Emperor Vecta before sending him to the grasslands to where he wants his people to return.

Meanwhile, Eldrie comes before her consumed with shame and self-pity for not being able to live up to the standards of her disciple, but she’s just happy he’s still alive. 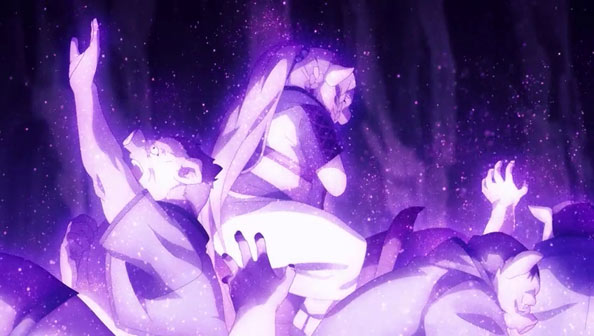 After a brief war council, Alice proposes and Bercouli agrees to split up their forces. Being the “Goddess of Light” the Dark Emperor seeks, she’ll gain the attention of a sizable chunk of his remaining forces, evening the odds for the Human Empire. She’s essentially bait.

On the other side, a discouraged Dee Eye Ell gets her second wind when Vecta offers her the lives of the 3,000 orcs in order to provide the energy necessary for a large-scale counterattack.

Like the Ogre Chief who simply wanted his people to return home, the orcs are painted in a sympathetic light, and the show is unblinking in their suffering as they give up their lives for a larger cause than themselves. 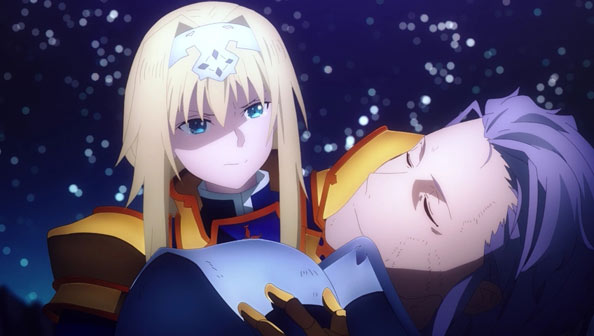 Alice doesn’t see the attack coming until it’s too late, but Eldrie is there to divert and absorb it with his Recollection, resulting in severe injuries that ultimately claim his life. While Alice is beside herself and orders/begs him not to die and leave her, promising to do anything for him, Eldrie couldn’t ask for a happier death, in the arms of the mentor he protected, valued and loved above all else.

Thanks to Eldrie, Alice can fight on, decimating the Dark Mages to the point Dee Eye Ell just starts sacrificing her own underlings in order to stay alive. Dee dreams of becoming Empress, meaning at some point she’d have to betray Vecta.

But Alice intends to skip over her entirely and go after Vecta directly. She knows at some point she must reach the World’s End Altar, she just has more immediate matters to attend to—not to mention a full head of steam after losing Eldrie.