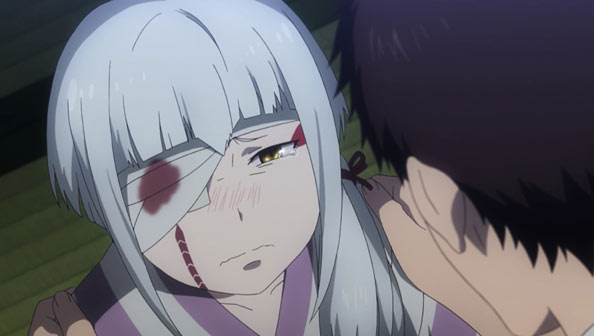 With the Impure King defeated and the Kyoto Saga all but in the books, I was up for pretty much anything Ao no Exoricst wanted to do in the post-battle epilogue episode. It turned out to be chock-full of nice character moments, and felt like a thank you to the audience for watching. For instance, there’s no such thing as too much Mamushi, and her lovely scene in which Juzu comforts her kicks things off nicely.

Rin comes to in a room with Kumo resting beside him, but he soon spots Shiemi lying right next to him. They have a nice exchange, until she seemingly permanently friendzones him, and we learn that Renzo, Izumo and even the ventriloquist kid are also in there. It’s a need little gradual reveal.

After Mephisto has a chat with Yaozou (who gives all credit for the victory to Rin), a seemingly tipsy Shura comes onto him, but he sniffs out her intent, and soon she has a kunai at his throat, wondering if the Impure King was yet another test for Rin (which it most certainly was). Mephisto isn’t forthcoming with details, but his polite threat sends Shura flying off him, then warning him she has her eye on him…from a safe distance. 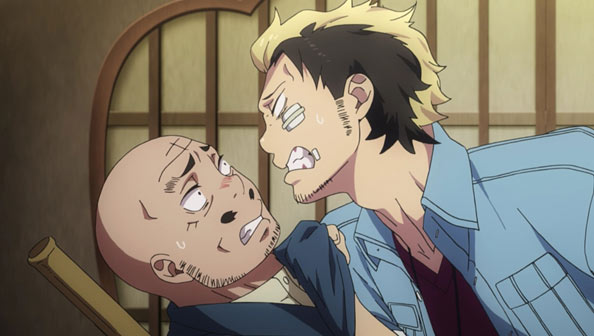 The next morning, Bon is headed to the room where his dad is resting, only to find him in an inn uniform sweeping the floor. It would seem Master Tatsuma has hung up the sutras, and wishes to live a simple life helping out around the inn. This irks Bon, who thinks it’s up to Tatsuma to re-unite the Myoda sect.

Turns out, neither Tatsuma nor Bon had to do anything for that to happen, as Juzu announces his intention to marry Mamushi. I’ll admit I wasn’t really shipping these two, but I can’t deny they work as a couple, and the scene in which he convinces her to agree to the marriage represents a nice melding of tradition and modern sensibilities. The protesting from Mamushi and Juzo’s siblings are also delightful, while Mamushi’s eyepatch is very chuunibyou. 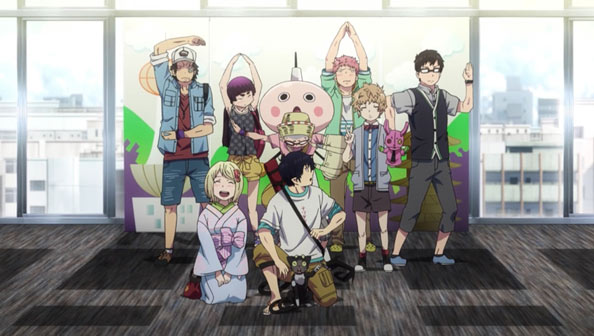 The students have the day off, so they spend it together, this time not fighting for their lives, but sightseeing in Kyoto, the city they all helped to save from turning into the toxic forest from Nausicaä. It’s mostly a montage of stills, but they’re pretty stills that contain a lot of nice little character moments. I also liked how Rin’s friends did a running gag of having to do what the “son of satan” says, or else he’ll fry them.

Finally, Yukio meets Rin by the riverbank so Rin can tell him he’s still committed to becoming an exorcist and leaving his little brother in the dust, despite being the son of satan. Yukio doesn’t approve, and he has lots of good reasons, but Rin’s going to keep training nonetheless. So he tells Yukio he can go ahead and keep having his back, and he’ll have Yukio’s in return. With that, the brothers return to the group and they continue their pleasant, and well-earned, day off. Not a bad way to end.