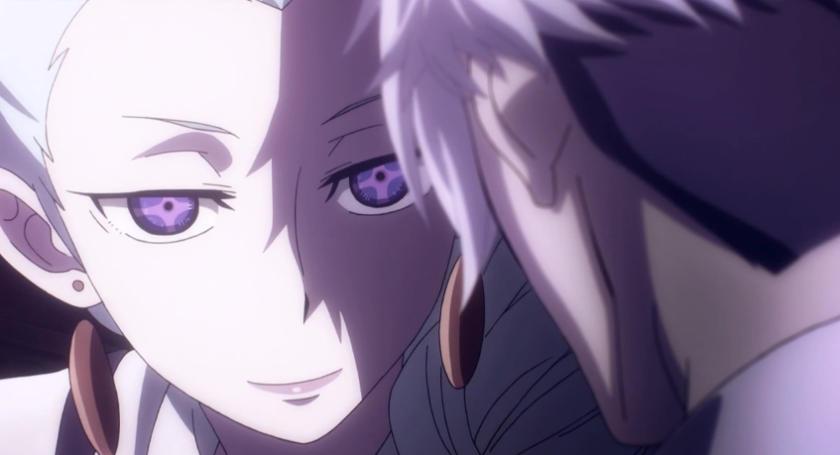 This week was all about backstories and, while it wasn’t flawless, it succeeded in laying out several of the show’s plot arcs, introducing the full cast and defining most of their relationships.

Unfortunately, episode 5 just comes out and tells the details and Nona’s introduction of Oculus and Carta felt… dialogy? Very “Hello person by this name who does this thing in the afterlife that I have this relationship with, how are you doing?”

For example, tells US Shadow’s backstory, including all his feelings about her, through dialog with another Arbiter. Even though Dequim doesn’t say it to Shadow, the fact that we know all the details so frankly, sucks the mystery and drama right out.

I mean, it isn’t surprising that Shadow is human, that she’s there because Dequim couldn’t figure out how to judge her and that episode 2 started up with her memory being intentionally removed by Nona in order to delay the mandatory verdict.

Learning that she arrived via elevator with her memories intact explains her circumstances but Dequim is so direct, so uninterested, that we don’t get allusions to a deeper meaning, reason, or mystery.

I guess what I’m trying to say here is: Shadow’s plot isn’t especially interesting because, regardless of how it plays out from here (does she know Dequim from another life?) the end point is still simply Dequim choosing Void or Reincarnation or refusing to choose either, which would be equally conventional.

Without the mood and the gloss, this isn’t a very interesting narrative to follow.

Speaking of gloss, DAMN! Death Parade’s fight sequence was spectacular this week. It was laughably short, but that double bartender super natural fight with water spheres and spider string was on-par with anything Fate/Stay threw out last season.

Likewise, the Manager’s pool with planets scene was delightfully rendered. Beautiful, really. More importantly, both sequences introduced a new character and a greater understanding of the after-death tower and the people who work there. Even if they do it in the most forced, talky way possible. SO it was a good week, albeit a little clunky. The first half being a red herring didn’t really add much and the lack of consequences for Dequim not following procedure made it feel arbitrary.

Certainly, its stated that the Arbiters get bored and… something happens…  and this could all be about making sure that Dequim isn’t slipping and Ginti, who he replaced 5 years ago, gets to blow off steam but… it felt like an excuse to give us a pretty fight scene. Should I complain? No. Not really. As to Shadow’s water-color dream sequence, which is narrated and clearly known to Nona (she instructs Dequim to hang an image from it at the Bar after all), I don’t have much to say?

The aesthetic break was warranted. From it’s on-white setting and muddled colors, it’s nearly a complete opposite from the on-black, clean gradient world of the bar. But is it drawing comparisons between Shadows life before and her relationships now? Probably but who knows. “Who Knows?” pretty much sums up how I feel about Death Parade in general. It seems less a mystery and more ‘it hasn’t told us 100% of the details yet’ as a story. Likewise, it’s awkward to have so many tight lipped, emotionally detached cast members around — it makes everyone feel like a puppet, spouting lines where the plot tells them to and not actual characters on their own.

I just hope the Tower’s staffing issues, ongoing dangerously high pace of human death, and godless side plots are given room to grow. That’s where the neat stuff is happening – and I say that completely fallen for Shadow’s tasty good looks!