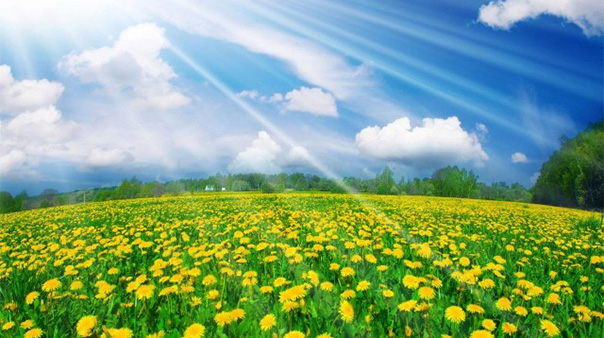 At the end of Winter’s white and grey comes a fresh new batch of anime. HEY, THAT RHYMES! And this April we’re being super-selective: picking just seven new series for now. Nobunaga the Fool is confirmed as going another cour, but we’re still not 100% sure if three other Winter hows—Chuunibyou, Nisekoi, and Space Dandy—will carryover into the Spring. We’re operating under the assumption all three will, leaving us with a tidy eleven shows to keep track of.

We haven’t forgotten about Nagi no Asukara; we’ll be watching as much of the second cour in between seasons as possible, like we did with Sunday Without God. We may similarly place one of the four Winter carryovers on hold, saving it for the break between Spring and Summer. Right now, it’s looking like that’ll be Fool. But enough ado; here’s our upcoming April lineup:

After the fun and often hilarious Kill Me Baby, we’re not opposed to school series featuring assassins, and this one has at least twelve, including Azuma Tokaku, Suwa Ayaka’s first main voice role. Kusakawa Keizo has directed a lot of stuff we haven’t seen. This is Minakata Sunao’s first anime doing original character design, which is on display in the promo art, which suggests a more serious tone than Baby.

This looks to be a dark post-apocalyptic sci-fi/mystery action series, and helmed by a director of the much lighter Magical Shopping Arcade Abenobashi, and fields a strong voice cast. It all sounds very promising…but, well, so did Coppelion, so we’ll proceed with caution.

Boy loses the alien-crazed girl he loved in a tragic accident, but years later a very similar-looking girl with a similar name transfers to his class. It’s an enticing synopsis, and all those genres look good, though “romance” is conspicuous in its absence. Still, the promo art evokes a serious, quiet dignity akin to Red Data Girl, so we’ll bite.

Both the promo art and synopsis reminded us a bit of Sunday Without God and Kino’s Journey. The idea of young people traveling around looking for their place in an big uncertain world always carries potential.

We’ve been burnt by many a magic school series featuring kids with cool uniforms (Freezing, Infinite Stratos, etc.) but we’ve also been rewarded frequently enough (Soul Eater, Blue Exorcist, Occult Academy) to at least give new ones a try when they come around. In addition to being a Madhouse series, Ishida Kana (who did the ladies in Aquarion Evol) is in charge of character design, Hayami Saori voices the lead female role, and Iwasaki Taku, who’s killed it so far with Noragami, handles the music. Here’s hoping it isn’t a boring harem!

This could be the Spring series we’re looking most forward to, if for no other reason than it’s yet another Shaft series directed by the prolific but reliable Shinbo Akiyuki. We reckon four out of five of the shows he’s helmed have been pretty good, and a couple have been fantastic. The promo art suggests he’ll bring his usual visual style, flair, and quirkiness to the proceedings. No, not everything the dude touches turns to pure gold, but the cyber-NEET comedy sounds promising.

WThis series goes squarely in our “maybe pile”, as we’ll be taking a provisional look to see if it’ll be worth an extended committment. Director Kamei Kanta has done good work in the past (Usagi Drop, OreShura), while Kurata Hideyuki has been behind a couple of franchises we’ve followed with interest (God Only Knows and Oreimo). The potential fun and playfulness of the series is apparent in the promo art and the people involved. Will it be any good? Like the other six Spring shows, we won’t know until we’ve watched!