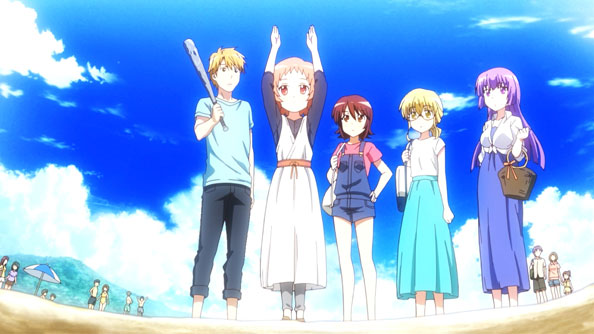 This week the girls go to the beach, if only, at first, to work at Sonobe’s beach dessert cafe. It’s not your typical beach episode, because it’s really light on fanservice, but as everyone has such fair skin, it makes practical sense to cover up. 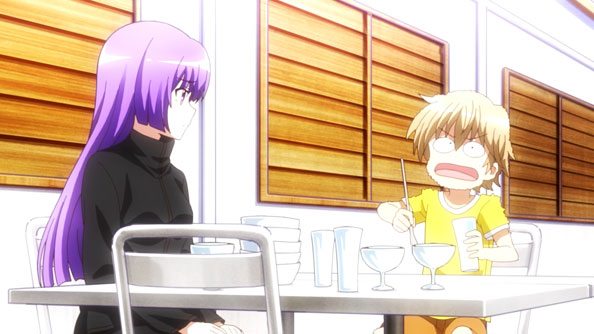 Yu arrives at the beach aboard his yacht, the landing of which strains credulity in a more serious show. But he simply wants to make things easy for his “betrothed”, which means eating way too many desserts and leaving no room for real food. For the first half-day of work, Yoko is dressed like Yoko…Ono!

When a shark sighting keeps the girls from finally relaxing, Yu invites them to a private resort pool, only to run into his nemesis Sakura and become hospitalized from the emotional and physical stresses that result from the encounter. Akiyama also appears, but runs off soon thereafter.

That doesn’t stop the girls from enjoying themselves at the pool, where they finally break out their swimsuits. But again, the male gaze is mostly avoided. A nice running gag is Futaba’s weird tan that never gets evened out, but otherwise not a ton going on here.