Juuni Taisen has so far worked best when it’s focused—say on one character or one battle. This week gets off to an uninspiring start involving a big meeting room full of literally faceless VIPs and a unsolicited speech by Duo-whasisface.

He says the Zodiac War is a proxy for far costlier global conflict, but I’m not buying it; there’s clearly plenty of war in this world, both that which Monkey cannot prevent through negotiation and in which all of the other warriors fight when they’re not in a battle royale.

The “no betting until half the field is gone” rule made no sense to me either. In a a horse race, every horse is bet on, not just the half of the field that pulls ahead halfway in. This was just needless babbling that took me away from the actual battle, involving nobody I cared about.

Next up is the start of the much-anticipated duel between Usagi and Sharyu, which turns out to be a bit of a stalemate, as every blow or zombi bird Usagi sends Sharyu’s way is parried or otherwise countered, as Sharyu continues to ask Usagi to reconsider her offer of cooperation. I know she’s Monkey, but I fear she’s barking up the wrong tree.

Unfortunately, her fight with Usagi not only comes to any kind of resolution, but what we do see of it comes in fits and spurts, constantly interrupted by the episode’s A-plot involving Sheep, his backstory, and his plan for victory involving partnering with mid-level warriors (unaware of who has died besides Snake).

Bouncing between his admittedly impressive tale of his life as a warrior (including fighting a previous Juuni Taisen aboard a space station—why couldn’t we watch that?) and the Sharyu-Usagi duel serves neither storyline. I fail to see why they had to be intertwined in this way rather than have one flow into the other.

Much of Sheep’s time is spent looking at and sorting toy versions of the animals that represent the other warriors. Considering the thrust of the duel happening concurrently, it almost feels like stalling, especially when he’s working with less info than we have regarding the remaining players.

As if the episode weren’t packed enough, we have the subplots of Nezumi being chased by Zombie Snake (great band name, BTW) and Ox resuming his battle with Horse, which he presumably left temporarily to kill Niwatori, and can saunter right back and continue wailing on Horse because Ox is just badass like that.

It’s just another case of staggering the storylines for little to no narrative gain.

We’ve now gone two episodes without anyone else being killed, adding to a sense of stagnation throughout the episode. Nezumi and Sharyu may as well be running/fighting in circles. When Ox suddenly comes after Sheep, Sheep withdraws, and the first warrior he encounters turns out to be Tiger, ranked the weakest (and likely tied for the most scantily-clad with Usagi).

The way this episode ended—with everything just kind of pausing in the middle—was more frustrating than satisfying. I look forward to learning more about the next warrior next week, and I’m really not opposed to the show mixing things up or jumping from warrior to warrior within an episode…just not for its own sake.

There’s a right and wrong way to doing these things, and it wasn’t done quite right this week. 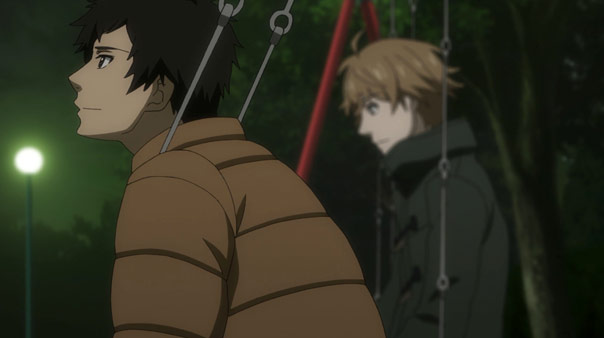