After Hajime “tames” the MESS, all other MESSes worldwide cease all activity and all the absorbed humans are safely returned. O.D. believes Hajime communicated with the MESS through gesture (in her case, scissors). Meanwhile, Ninomiya Rui, creator of GALAX, moves among the masses observing how and why they use his system. He returns hope for updates from the controlling AI, X, and his 100 chosen GALAXters who coordinate missions to “update the world.”

Hajime and Sugane participate in one such mission, stopping a shipment of spoiled milk to their school. The operation is moderately successful, but proves to Rui that there are many who still don’t trust GALAX. When a helicopter collides with a cable car, GALAXters are mobilzed once again, but X cannot work out a fix with present resources, so Rui is forced to summon the “Crowds” to aid them. 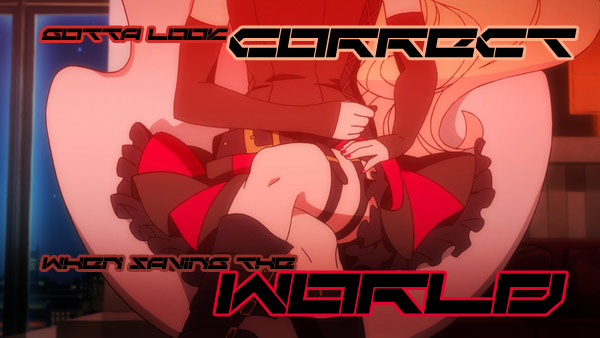 As he glided through groups of his fellow citizens using and enjoying GALAX totally unaware of it’s creator’s proximity to them, the cross-dressing Ninomiya Rui reminded us of the MESS: no one can see it, but it’s constantly changing its shape. Last week Hajime showed that they’re not necessarily an existential threat to humanity, even uprooting Paiman’s understanding of their mission. As Gatchaman operates as a force for good, so too does Rui’s immensely more visible and popular GALAX network.

The elusive, reclusive Rui is also the reigning monarch of a digital hive. Just one GALAX user is required to be present to notify all the rest, now numbering in the hundreds of millions. But that’s still a small number in a world of 7 billion, and if there are no bars or battery life left, those users are on their own again. So the system, while incredibly useful in building a better world, is neither perfect nor without skeptics. We’re eager to see what’s up with those elite-looking “Crowds”, and see if and how Rui and Hajime ever cross paths or join forces. They both want the same thing, after all.