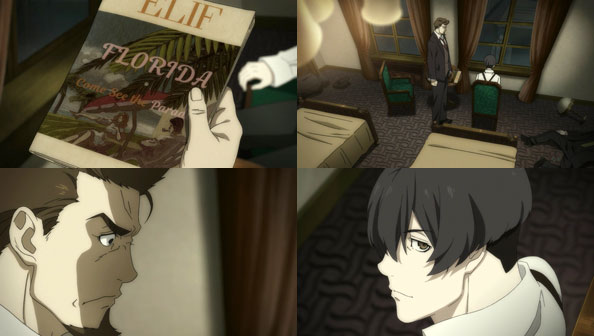 With Avilio’s grand revenge plan all but complete (but for Nero), this final episode is not a lot more than an extended epilogue in which the remainder of the Vanettis are wiped out, Avilio is captured by Nero, and the two kind of dance around each other until Nero finally does what he needs to do.

I’ll be honest: I’ve never been fully emotionally invested in any of the characters, even Avilio, and was never all that big a fan of Nero, so watching all of the underlings, whom I often couldn’t tell apart from each other, was a bit of a bore. Not to mention the tommy guns in this show were way too reliable (not a serious criticism, just sayin’).

I’ve also expected for a while now that Avilio would eventually end up succeeding but feeling utterly unfulfilled, in the same way Vincent was when he killed the Lagusas seven years ago, so the campfire confrontation isn’t all that impactful. These are two people who have been set up from the start to be unhappy and alone, and they’ve done too much to each other for there to be any outcome but one or both of them ending up dead. 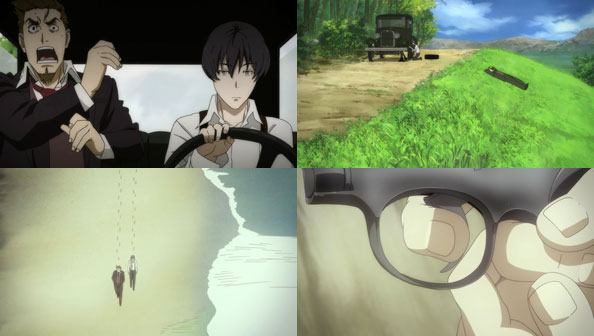 The bottom line: any and all hope this show had was wiped out back when Avilio killed Corteo, believing that last shedding of his humanity would be worth it, but it wasn’t. Avilio and Nero have a pleasant final road trip to the seaside, but only Nero gets back in the car and drives away, and we have no reason to believe he’ll be alive long with the new Don Strega and the long arm of the Galassias after him.

As their two pairs of footsteps are washed away by the waves, the lesson of 91 Days is clear: if you’re going to kill a family in a mafia coup, make sure you get all that family’s members. Nero can blame Avilio all he likes, but it was his nervousness/mercy that kept Angelo alive, leading to a life spent—wasted—planning only revenge.

Avilio’s time in Chicago was productive; he was able to strike a deal with the Galassias – just not the one Nero thought. Don Galassia takes a shine to Avilio, as the capable inside man who could help him get rid of the Vanettis.

But it’s also painfully evident that killing Corteo took a bigger chunk of Avilio’s soul than most of the killings. He’s barely keeping it together, catching glimpses of Corteo’s ghost off in the distance.

The stage for the final act of Avilio’s revenge couldn’t be more appropriate: the grand opening of Vincent’s opera house in Lawless. One gets the feeling like Vincent is willing himself to stay alive just to get to this evening. Little does he know Avilio has been looking forward to the evening just as much, if not more.

Avilio, Ganzo, Don Galassia and his nephew Strega all know the game plan, but things don’t go according to that plan, as Del Toro takes longer to bring down and Barbero gets wise to Avilio’s treachery.

It matters not, as Ganzo is able to free Avilio, killing Barbero in the process, and give Avilio a free path to Vincent and Don Galassia’s royal box, even as Nero is running off to stop a potential sniper all the way on the other side of the theater.

Avilio manages to do worse than simply kill Vincent: he kills Don Galassia, which is a death sentence to the entire Vanetti family. Strega takes out Ganzo, leaving Strega, Avilio, Nero…and not many others still alive.

Avilio is pretty happy with how things worked out, as he sits in an alley as sirens blare. The Vanettis have lost everything, just as he did the night his family was taken. But the cost is high, and his decision to kill Don Galassia made him an enemy of Strega, who finds him in the alley. Is he there to thank Avilio for getting his uncle out of the way for him, or to kill him for it?

While the animation continues to be a serious liability, the overall experience this week was some thrilling and heart-wrenching mob drama. Avilio did most of what he set out to do, but he’s even more of a wreck than when he first got that letter. All of this, like Vincent’s murder of his family, might end up being for nothing.

Ever since his reunion with Avilio, Corteo has been marked for death, and this week that finally comes to pass. Such is the fate of someone who can’t help but feel a brotherly responsibility to someone who does not truly intend to survive his quest for vengeance.

While having one last day of fun together outside Chicago, leaving Corteo behind represents a lasting shred of hope they’ll meet again when this is all over, but they meet much sooner than that, with fatal results.

As Nero plans the future of the family with his Dad Vincent, whose debilitating illness seems to be hampering motor function. But as we know, it wouldn’t be enough for Avilio if nature killed Vincent for him; he has to do the deed, and once he’s finished, he can finally be with his family.

Maybe it’s that drive to be reunited with them that leads to him and Corteo being so extremely careless at the pier, not even trying to conceal the fact that they’re there from eyes that Barbaro later bribes. Barbaro thinks he finally has the evidence he needs to get rid of Avilio, but he underestimated Corteo’s loyalty not just to his brother, but to his quest for revenge as well. After all, he’s come this far.

Nero will no longer suspect Avilio now that he’s shot Corteo (The ‘kill your friend and we’ll trust you’ is an old trope, but it works well enough in this case). But with Corteo gone, there is nothing left for Avilio but his revenge. His expression of barely-contained fire becomes that much more unhinged, as Avilio vows to join Corteo before long.

Just as Corteo has been marked for death all this time, so too has Avilio. But as he told Corteo, before he got the letter, he was an “empty shell”, merely surviving of picked pockets. The truth is, Angelo died when his family was killed. His body survived, but he’s nothing more than a ghost roaming the earth, seeking release to the hereafter. And that release is coming soon. I wonder, after all this, if he curses his younger self for running. 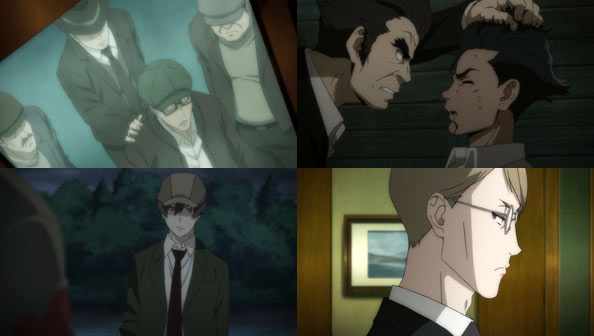 Corteo almost, almost gets the hell away, but at the last second, he’s picked up by Nero’s men; from there, he’s in for a spot of roughing-up and, well, torture (albeit of the off-camera kind) in order to get information out of him.

Having polished his mask for years, Avilio doesn’t outwardly betray how he feels about having his friend in such a situation, but Barbero seems to sense the conflict within him seething just below the surface. 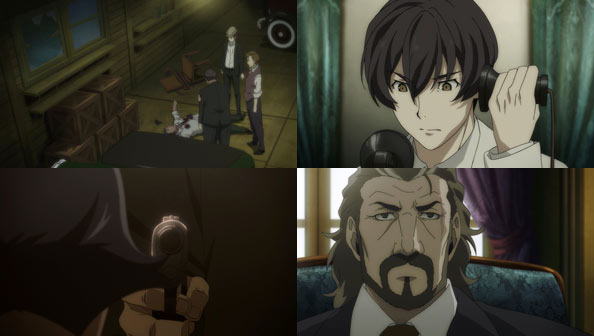 So when Corteo suddenly vanished, Barbero asks Nero if Avilio, who was nearby when it happened, can really be trusted where his childhood friend is concerned. Nero, however, has complete confidence in Avilio.

I wondered myself if Avilio had something to do with Corteo’s release, but then he gets a mysterious call from his friend, warning him that if Nero isn’t dead by the same time tomorrow, he (Corteo) will be killed by his captor—who is the one who wrote him the letter in the first place.

After Nero is named the new don in a very dramatic transfer of power that owes much to The Godfather (as does this show’s logo) what with all the hand-smoochin’ going on, Nero gets piss-drunk with Corteo, who keeps watching the clocks, and for the hour when he’ll have to choose: Nero, here and now, or Corteo. For a moment, the knife stuck in the ham looks mighty enticing.

But not yet. The question of who wrote the letter, and who the fourth person was who was there the day his family was killed, continues to fester…until he puts various pieces together to conclude that the man who wrote him the letter is…Uncle Ganzo. Wait, who?

Don’t get me wrong: it was chilling to hear someone who isn’t Corteo call Avilio Angelo, and I’m deeply intrigued by what this means moving forward. But the truth is I really didn’t notice the guy that much until this week, when he seemed to be mentioned and featured more prominently. The twist would have had more impact if I’d knew Ganzo better.