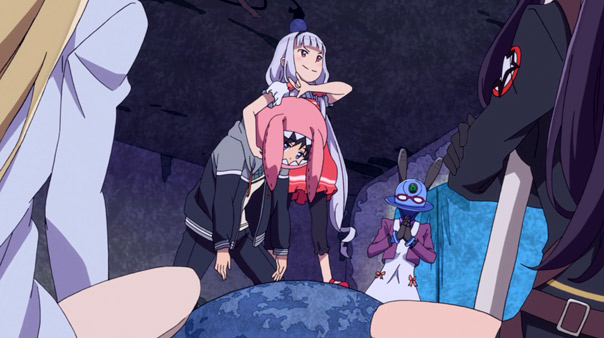 We’re only hearing about this now, but apparently all of Japan is locked in a brutal civil war between Tokyo and the rest of the country, and Tokyo is winning. Only the district of West Udogawa has remained neutral, but the threat of Zvezda is used as an excuse to invade. This week Zvezda’s HQ is destroyed and its members apprehended one by one.

The show attempts to preserve its laid-back, tongue-in-cheek, optimistic tone throughout, but there’s still a pall of despair and desperation over everything. Without their lair or transforming powers, Zvezda is just a bunch of wide-eyed dreamers in ridiculous garb hiding in a playground, but Governor Asuta (on his own conquest kick) has decided now is the time to snuff them out once and for all. 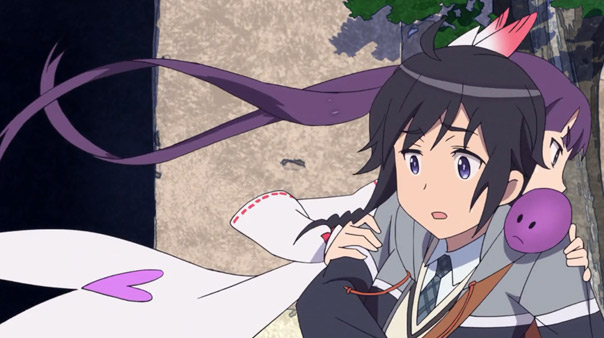 To that end, White Light is absorbed by the Tokyo Special Forces, with Falcon becoming a city hall stooge, Egret installed as new commander of the puppet force, and Robin given the task of helping round up what’s left of Zvezda, knowing Asuta’s among them. It’s here where her fierce personal justice—for which she was originally recruited by Falcon—tells her she’s on the wrong side.

As if to clear her vision of the artificial justice the powers that be purport to uphold, Renge sheds her mask, stands between Zvezda and the guns. Asuta decides to surrender to his father, but as far as his father’s concerned, he’s a casualty of conflict. Renge whisks him away just in time, but as the curtain falls on the episode, they, like Zvezda, are still on the run with very little in the way of power. We’ll be watching with great interest to see if and how their justice serves them in the closing acts.