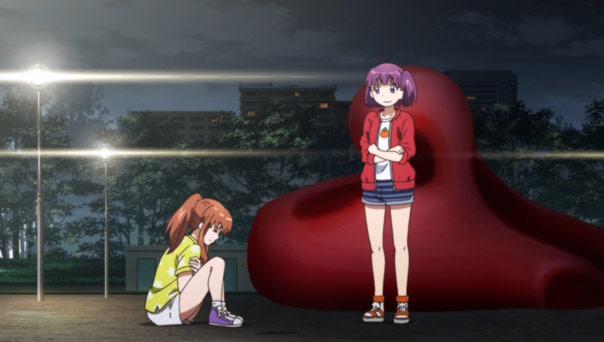 This week, Ryou lets herself rely a little more on Kirin, even though a little voice inside her is worried she’ll be too much of a burden…not to mention the fact she hasn’t had anyone do anything for her since her grandmother died. Doing things, particularly cooking, by herself, means she’s developed very particular ways of doing things, and she can’t help but be worried someone else won’t know those particular ways. Relying on people also means letting go and yielding control. 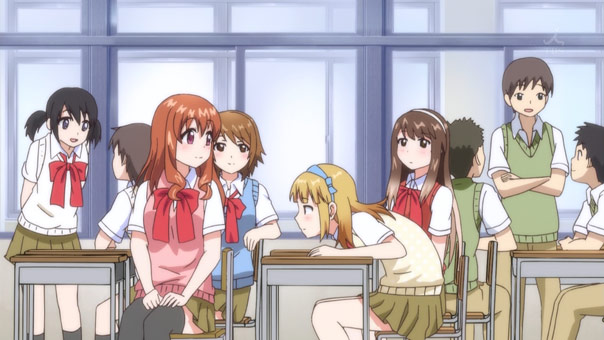 However, this episode isn’t just about Ryou relying on, or rather letting go and putting her trust in Kirin’s cooking. Ryou, never one for athletic activity, asks Kirin, a thin, compact, lithe, and thus naturally more coordinated girl, to assist her with training, so she can hopefully avoid nosebleeds, ankle sprains, and other mishaps. 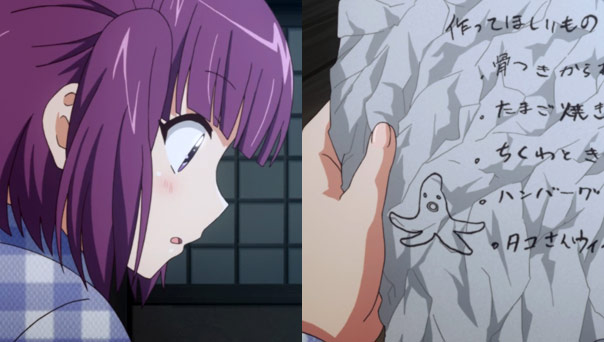 All of Kirin’s assistance with the training, on top of her plans to prepare a special bento box for Ryou, seems like too much, so while Ryou makes a wish list of dishes, she quickly scraps it. After all, each of those dishes require a lot of myriad ingredients and techniques to make. Kirin knocks over the wastebasket in the middle of the night, finds the list, and decides right then and there to make it a reality for Ryou. 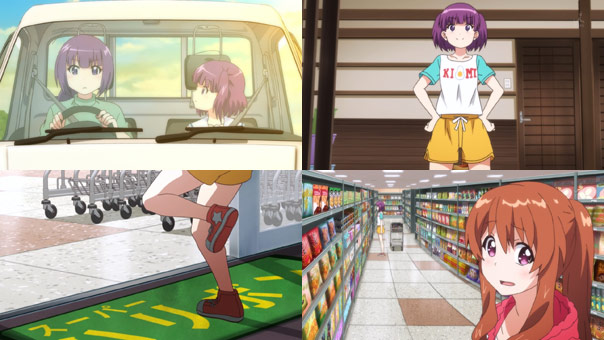 As Ryou’s field day approaches, Kirin asks her parents and gathers as much intel as she can about the impending bento mission. She even jogs/powerwalks into a grocery store to pick up what for Ryou seems like a suspicious amount of groceries. Kirin admits she found the list, and despite Ryou’s protestations, she’s going to give it her best shot. 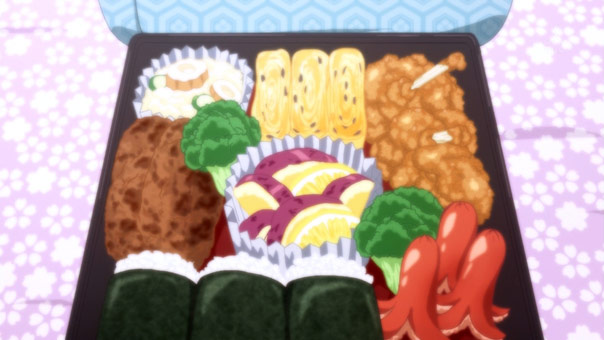 The resulting lunch is something I would love to be able to make and eat everyday: fish sausage and cucumber salad; tamagoyaki with kelp, bone-in fried chicken, tako weiners, Salisbury steak with chopped cheese nibs, broccoli, sweet potatoes with lemon, and rice wrapped in nori. All of it looks mouth-wateringly delicious. 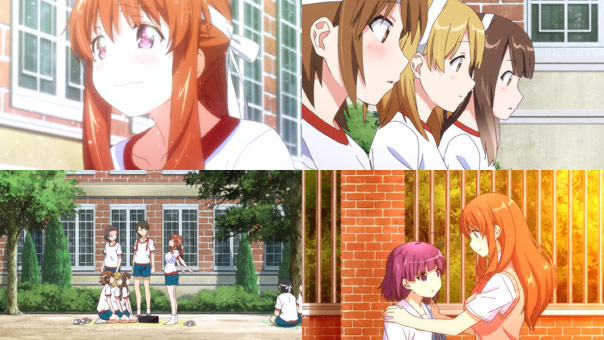 Every morsel is like music in Ryou’s mouth, to the extent she can’t hold in her exuberance for the excellence of the meal, leading some peers to wonder if she’s afflicted with some form of chuunibyou. Her threee classmates see and taste the veyr same bento, and are disappointed with how straightforward it is, which just goes to prove that flavor is in the eye, or rather mouth of the beholder.

It all tastes so good for Ryou because Kirin made it for her, and it’s infused with a love the other girls can’t detect. Also, while it’s all basic bento dishes, the fact Kirin made them all for the first time and they turned out as well as they did is impressive. It’s just like her grandmother, whose food might not have seemed all that special to anyone else, but it meant the world to Ryou. So does Kirin’s cooking.