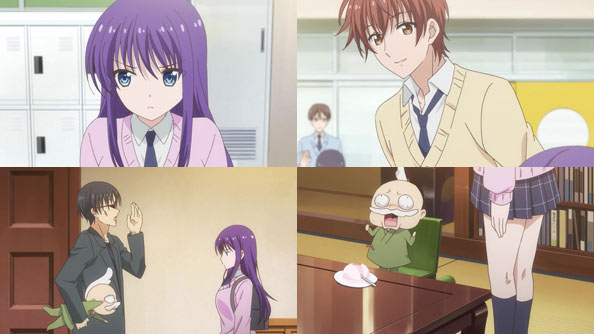 In this half-length rom-com, Love isn’t War, but it is an unknown concept to Horie Ao. She hates men, whom she views as rabid demon animals who will fill any hole, and needs neither friends nor her youth. She just wants to study hard enough to go to a university far away from home.

Ao’s classmate male Kijima keeps approaching her to talk, and seems friendly, but she suspects he’s just like the others, a rabid animal hiding their true slobbering face. But when she resolves to tell him she hates him and wants him to stop talking to her, she finds out that things aren’t so simple. 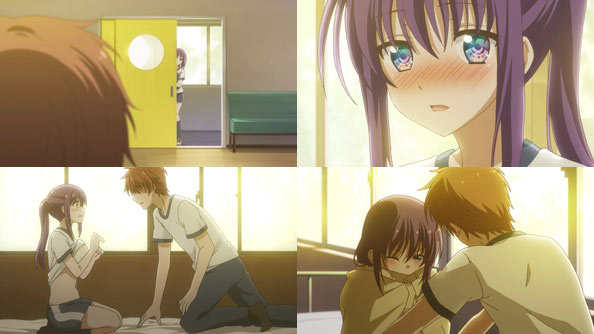 This results in a ridiculous scenario in which she is asked to deliver his uniform to the nurse’s office, and her dad somehow teleports in and lifts up her shirt with a fishing pole, which is pretty dumb! And since Dad’s so small Kijima doesn’t notice (?) and thinks Ao is throwing herself at him. He covers her up, telling her to value herself more, then confesses that he’s in love with her, leaving Ao stunned and with no idea how to begin to respond.

Ao’s dad may be a lecherous little creep, but she needs to learn that not every member of the opposite sex is quite that bad, and there is already evidence Kijima is nothing like the sex-crazed animal she imagined. Perhaps interacting with him on a more consistent basis is the first step towards a healthier approach to social interaction.

This isn’t nearly as sharp or sophisticated as Love is War, or as diverse and manic as Chio-chan no Tsuugakuro, or as weird and touching as Hinamatsuri or as warm and cozy as WotaKoi. In my advancing years I’ve apparently developed more stringent standards for my comedy and rom-coms. ACS isn’t exceptional in any way, and will have to work awfully hard to keep me interested, even as a guilty pleasure. At least it’s short.