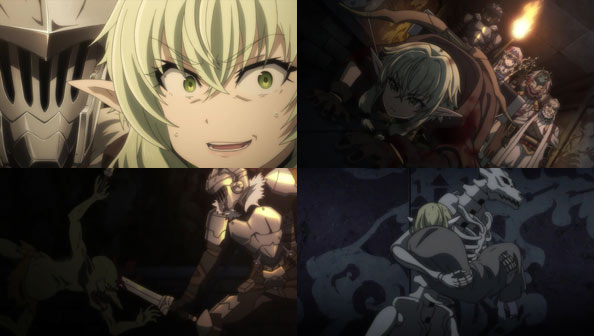 The High Elf Archerhad no idea what she was getting into when she teamed up with ‘Orcbolg’. At first, it was kinda fun, sitting ’round the campfire, getting a bit drink, nibbling on melted cheese, teasing him about his helmet. It was the start of an adventure she was hoping to have.

But upon entering the once-grand ruins taken over by goblins, and finding a nearly-dead elf much like herself hanging from chains, things suddenly aren’t fun or exciting anymore. They’re sobering and dark and cruel. GS brains the goblin behind the poor woman, who is carried off to safety by one of the Lizardman’s conjured dragonbone warriors. 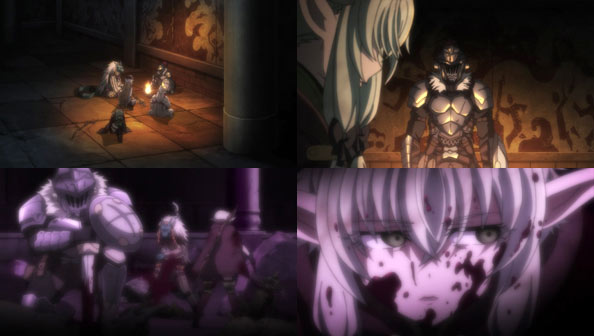 The experience of suddenly encountering a fellow elf in such a state lingers; the High Elf Archer looks traumatized and weighed down. The GS doesn’t have time to comfort her or anyone else; if anyone can’t continue, they should go; otherwise, they should stay.

She decides to stay, not feeling at all right about abandoning the party (especially since she’s the best ranger and marksman among them). But then GS comes up with a plan to take on the far greater goblin numbers…and it isn’t exactly sporting. They basically cast Stupor and Silence on them, and kill them in their ‘sleep.’

At first, the Archer wants revenge for what the gobs did to the other elf, but after the sixth or seventh or seventeenth goblin she’s repeatedly stabbing and letting the blood splatter on her face, she’s kinda not feeling it anymore…or feeling anything for that matter. She looks numb, and hard, and wonders how GS could have done this alone for so long. 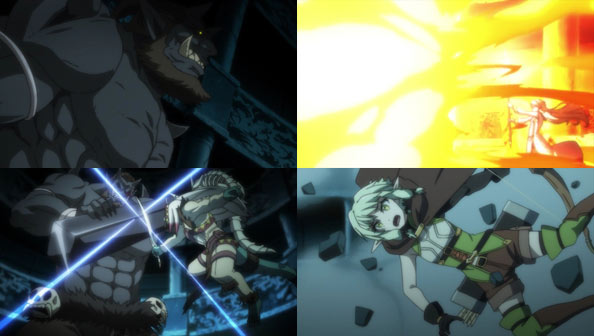 The next stage isn’t as easy as slaughtering sleeping gobs, however, as it turns out they’re being led by a massive ogre, capable of speech (and trash talk). The parties’ efforts don’t really seem able to put a dent in his thick and quickly regenerating skin, the Priestess runs out of miracles for the day protecting them from fireballs, and the GS gets slammed hard against a column and briefly stunned.

When he has a couple potions, he gets back up and carries out another “plan”, which is to use a gate scroll to “transport” water from the bottom of the sea into the same space the ogre’s body occupies. The high pressure water cuts him in pieces as a blade would. 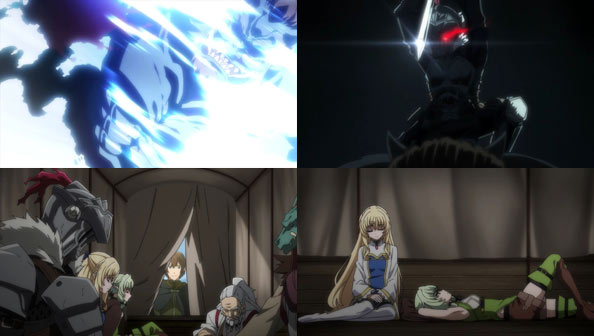 After finishing the ogre off with a sword to the brain, the party exits the ruins and are met by a friendly group of elves eager to join the fray…but it’s already all over. The party members wordlessly board the wagon. What is there to say? As the High Elf Archer later tells the Priestess, whatever that was, that wasn’t adventuring.

It was savage, joyless drudgery. Even if the end result was one of her people was saved and many more made safe by eradicating the goblins and the ogre, the way it was done just left a bad taste in her mouth. But more than that, she doesn’t like how easily the GS abosorbs such experiences as if they were just business as usual.

It goes a long way to explaining how he ended up so taciturn, unemotional, and obsessed with doing only what is necessary. She wants to show him another way someday, if it’s not too late for him.