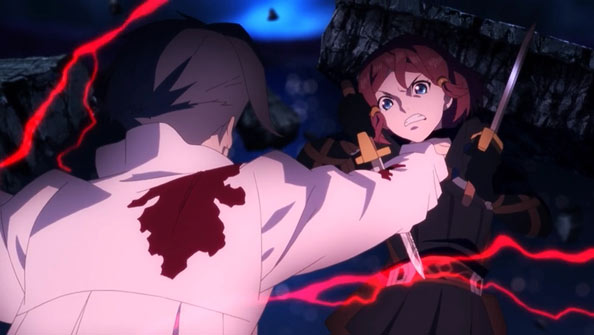 Before Rose can “kill him”, Prince Konan turns into a hellion and grapples with Rose until the very castle towers around them crumble and fall, sending them into the lake below. Sorey grabs hold of Rose and the two end up washing ashore, none the worse for wear, at least physically. 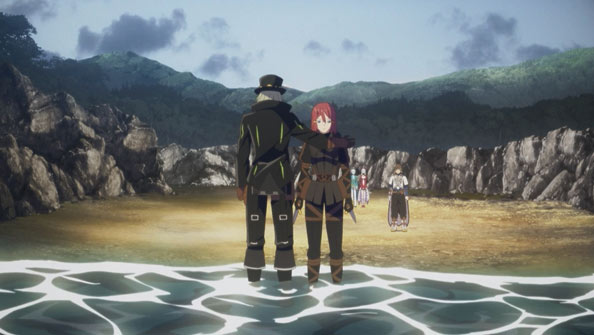 Rose’s mental state is another issue entirely. Upon getting up from the beach, she wanders around listlessly, as if she’s no longer sure what to do next or what her purpose is. She tries to go out into the lake to “finish” Konan, but everyone, even Dezel, bids her not to go; that her work is, indeed finished. Hellion or not, Konan is gone, as is the object of hatred that has fueled her ever since Brad was killed. 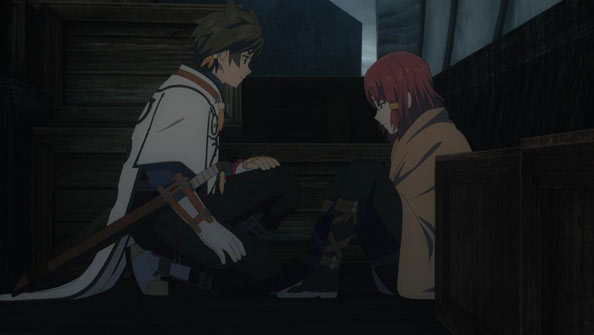 As they continue on the long journey to Pendrago, Rose sulks in a wagon, periodically conversing with Sorey, who doesn’t leave her side, nor will he abandon their friendship, even though he now knows she’s an assassin. Sorey takes the hard line of all killing is bad, no matter how noble the cause.

It’s a position it’s not hard to see him having, considering the human emotions that drive them to fight and kill each other is directly responsible for the malevolence that is causing global calamity. When Rose asks if the ‘work’ she’s done killing people “who need to be killed” to help the greater good—the little guy—was all for naught; Sorey can’t answer in the negative. She’s strong, but she’s been directing and expending her energy the wrong way. 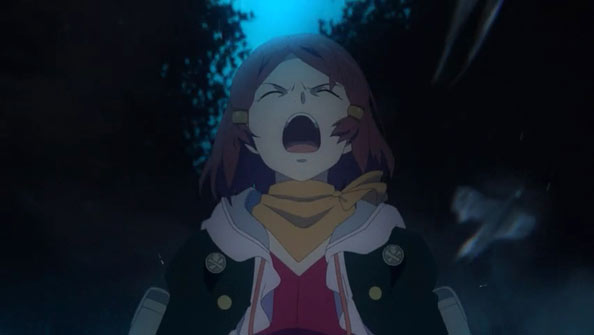 There are some nice moments this week between Rose and Sorey, I mostly enjoyed the road-trip flavor of the episode, and riding through a wraith-filled forest made for some decent action.

However I also feel like Sorey and his Seraphim have been repeating themselves of late, and I also had a pretty good bead on Rose’s background and her motivations up to this point, making the flashbacks of her meeting Brad and joining the Windriders feel necessary.

I’m also unsure exactly how Rose’s severe crisis of purpose and identity is going to be resolved. Maybe arriving in Pendrago will bear some answers. 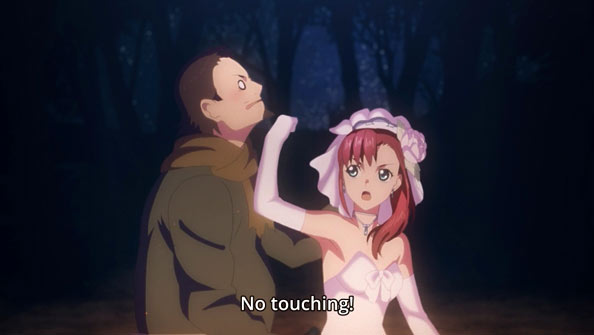 Rose has just learned the location of someone she’s been looking for for years, Prince Konan. She was betrothed to him as part of a deal for peace, but Konan betrayed her and her father Brad, and killed most of the Windriders. Now it’s time for justice, and Rose drops everything to seek it. 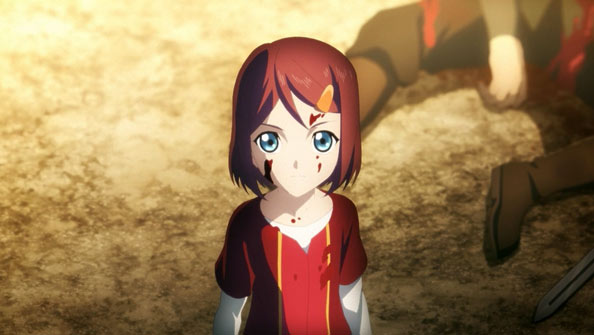 It’s her duty, both as daughter, scorned bride, and leader of men. Not to mention, killing people “who deserve it” comes naturally to her, having been trained to do so from a shockingly young age. If Prince Konan is “in sight”, unlike “unreachable ideals”, she’s going to take her shot…unless someone stops her. 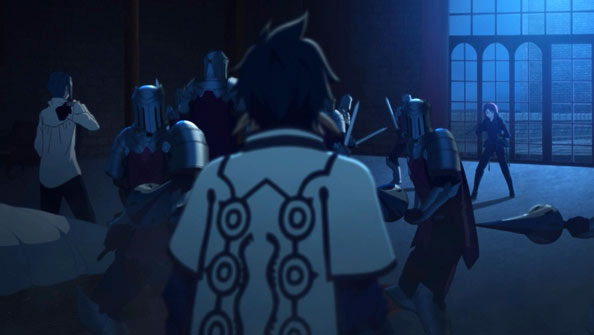 Sorey sent Mikleo to follow and watch Rose’s “guardian devil” Dezel, and Edna accompanies him. Once they learn what Rose is up to, Mikleo rushes to get the Shepherd over there before Rose can succeed.

Prince Konan may be another dull, scenery-chewing villain, but it’s Sorey’s and the seraphims’ firm belief that no one deserves to be killed, and more to the point, no one deserves to have to kill. Considering all the malevolence flying around ruining shit, it’s hard to argue with them. 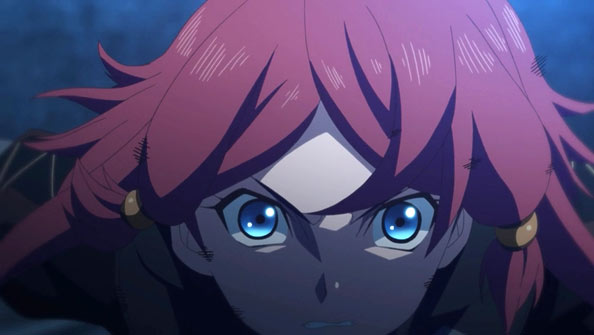 Somehow Rose fails to kill Konan in her first attempt, but the credits roll before we can see for certain whether she succeeded in her second, or if Sorey & Co. are able to stop her. If Sorey can’t save Rose—whom I’m sure he considers a friend despite not knowing about her other side until now—he may start to wonder who he can save.