This week Chiyo doesn’t make any notable progress in advancing her relationship with Nozaki-kun. But that’s to be expected in just the second episode, when several quirky characters who appear in the OP still need to be introduced. This episode unveils two of them: Nozaki’s friend Mikoshiba “Mikorin” Mikoto in the first half, and Chiyo’s friend Seo Yuzuki in the second. Both feel like fun additions that expand the show’s avenues for comedy.

In that regard, the two are getting closer in that they now know each another’s friends. What’s so funny is, neither really knows why the other is friends with them at all, as they’re both quite the handful. Mikoshiba is a playboy immensely popular with the girls, but he’s embarrassed of his own over-the-top flirtations. Despite his looks and typical behavior, he’s a super-shy dude. 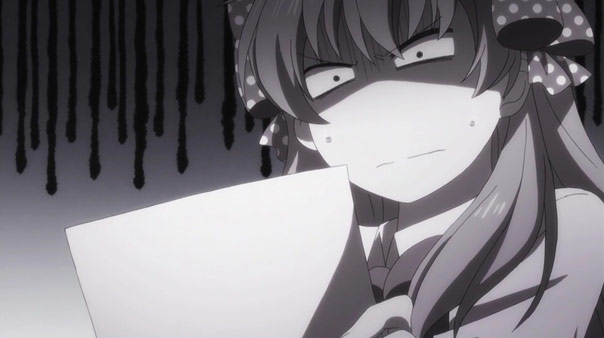 He and Chiyo don’t quite get along at first, and Chiyo mostly tolerates him as he looks down on her, then relying on her to keep busy at Nozaki’s studio. After a game-show inspired “draw-off”, it’s established he’s not good at drawing anything…except for the flowers and details that surround characters, which he’s really good at; though not enough restraint with that element makes for irritating heroes. (The draw-off also shows Chiyo’s really good at classical rendering.) 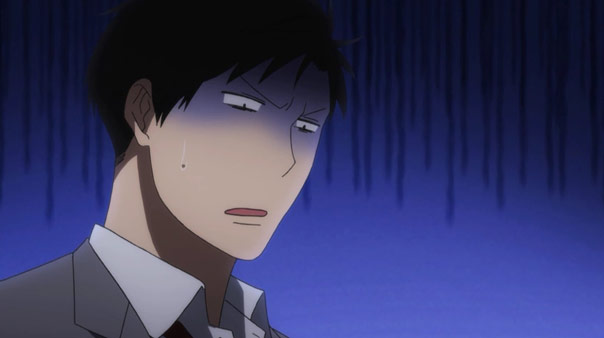 What’s great is that Nozaki uses Mikorin’s personality as a model, not for his heroes, but for his heroines, something made plain as day to Chiyo after a cursory gaze at one of Nozaki’s pages. When he wants to come up with a new model and asks Chiyo if she knows anyone appropriate for a shojo character, Chiyo comes up with her friend Seo Yuzuki. 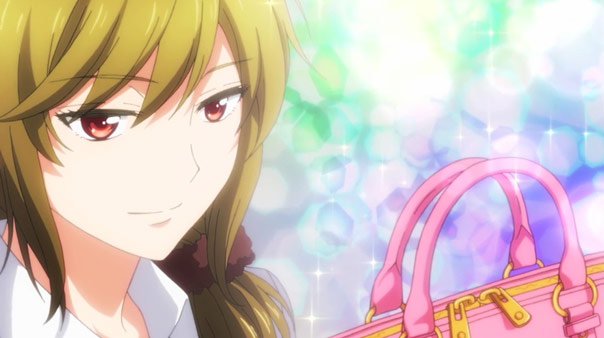 Yuzuki just happens to be running for her life from teachers like some kind of delinquent, and when Chiyo tells Nozaki Yuzuki gets people angry easily, Yuzuki demonstrates it right in front of him, though not intentionally. She’s simply extremely oblivious, also ably demonstrated as she walks through a photo being taken, over wet calligraphy ink, and right between a guy confessing to a girl. 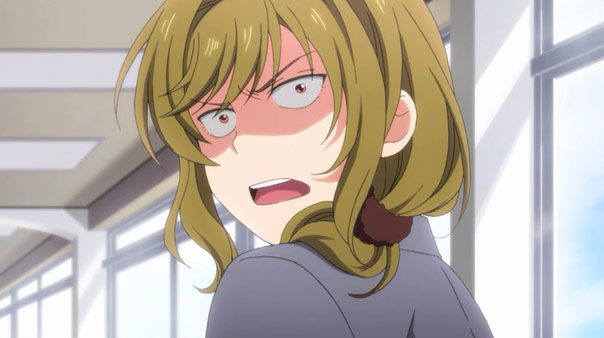 Her antics on the basketball court—and the way in which the team (and ostensibly other sports teams) use her as an example of what not to do—are also a reliable source of laughs, especially considering she believes her problem is she’s too perfect. Still, her charm and charisma wear Nozaki down until he’s happily taking her half of the work a teacher assigned them. Sometimes she can seem like pure evil, yet she the singing voice of an angel. 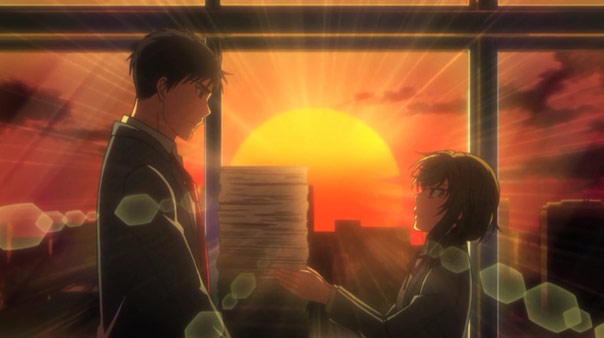 She really reminds us of a more oblivious Himeko. In fact, the whole episode had a similar air to Sket Dance’s excellent ninth episode, in which a mangaka is looking for interesting characters around school, and the Sket-dan make a highly unconvincing case for themselves until the last minute. Nozaki and Chiyo need similar convincing that there’s more Mikorin and Chiyo than their very evident negative qualities they exude at first blush.