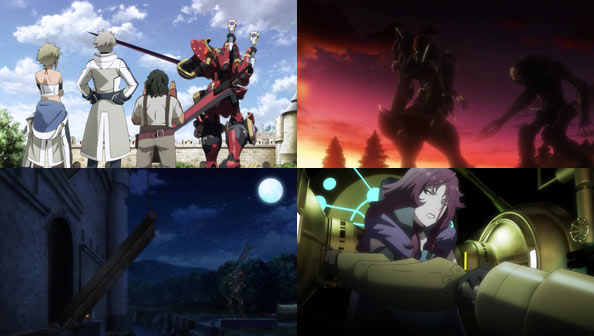 As Dietrich, and Edgar head to Fort Casadesus in their suits (along with Ady, Kid, Baston and David), the Order of the Bronze Fang steals a mech and uses it to Trojan Horse their way into the fort, stealing several other mechs in one of the most action-packed and satisfying K&M’s yet. 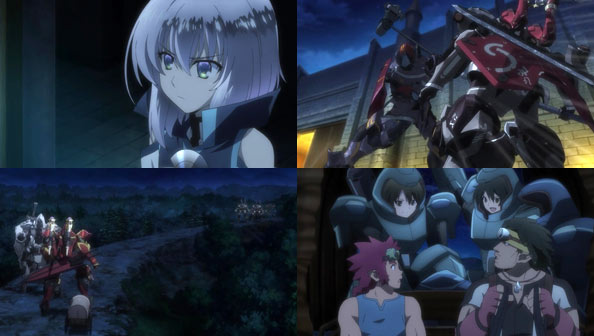 Eru is eager to get in on the action, but Dixgard warns him to take it easy, as he’s no mere student anymore, nor a foot soldier: the information in his head is indispensable, and he must act accordingly. Meanwhile, when his friends just happen to block the Bronze Fang gang’s escape, Addy and Kid use the gear and training Eru gave them to support Dietrich and Edgar against the far more grizzled and experienced Bronze Fang forces. 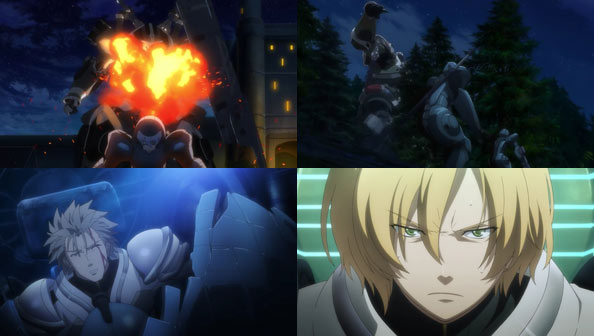 Eru casually eliminates the remaining threats in the fortress before heading off to assist his friends, for whom the Bronze Fang and their leader, Lady Kerhilt, prove to be more than able opponents. Kerkilt takes down Edgar before fleeing, and then lures a hige force of duel-class demon beasts to cover her tracks and distract Dietrich.

But this isn’t the old Dietrich: he’s done running, and with the help of Addy, Kid, and eventually Eru and the Fort’s brash Knight Commander, they eliminate the beasts by dawn. 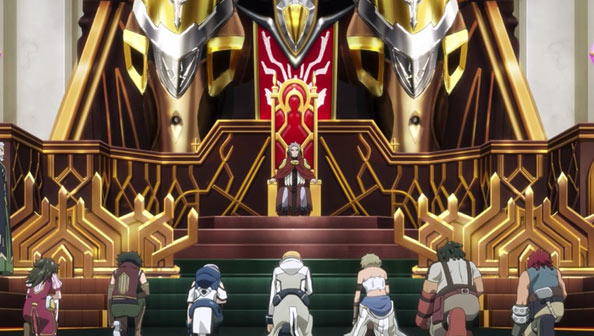 Now that they know a formidable enemy or rival is eager to possess the Silhouette Knight development secrets Eru & Co. are working on, the King decides it’s time to heighten security and secrecy. To that end, he appoints the entire team the new knightly Order of the Silver Phoenix. Very cool. And Edgar, while injured, will be fine.

But while Eru’s research and development should continue, I’d also make it a high priority to track down Kerhilt’s hideout and retrieve or destroy the tech she stole, lest she and her order continue to be a thorn in their side. It would also be useful to learn exactly why Bronze Fang has it out for the Kingdom.