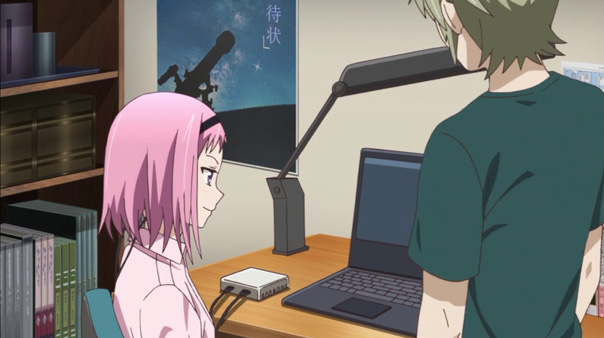 After returning from Akiba, Ryouta drops Kazumi off and tells the other girls he’ll take care of the rest on his own. But in the wake of their “first date”, Kazumi isn’t satisfied. Under the pretense of helping him pinpoint the location on the device, she ends up at his house, ready to take the next step with him. 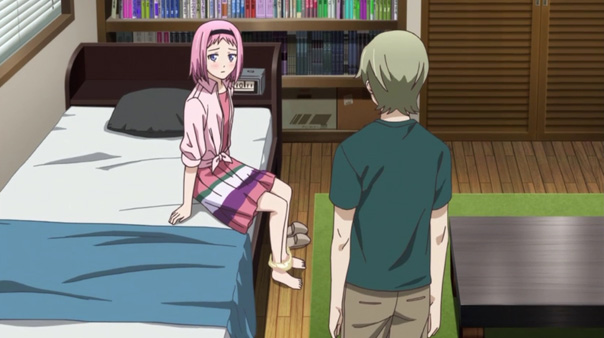 While she rightfully tells him she doesn’t need a logical reason to want to sleep with him, the truth is she has one, and it’s the same reason she enjoyed their Akiba date so much: Her time on this world is cruelly short, and his could be too when he goes on the next wild goose chase. Going forward, her first time for many things could well also be her last, so she’s in a hurry to have them.

Kazumi continues to cement her role as the most compelling and endearing of the girls, the one who embraces her mixed-up adolescent tendencies and raw humanity with abandon. She knows she may never reach later stages of life, and she’s clearly terrified. But she’s also scared of actually doing it, so when Ryouta accidentally causes her to make a strange, “freaky” sound, she halts the proceedings, admitting it’s all probably too much for him (and her too, if she’s honest). 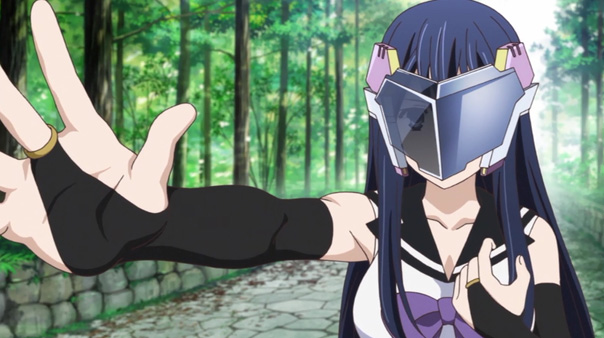 After a night of innocent spooning, Ryouta heads off on his own, and quickly finds he’s in over his head. Fortunately for him, the girls didn’t heed his call to hang back. For all his good intentions (and photographic memory) he’s still too weak to protect them on his own. So Kana gets a death vision, Neko storms in with her destructo-powers, Kazumi jams the radio, and when the chief has Ryouta pinned, Kotori teleports him away. 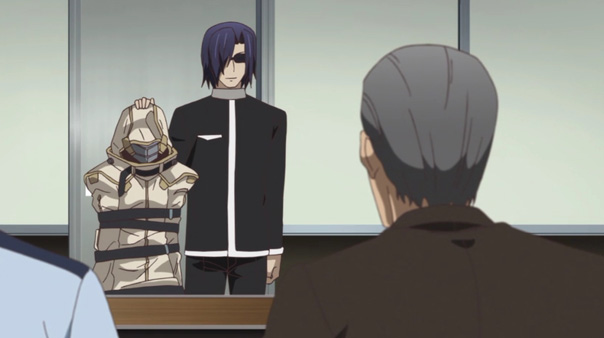 It’s a good full team effort, but they were never going to struggle that mightily against normal humans. Nanami, the next girl sent after them (Neko, specifically), will be far tougher. Kazumi revels in her humanity and femininity by shedding clothes all the time, but Nanami’s status as a captive tool is accentuated by the belts and a hood she’s wrapped up in when not in use. Still, like the others, she wants to live, so she’ll obey her bosses. And because we know full well her bosses won’t let her live, you can’t help but empathize with her too. 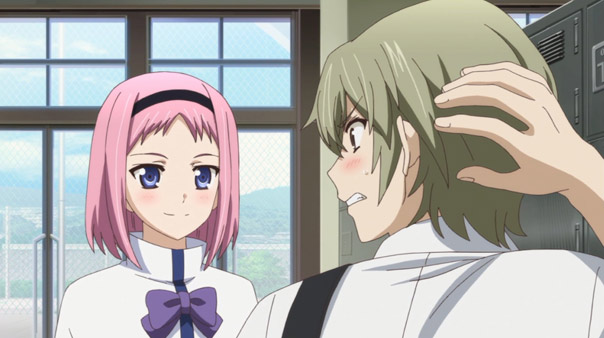 Murakami Ryouta didn’t ask for a harem of escaped super-human hotties. He got saved by one of them in a mudslide, felt compelled to help her, and one girl led to another until his Observatory of Love grew to four. Their salvation is his crusade, and worrying over them is a full-time job…though he has a part-time job tutoring nosy pipsqueaks. 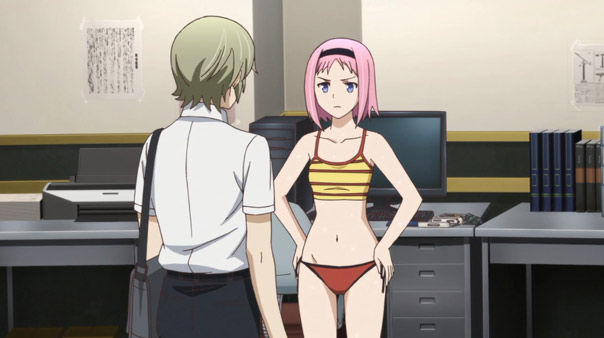 At his present level of involvement in their…situation, there’s no way someone like him wouldn’t blame himself if some or all of them were to meet their doom, which could come slow when they run out of pills his uncle can’t copy in time, or fast when the next lab-assassin, Nanami, rears her twin-tailed head. 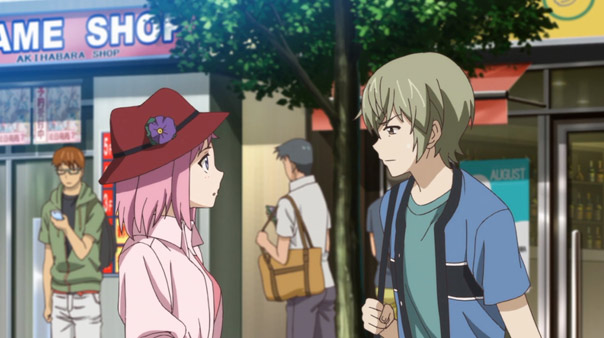 His options are all but limited to storming the lab where they escaped from and stealing more pills, and the timing is limited to a month. This is not an ideal situation, and the chances of success with any plan are slimmer than Kazumi’s figure, but in the meantime, the girls still have their lives. If he can’t save them, he’s not going to stop them from living them. 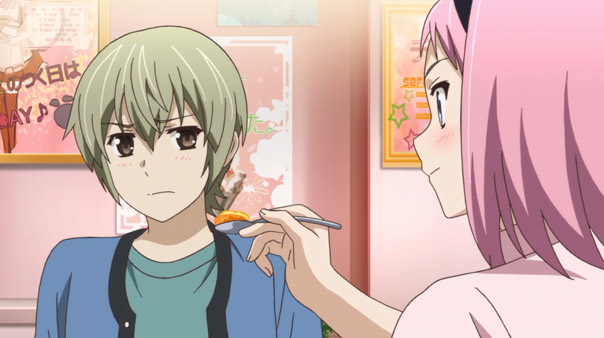 To that end, Neko goes to Karaoke and gets hit on, and Ryouta takes Kazumi to what turns out to be a date to Akiba. Here, Kazumi’s gentler, sweeter side really shines through; it’s the kind of perfect day you expect a show to give someone before killing them. I hope I’m wrong, because Kazumi’s kind of the life of the party.