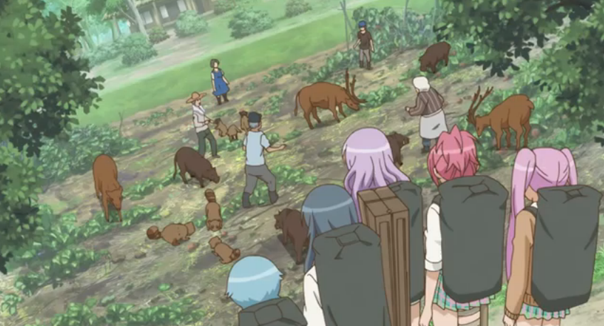 While lost in the mountains, the Survival Club stumbles upon a village in distress. Vermin (raccoons, deer, etc) are devouring the village’s food supply — but the girls can’t bring themselves to shoot the cute little creatures. Then they meet an old hunter and learn about hunting culture in Japan and, ultimately, are incensed to become legal hunters. (end act 1) 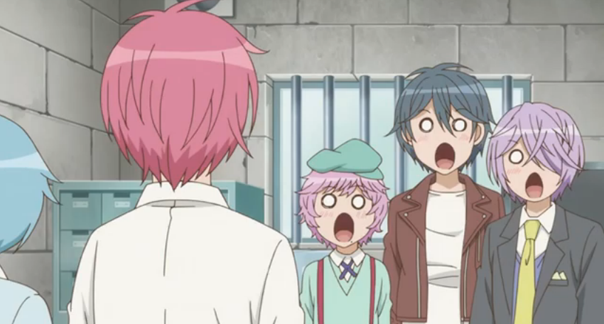 The girls attempt to ‘feel like men’ by dressing up but Momoka can’t get it right. Enter Kaya’s cosplay skills and soon Momoka is transformed into a mega hottie prince. Being Momoka, she wanders off from the group and tests her skills as a lady-killer. It goes great until she goes to far and all the wolfishly boy-hungry girls of her girls-only-school chase her around. 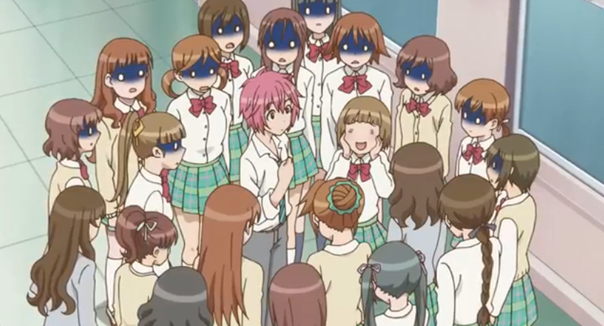 Trapped in a room with a tiny window, Momoka is forced to strip and smear herself in oil to escape. The clothes she left behind start the myth of a fairy boy living on campus and being naked in the bushes leads to some awkward photographs. Also, some leg-grindingly awkward molestation by Urara. 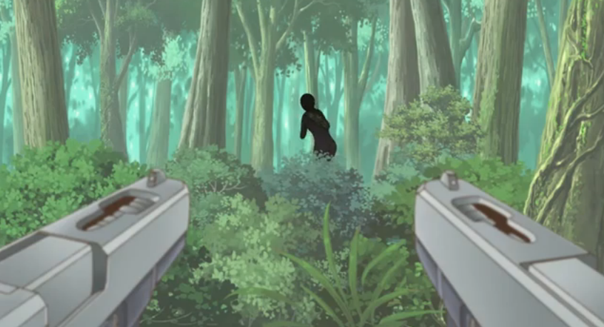 A stranger invades the school and the club sees their chance to shine…only to get completely destroyed. Uraura’s bangs are cut straight, Maya ends up in a track suit with french braids, Miou ends up in pig tails. Even with a minigun the attacker can not be stopped!

Turns out it’s Momoka’s mom, who wanted to slip onto campus undetected in order to give Momoka lunch without embarrassing her in front of her class mates. It’s weird. It’s funny. It’s another sign that Momoka’s mom is not what she appears! 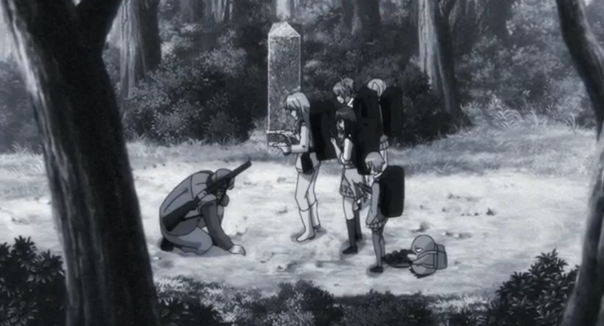 There’s a great “im going off to die” warrior vibe to the old man hunter, musically and visually. it’s snot bubble funny too, since the last gunshot he fires off in the distance would usually signifying his death…but he’s fighting cute and physically harmless woodland creatures! 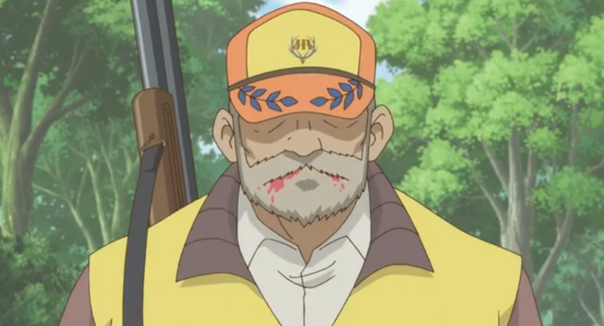 Additionally, the opening arc was very very very very talky about the decline of hunting in japan and the process to get a license and the law around it. I can’t verify how accurate the info was but it’s interesting to think that an bonkers crazy anime could actually be an effective marketing tool for a societal concern. 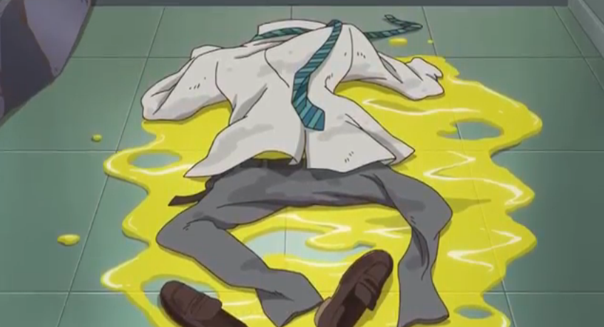 Act 2 was a little weaker than average. I guess it was funny but it was so short, like the Yakuza plot last week, it just didn’t grab me that much. 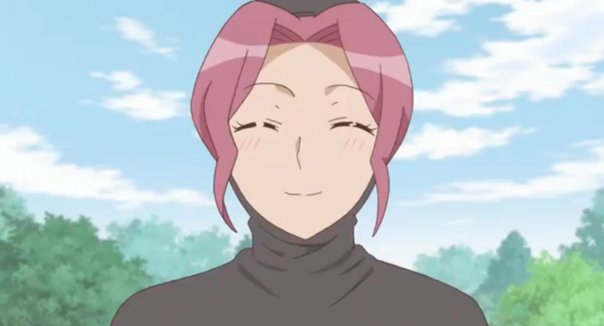 Act 3 was short too, and light on humor but, because it flashes back to Act 2, the segment felt like it was part of something larger. Besides, who doesn’t like Momoka’s weird ninja mom?!

I can’t wait for a Momoka’s Dad episode. Who knows what kind of weirdness that’ll cook up. 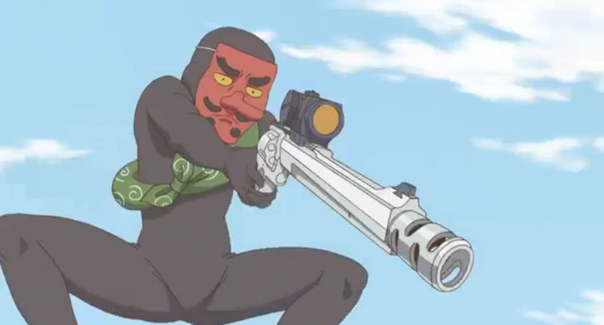 Another good week but a hair down from last week and certainly Sabagebu! is struggling to top the toilet incident two weeks ago. I can’t really complain though. The weirdness is just more specific and more personal than the other B-list comedy competitors this season.

Above all else, the Survival Club Girls are having FUN! And it’s fun to watch them have it.