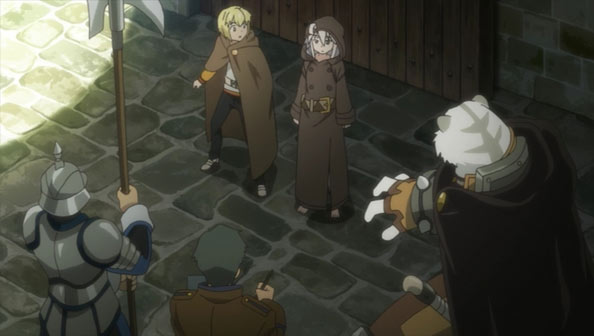 This week the party of Mercenary, Zero and Albus arrive in the bustling trading town of Formicum. Zero reports to the guards at the gate that she and Albus are Merc’s sex slaves, and they’re allowed to pass at half cost…though it could be argued you can’t put a price on Merc’s reputation. 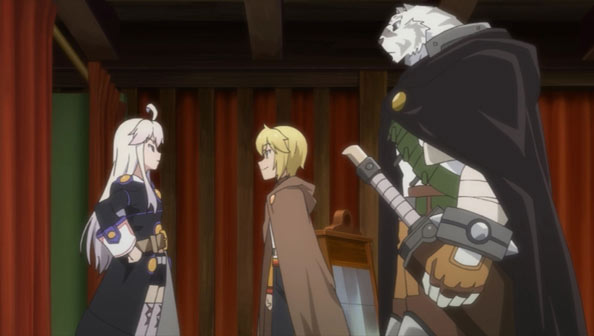 Once there, Zero shows Merc some gems, and he tells her she only needs one small one to buy a fine set of new threads, which she does. I like the look, even if the clothes are a bit baggy on her. Zero also shows off her utter lack of modesty by trying to change in front of men and women alike. That’s so Zero! 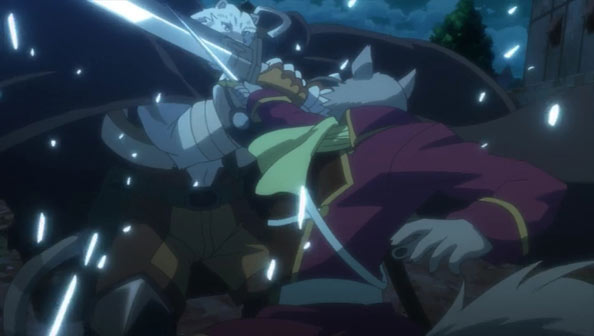 Once they’re settled in…at an inn, Merc tries to sneak out but Zero spots him and they go out drinking, only to re-encounter another Beastfallen who has three captive girls who Zero knows are not witches. So Merc enters and wins a duel with the wolf-man and the girls are freed.

The sprightly dialogue between Merc and Zero continues to entertain, and it’s always fun to watch Merc take down a baddie. But as Merc’s defeat is never remotely in doubt, the whole episode lacks any kind of serious stakes. Still, it’s a pleasant enough watch for an overcast Monday afternoon. 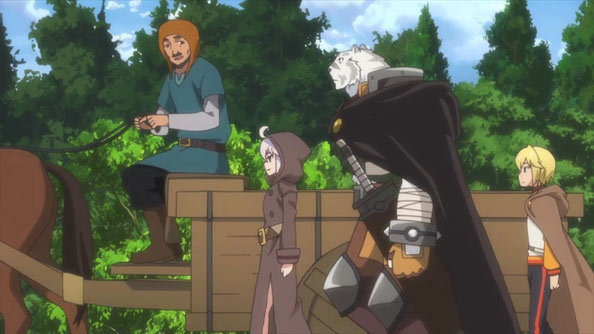 Wenias is a world where inaccurate assumptions abound while forgiveness is in short supply. It’s in a state where most witches hate humans, most humans hate witches. And it’s one assumption—that Mercenary is a witch-hunter rather than a present witch-harborer—that leads to an episode of trouble for Merc, Zero, and their third member Albus. 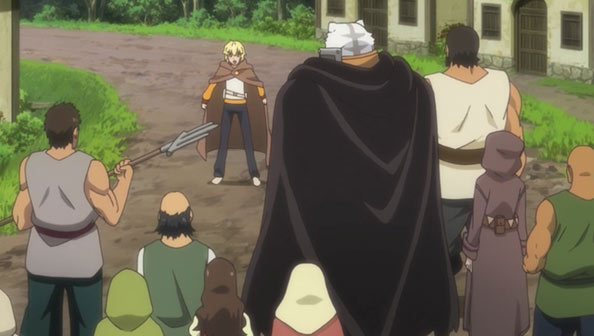 Merc & Co. are welcomed to the village with open arms, because they appreciate his service as a beastfallen witch-hunter. But when an old woman reports a ring stolen and Albus produces that very ring (which he found in the spring outside of town), the villagers, wracked with grief and pain from witch raids, turn on a dime and demand justice. 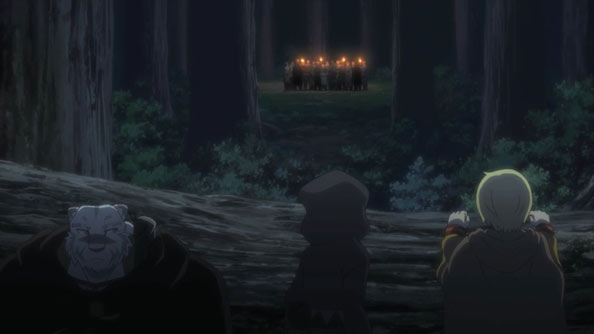 The villagers have been through too much, and suspect outsiders so much, that it doesn’t matter if Albus is in fact innocent, and they’re immune to calm discussions, only taking it as further proof of guilt. So Merc has to scoop up Zero and Albus and skedaddle while they still can. But the villagers, desperate to blame and punish someone for their ills, pursue them deep into the forest. 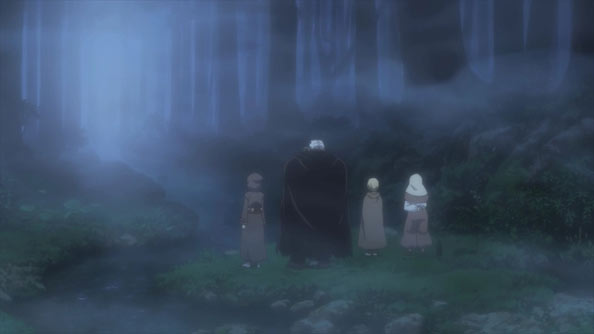 Only one villager—the old woman who lost the ring—has the trio’s side, and shows them a safe escape route. She does this to thank Albus for finding her ring—which was given to her by none other than the great witch Sorena—but also because she to is a witch, albeit one in hiding.

The older generation seems more open to negotiation, cooperation, and forgiveness regarding “the other side”, while the younger people on both sides want blood and fire to satisfy their thirst for justice. And yet just like this little incident with the ring in the village, Sorena herself fell victim to a misunderstanding, having been performing magic when a plague broke out.

She was blamed and burned to death, leading to the violent witch rebellion that rages on. But the witch-in-hiding with the ring believes there’s still hope that witches and humans can—and must—coexist peacefully, someday. The developing Merc-Zero-Albus trio is small-scale but important proof that she’s right.