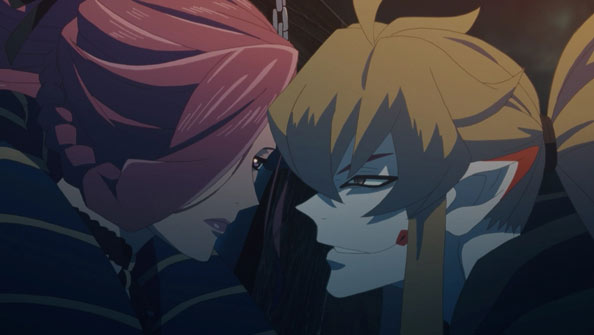 Both Alisha’s enemy Bartlow and her “supporter” Lunarre wrongly believe she’ll take the bait of her suffering Maltran, but they’re both wrong. Maltron knows if Alisha does as she taught, she won’t come for her.

Instead Alisha and her people infiltrate the palace. It’s not at all certain that Alisha’s order that no one is to die is carried out in the process, as both her men and many of the palace guards are injured and shot with arrows, and it’s asking a lot to think none of them will succumb to their injuries.

In any case, Alisha gets an audience with her father at last, but he’s consumed by malevolence. Baltrow enters the room alone and attempts to take out Alisha by himself…which makes no sense. Why did he go in alone, without any backup?

What would be his killing blow to Alisha is blocked by the king in what I gather is one last act of sacrifice to make up for, charitably, over a season and a half of complete inaction.

Then, before the young, athletic Alisha or her knights can stop him, the slow old Baltrow runs outside and jumps off the balcony, spiting Alisha by not being taken alive. Um, why did everyone just stand around and let him do that? 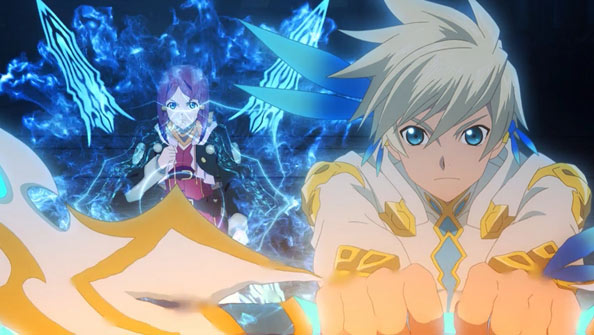 With the internal power struggle thus hastily ended and Alisha now the de facto ruler of Hyland, she turns to the next existential crisis: that giant tornado. There’s a dragon inside, and Sorey believes he’ll be the first shepherd to purify it, erasing the myth that such a feat is impossible.

He manages to get the job done, thanks not only to Mikleo and Rose, but his other squire Alisha joining in to help share the burden of the dragon’s malevolence, as Lailah, Edna, and Dezel handle the small fry.

And once the dragon is purified and the sun shines over Ladylake once more, our heroes get to enjoy the victory for all of ten seconds before Symmone appears, telling them her master will cover the entire earth in malevolence and end the world, and they don’t have what it takes to stop them.

Well, I asked for more action to masked the seemingly increasing blandness characters, and I got it. But with so much significance placed on Baltrow over the last few months, and the immediate introduction of an even bigger threat, then an even bigger one after that, it all felt rather anti-climatic.

And once more, a preview in which 2D Rose and Alisha bicker over whose late master was strongest was more far more engaging than anything either of them said in the actual episode.

I’m quickly doubting whether my master adequately trained me or if I have enough squires to help bear the burden of Zestiria. Because the eye candy isn’t nearly enough to keep me interested. 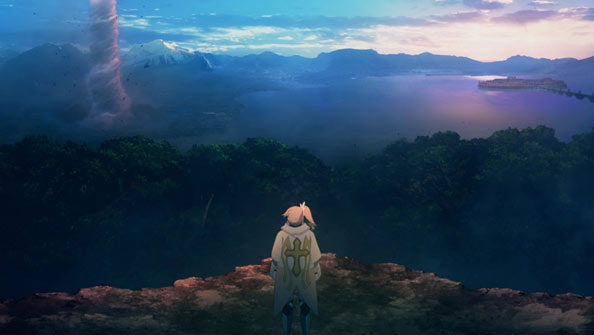 Zestiria can still effortlessly deliver vista after gorgeous vista, but the excitement and urgency came up a bit short this week, and reminded me that it’s rarely been able to satisfying depth beneath its shiny surface. It also has a tendency to be clunky in its pacing, as demonstrated in this Alisha-focused episode filled with perfunctory talking scenes.

Giant tornadoes are threatening Ladylake…until they aren’t, as they’ve all dissipated so far. Alisha is waiting for the Big One, all while being branded a criminal by the sniveling Lord Baltrow, who is the worst kind of dull wallpaper paste villain. Unable to catch Alisha, he tries to bait her by putting her mentor Maltran on display to starve to death or be picked at by birds. Swell. 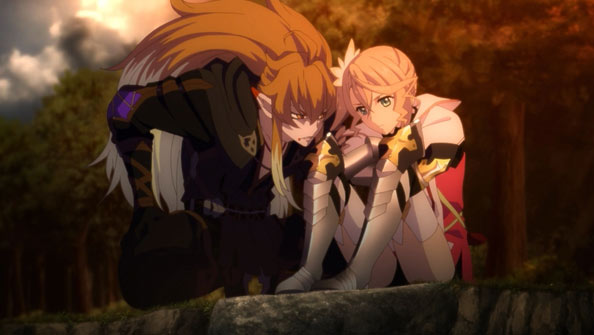 After Zaveid decides to randomly show up to save Alisha and her knights from a giant mud hellion, then leaves to go find and shoot a dragon (see ya Zaveid) Alisha sits by a pond, seemingly for hours, wondering what to do. Lunarre is another random visitor, basically asking her to change up her methods, since, like Ned Stark, her unswerving dedication to high-minded nobility and honor may well get her killed.

That is, if she didn’t have a Shepherd for a friend. She managed to contact Sorey last week, but he and the others take their sweet time starting off for Ladylake. I know their contact was cut off, but surely her saying “Ladylake is in dire straits” tipped him off that maybe he should hurry to Ladylake, which he, Rose, and the seraphim finally do at the end of the episode. 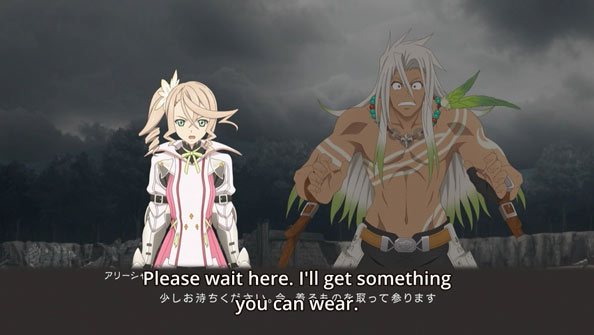 I can’t help but think some of the overarching stiffness and vanilla-ness of the show could be pepped up a bit with the kind of light humor in the previews. But those are fourth wall-breaking affairs, and Zestiria isn’t meant to be a comedy.

Still, it’s troubling that the biggest rise I got was from the preview, not from anything in the episode that preceded it. Alisha’s daring stealth raid on Ladylake looks like it might be interesting, but this week was a bit too leisurely getting her there.