Sometimes, when a show breaks from it’s normal tone and format, it can feel like the creators are wasting your time or unfocused or being lazy — and this week’s DP is bizarrely different from previous episodes.

But man was it a pleasant break from DP’s bleak, high drama routine. Dare I say it, this was a break it desperately needed! The details: Arita Mayu an over the top fan girl and Harada, a male idol from idol trio CHA, face off against Ginti this week. Also Ginti’s cat.

They play an ever increasingly difficult (read: absurd) game or Twist, that eventually puts them in a literal push-the-other-to-their-death-or-die scenario but it totally backfires on Ginti. Even though Harada is probably a bad dude, he doesn’t get to show it because Arata sacrifices herself. However, even though Arata is probably a good person, she’s doing it because Ginti hasn’t let her pee for hours and she can’t cope with urinating all over her idol anymore than she can imagine shoving him in.

This all results in Harada admitting that he only survives through the love and support of his fans, especially fans as strong as Arata and, because the death games are always fake-outs, Harada doesn’t ‘die again’ and they get to have drinks and sing together for the various workers of the tower. 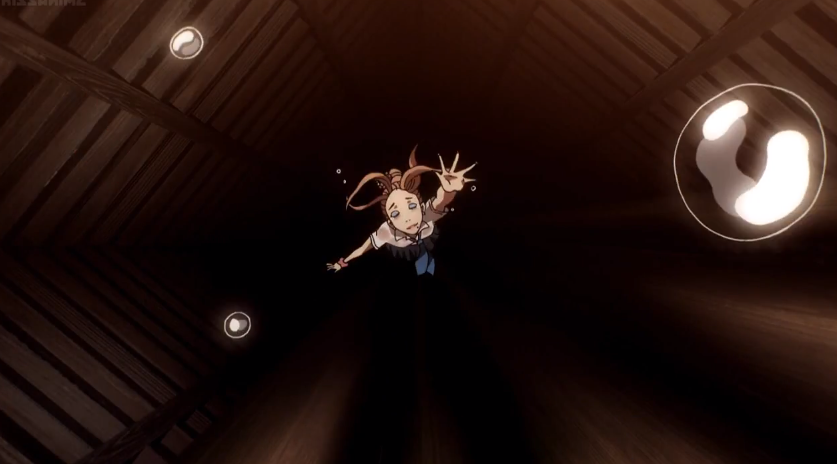 I’m not even sure if they get judged by the end of it. This deserves a 9: because it made fun of how melodramatic Death Parade can be, without breaking the way Death Parade works. If anything, Ginti is more brutal and his game more torturous than Decim’s but his players, who are both physically over the top and manically expressive, have fun all the way. Even their death-realizations are pretty mild. 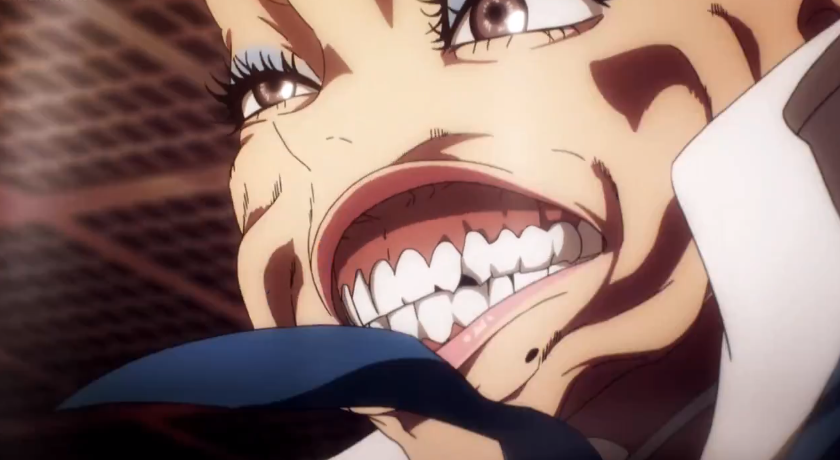 Arata herself wins the ‘best ver the top anime character’ award and is, by far, the most hilariously expressive creature I’ve seen in a long time. From her wind-flapping gums, to her back flip soap slip death, I ate up every gesture and facial expression the animators crammed into her.

Seriously, if you miss everything else Death Parade does, scrobble through and enjoy her animation! In a nutshell, it was warm and charming. Viginti (Ginti’s bar) itself is warmly colored and brightly light and has none of the heavy-handed gothyness of Decim’s. Heck, even when he tries to be evil, it just comes off as goofy. He has a cat familiar for goodness sakes!