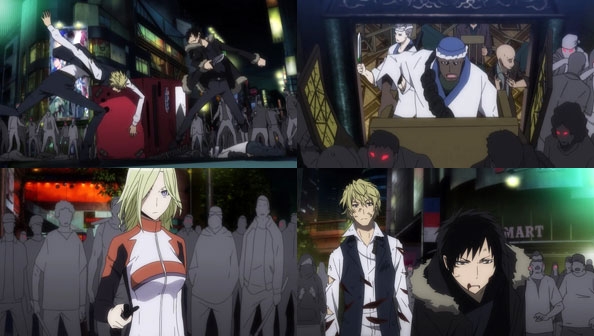 The final episode of Durarara!!x2 opens with almost total chaos: Shizuo and Izaya continuing to go at it, the Saika zombies storming Russia Sushi, and Mikado shooting himself in the head with his microgun.

Gradually, order is restored by various means, such as Varona stopping the duel in order to prevent Shizuo from becoming a “beast” like her. Izaya, for his part, eggs her on to kill him, lest she prove to him by not doing so that she’s just an ordinary human being. 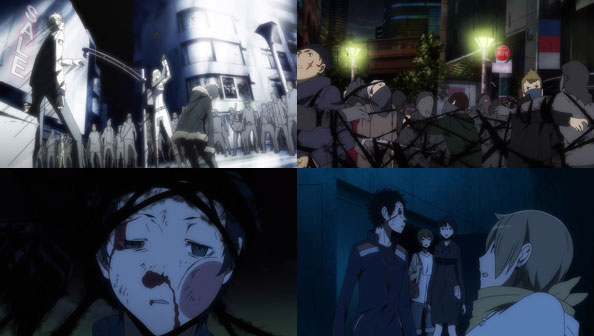 Simon then stops Varona from killing by tossing a flash-bang into the standoff. Then, all the Saika zombies and the bullets in Mikado and Masaomi are neutralized by Celty, now with her memories as a headless rider overriding her memories as a person and Shinra’s girlfriend. 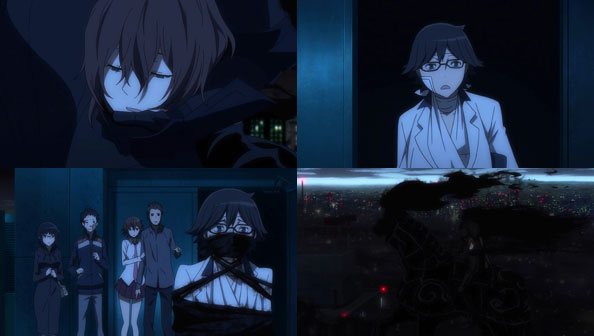 Shinra knows Celty is lying about not knowing anything about Ikebukuro, or them, but the head won’t budge on her decision to leave town after cleaning up all the chaos she believed she caused by being a disruptive supernatural entity in an ordinary human city.

When she finally gags Shinra and rides Shooter into the night sky, Shinra cashes in on a high school promise and has Shizuo launch him into the sky, so he can be the “villain.” 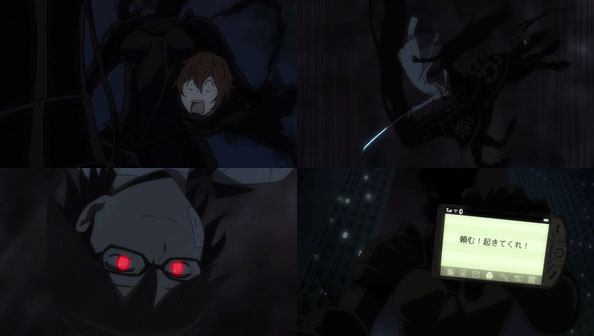 And, well, I guess he is the villain—in that the spooky, powerful, supernatural dullahan should be allowed to leave down—only he doesn’t want that. So he uses the Saika ability he gained to separate Celty from her head once more.

The moment he does this, she starts to panic about the possibility of him dying, even when he’s softly and safely landed in a web of her shadows. I like how she held onto her smartphone, as if subconsciously preparing for the eventuality Shinra would foil her plan to slink away. 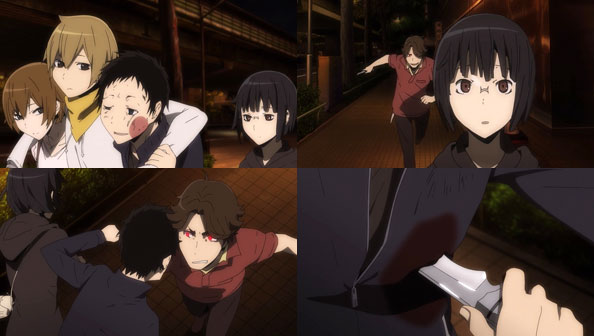 And Shinra, we know, isn’t the only one who counts Celty as a valued friend and ally. She saves Mikado and Masaomi, so that Mikado can take a knife from Nasujima in Anri’s place—an action he makes reflexively but also perhaps as amends the way Celty tried to do. 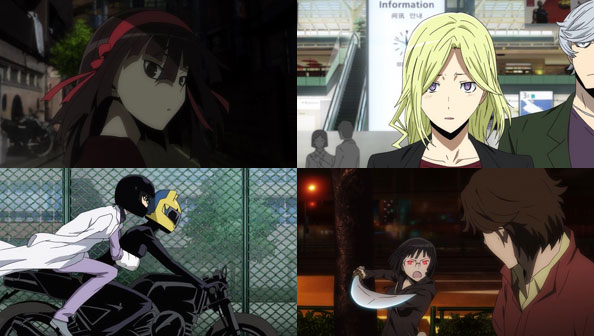 After Mikado is stabbed—more than once—the show starts wrapping up loose ends, from Kasane denying Ruri’s own attempts to atone for her crimes, to Varona heading back to Mother Russia, promising to duel Shizuo if she ever returns. Shinra and Celty are happily back together. Then Anri, in a rage, turns Saika on Nasujima for hurting Mikado. 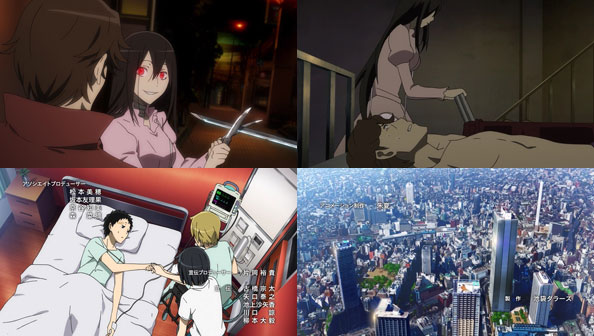 Niekawa stops her blow with her knives, surprising Nasujima, who thought he was controlling her all along (since she always called him “mother”, no doubt) but was mistaken.

While trying to escape Niekawa’s clutches Nasujima ends up crossing paths with the Kodata and the van posse, but before we know whether they run him over, he wakes up in restraints on a table, as Niekawa wheels tools of torture up to him.

As for Mikado, he wakes up. Just before he does, Anri admits to Akabayashi that she likes him, and those feelings are her own. She seems to have accepted that she’s a human; after that night it was a lot less rare to have Saika inside you, after all. Mikado, for his part, isn’t as concerned with whether his life to follow will be ordinary or extraordinary. What matters is that it’s reality.

The twins in the chat room don’t rule out more Durarara!! in the future, but while I enjoyed this latest arc, hopefully it doesn’t come too soon, for I’m little Drrrr‘d out.