Take away the exotic setting and lush costumes, and Shoukoku no Altair is the very common story of an overachieving young man determined to move forward, be useful, and protect his country, after enduring tragedy earlier in life in which he wasn’t able to save his family.

Fortunately, Altair does have an exotic setting, lush costumes, and a very decent soundtrack to boot. And so we have ourselves a show that isn’t all that original in storytelling but is able to just sail by on competent, often stylish execution.

Newly-appointed Pasha Tughril Mahmut is the youngest Pasha ever, but never comes off as arrogant or petulant, even when a comrade accuses him of having a “tantrum.” Rather, I liken him to Tintin: young, courageous, resourceful, cunning…and yes, a bit dull. He has a strong sense of justice and is always ready to shut naysayers down…but has no idea what to do with women.

One of his mentors, Pasha Halil, sees a great future for Mahmut, so when the Balt-Rheim Empire accuses their homeland Turkyie of assassinating their prime minister, Halil chooses to be the sacrifice they demand. 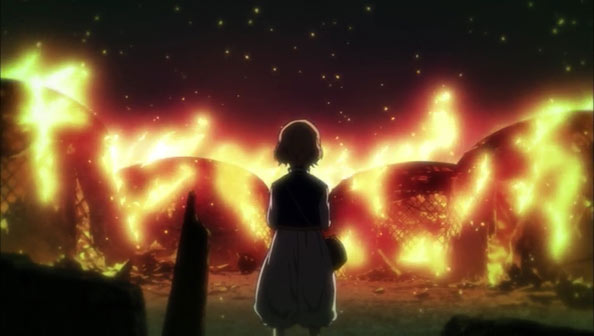 War claimed many lives twelve years ago, as we see in a heart-wrenching, well-directed flashback in which a young Mahmut struggles in vain to save a woman I presume is his mother. From that point on, he swore always to do whatever he could, never standing still.

So Mahmut does what Tintin would do: investigate the incident and find the real truth, which is that the arrows used to kill the minister were of Balt-Rhein design. He joins up with with Halil, who believes the Empire as a whole does not want war, just an isolated element. 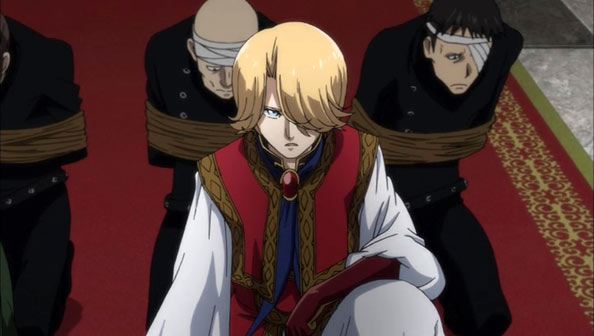 Thanks in part to a clever use of mutton stew and the local eagles, the pashas weather an attempted ambush, capture the conspirator’s men, and bring them and the false arrows before the Emperor himself.

War is staved off—for now, but the minister who conspired to start it was not tried or even named for his role, meaning this is only the beginning of Pasha Mahmut’s duty. With only THE REFLECTION left to air on my Summer list and my interest in Apocrypha fading fast, Altair is just interesting enough for another look or two.