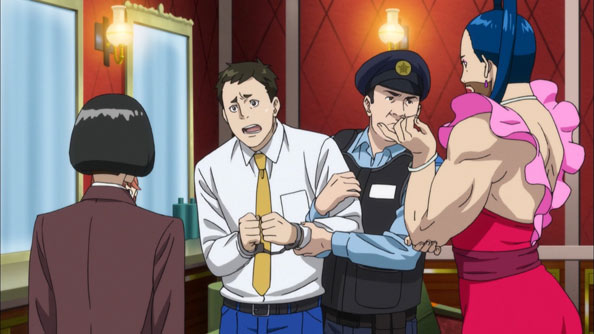 When Moriarty’s 16th birthday party is interrupted by the arrival of one Tanaka Pu, on the run from the police, Mrs. Hudson (a weird but clever adaptation of the original landlady character) hears him out.

When Lestrade arrives to arrest him for murdering his Uncle Cosmos, Hudson intervenes by bribing Lestrade and giving the assembled detectives a job: prove Pu’s innocence. 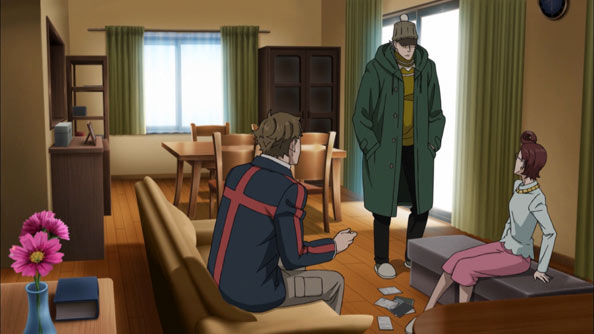 Sherlock and Watson visit Pu’s house and interview his mother, but Holmes is really there to get the measure of who Pu and his family are by studying their living space. Kyougoku Fuyuto is also on the case, mostly because he’s a huge fan of Pu’s uncle’s “legendary rocker” friend B-zou, who says every eighth word or so in English.

It’s nice to see another side of the usually very uptight Fuyuto, but when he insists Pu is indeed the murderer based on the preponderance of evidence, Sherlock voices his disagreement, and delivers an alternative possibility based on the information he’s gathered. 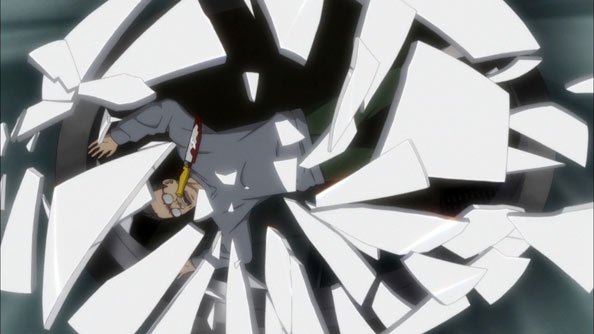 In his now-trademark rakugo style, Sherlock deduces that Uncle Cosmos isn’t dead at all, but faked his death as a murder committed by his nephew. The charred remains weren’t him, but his brother, Pu’s father. In fact, this whole time Cosmos has been hiding inside a mirror mounted above the bed in his penthouse.

It’s another fun and zany enough case, though somewhat predictable; I was pretty certain the murderer was either B-zou or a faked death situation, and I’m usually terrible at such predictions. Watson’s cold-open narration of the events that led to him seeking out Sherlock felt tacked-on and somewhat clumsy.

Now that they’re officially roommates, perhaps he’ll soon get a chance to bring up his case.  As for Moriarty’s pressed clovers and the giant moth he kills…I got nothing, though someone on a forum suggested they represent Jack the Ripper’s victims. All I know is, classic Moriarty (AKA Ratigan) is Holmes’ arch-nemesis. 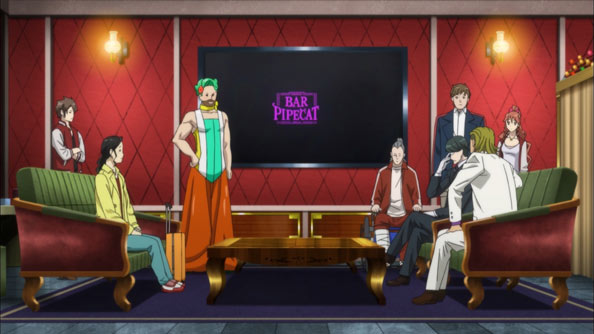 Another day, another case for Detective Row, a loose collective of private dicks like Sherlock who compete for jobs. Sherlock doesn’t let the fractured leg he suffered when Watson hit him with a car slow him down—though he does exploit Watson’s guilt (and need for his services, though the exact nature of his personal case is still not known) by essentially making him his servant.

This time it’s not murder-most-foul, but a case of a florist named Fujiko who fell victim to an apparent scam. She was convinced she was scouted by an idol agency for her distinctive symmetrical beauty marks, but after a week of strenuous training, the agent vanished without a trace on the day of her big audition. 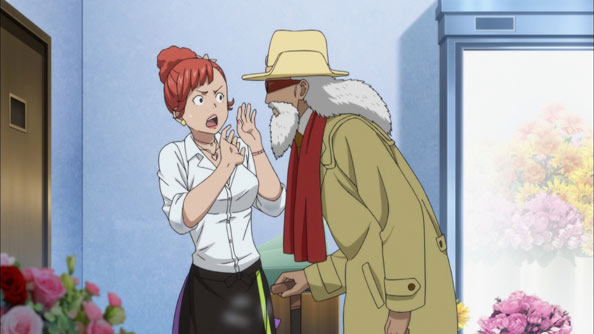 Upon taking the case, Sherlock puts Watson to work cleaning his house, then puts on a disguise (that doesn’t fool any of his fellow detectives) and heads to the florist’s to meet Saori the part-timer who was watching the store while she was practicing for the idol audition.

There is loud music playing when he comes in, which he abruptly cuts off, after which there are strange banging noises. Saori comes out from the back room, her skirt covered in a strange powder. Sherlock later declares he’s found the culprit, but is furious when he learns one of his rivals, Mary Morstan, also knows…thanks to Watson. 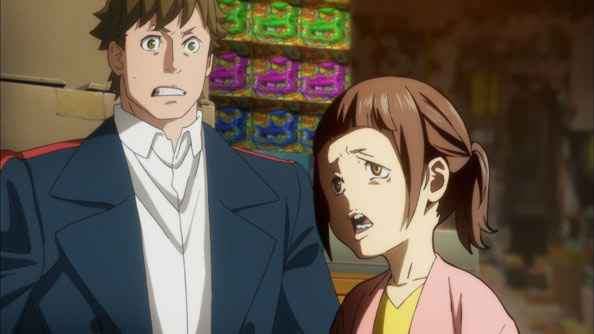 Being from the West Side of Shinjuku, Watson is an easy mark, as evidenced when his wallet was stolen last week. But when he chats with the pretty Mary, she puts a bug in his clothes. That’s how she learns what Sherlock learns…and Sherlock tosses Watson out, warning him never to return.

Watson is almost victimized once again by a gang of little kids who know how to turn on the charm (and turn it right back off at the drop of a hat). He’s saved by the same high school-age lad who recovered his wallet, and a frequent visitor of Sherlock’s. 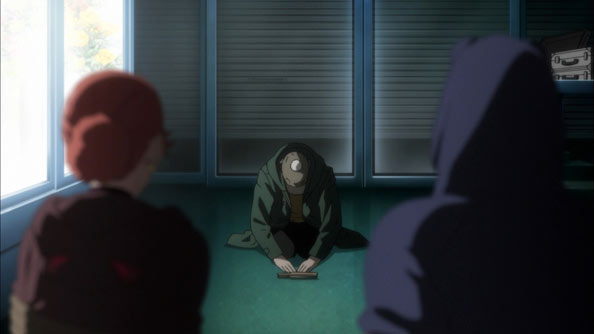 As for Sherlock, he manages to catch Saori and her accomplice, and when they ask how he knew, he has another one of his wonderful impromptu rakugo sessions, explaining how when Fujiko was off practicing for a non-existent audition, Saori hacked away at the wall between the florist…and the vault of pawn shop containing gold bars.

Sherlock didn’t account for a third thief in The Cobra showing up, but he’s bailed out thanks to the high school lad—whose name we later learn is none other than James Moriarty—telling Watson where Sherlock was. The bank rewards Sherlock a cool 20 million, on top of the million he got for uncovering Fujiko’s scammers. I’d say Watson earned a cut of that this week!