Entitled “Reunion at Ysmenport”, we’re immediately treated to a beautifully-rendered, well-worn and lived-in city; I could almost smell the fish…and other things such cities have. As street swindler ends up giving both Favaro and Kaisar information how where to get where they want to go. Favaro needs to get to Helheim (and can only keep up the lie about knowing how to get there for so long. Kaisar simply wants to get to Favaro.

But it’s not just action: after three episodes of Kaisar chasing Favaro across the ends of the earth, we finally learn why: Favaro’s dad was the one who attacked the convoy carrying the king’s tribute, which was overseen by Kaisar’s father. Kaisar and Favaro were childhood friends despite being from different classes, but Kaisar saw what happened as a betrayal, and his desire for revenge has driven him on a continuing quest to nail Favaro to the wall.

Oh, and also…the demons in demonworld finally stop commenting on what’s transpiring in the regular world and spring into action! I’m not the biggest fan of the Cerberus (!), but at least these guys are consistent. Every time Amira transforms, they’re able to locate her.

Amira does so when that giant crab emerges from the deep and threatens the ship…and Favaro. While there was probably no way Favaro could have dealt with the beast himself, it was still a risky move that ends up giving Favaro’s dad’s old friend and fellow “honorable thief”, Captain Amon, an opportunity to reveal himself as having “gone into business for himself”, just like Favaro. The jewels he and Favaro’s dad stole were filled with magic that brought forth killer demons, and only Amon survived, but he did so by becoming a demon himself…a bounty-hunter demon! And right now, Amira’s price is so high, Amon is fine simply killing Favaro rather than turn him in.

Meanwhile, Kaisar and Rita have not been standing still. They secured passage on another ship, which turns out to be pirates who aim to rob Kaisar and sell the girl. What’s so great is that so many people would find this a relatively alarming situation, but Kaisar knows what he’s doing and easily dispatches several pirates with his superior swordsmanship. 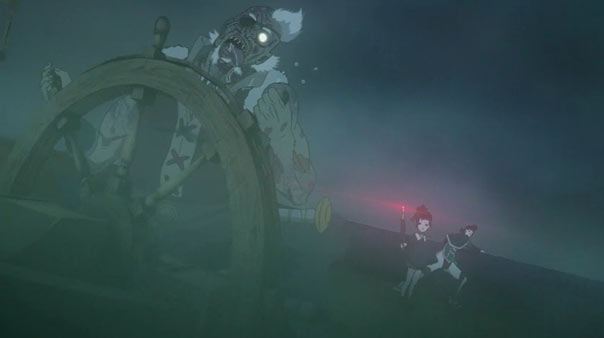 Also, Rita isn’t really a “girl” anymore; not entirely. What she is is someone who you most definitely want on your side. The pirates numbers are meaningless; she kills them all then reanimates them as a freaking Zombie Pirate Crew under her command. It just keeps getting better! 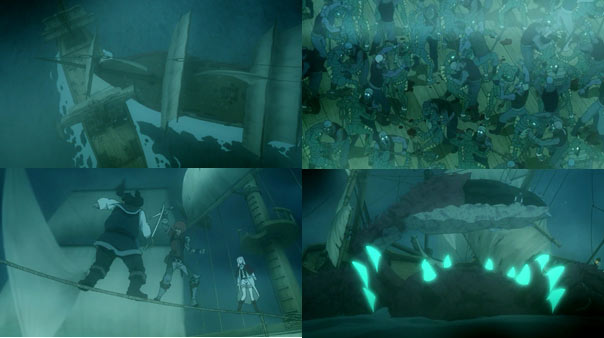 She rams her newly-acquired (and much larger) ship into Amon’s and that’s when the previously-mentioned battle between amphibious demon sailors and zombie pirate sailors commences, with Favaro, Amira, Amon, and eventually Kaisar literally above the fray in the rigging. Up here we get some Pirates of the Caribbean-style tightrope combat for good measure. 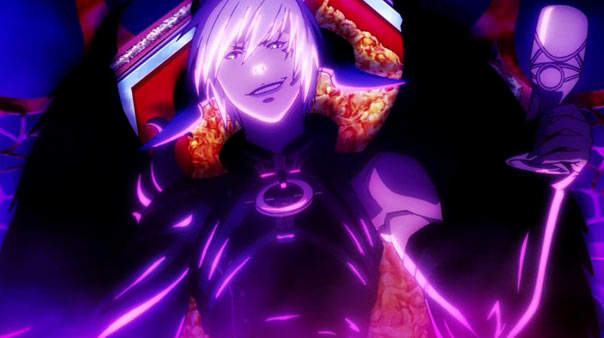 Frankly, I really liked Amon as a friend of Favaro’s and as a link to his past, but not all baddies can become allies like Rita. Speaking of baddies, after Amon is vanquished,  Azazel sends a giant tentacle to pluck up Amira, inadvertently bringing Kaisar along for the ride, too. He stops Cerberus from killing him instantly, but whatever he has in store for the bonus human can’t be good. 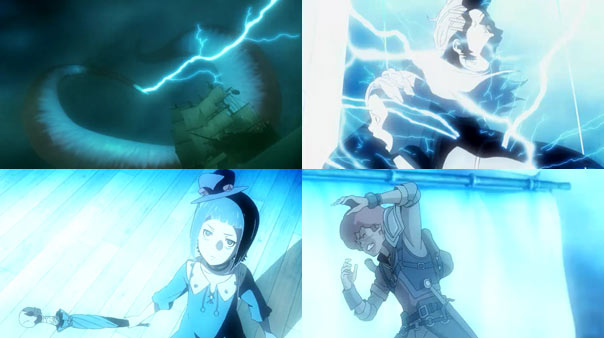 I…I didn’t see that coming! Who am I kidding, I hardly saw anything coming this week, and that’s why it was so fantastic. I was almost always on the edge of my seat. Now we have quite a predicament on our hands: both Favaro and Rita’s traveling companions have been taken prisoner by powerful but unknown foes. Will these two team up to get their respective partners back? I’m guessing Favaro still wants to get rid of his tail, and Rita wants to turn more things undead, sooo…yeah.