Before picking up where it left off last week, Vanadis back-pedals a bit to give us a peek into House Thenardier. They’re pretty much empty villains, with eyes on the throne and no real interest in Alsace.

They simply want to burn Alsace to the ground and pillage it before another powerful house has the chance. It’s also a good chance for their heir to grind some easy experience and break in his new dragons…

Okay, so there are a few (unconventional) signs I use to predict whether an anime is going to be crap over time, and this episode just trotted out one of them. Again, this may seem strange, but when a character makes the above face, I know a show is trying too hard to make someone evil in the most starkly black-and-white way possible.

Characters like that exist to shock us but usually don’t, because they are also usually quite incompetent (yet hard to kill for stupid plot reasons) Such characters also give us no drama and no nuance because they are what they are: pure, irredeemably evil, which is very boring to watch. 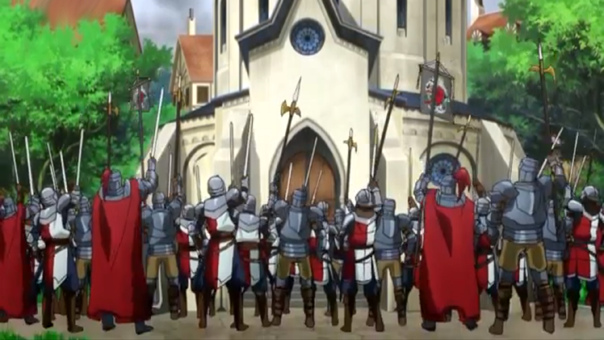 Flashing forward, that ‘look’ is part of a pointless scene where Zion Thenardier decides to go to Tigre’s house alone and then decides to torture/rape Titta, Tigre’s maid because…evil reasons.

Why he’s there alone or cares at all about Tigre is not meaningful. He’s the villain this week, and probably in the future because he’s non-fatally shot with an arrow before he can do anything rapey-er than rip up Titta’s clothes. It’s dull and predictable.

As far as plot developments, we learn Eleonora’s sword’s name, and that she can control the wind by slashing it. We also learn that she and Limalisha had a bet over how Tigre would respond to being kept from his fiefdom, and that he chose an option neither expected.

Ultimately, the result is Tigre giving Alsace to Eleonora in exchange for troops and then a brief overnight ride to save his (or now her?) lands. They somehow avoid (or haven’t noticed) the two dragons overlooking the town for now but…next episode. 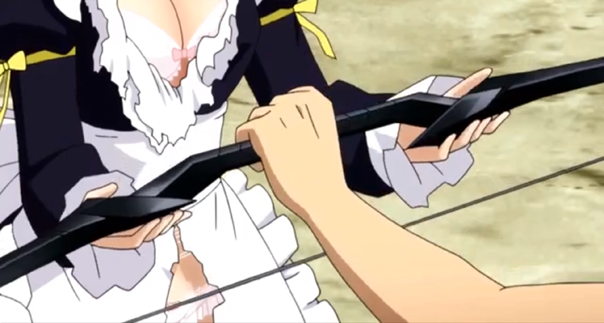 You’re going to hear this a few times over the next two weeks, if it wasn’t obvious already: this fall season is stacked with excellent shows and there are simply too many to watch. Unfortunately, given it’s decent-but-not-astounding opening, and now a stumbling, uneventful, second episode, I can’t imagine Vanadis will make the cut.

Should it? That’s up to you and Preston, who will get to review it next week. For now, tell me why I should stick with it and I’ll lurk in the comments below. 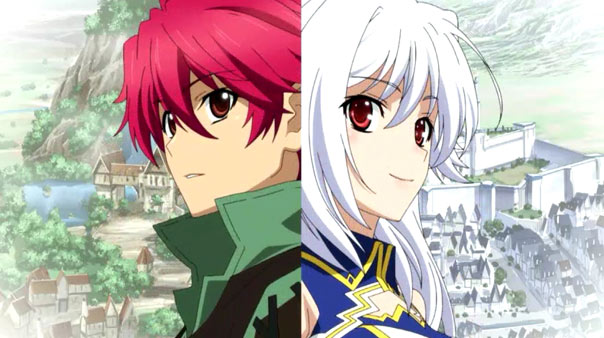 While I’m already busy with Akame ga Kill and planning on watching Chaika’s second season (among other shows), Madan no Ou to Vanadis makes a relatively strong case for itself joining those two on my list to form a Fantasy Triad. It won me over not necessarily with its setting, plot, or fantasy elements, but primarily with its characters. The show looks to become more jumbled as more and more cast are introduced, but I was frankly fine with the first two we meet: Count Tigrevurmund Vorn (Ishikawa Kaito) and Ellenora Viltaria (Tomatsu Haruka), or Tigre and Ellen.

It doesn’t really matter why Zhcted and Brune are at war, they just are, and after an Ellen-led Zhcted routs the five-times-larger Brunish army, she’s disappointed, having hoped for a more entertaining time. Enter Tigre, who isn’t done fighting and even takes out the horse of Ellen’s lieutenant Limalisha, and aims his last two arrows at Ellen herself. Ellen being one of the Vanadis (war maidens), she cuts them easily away, but Tigre has her full attention, and her disappointment turns to exhilaration. 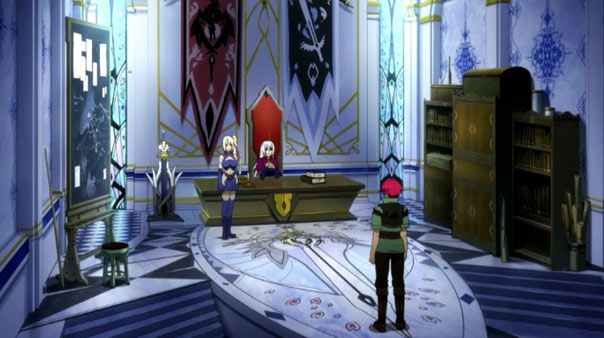 Tigre may be a wealthy count, but he dresses down and uses a bow, which irks his peacock-like peers who condemn him as a coward. Were they around to see him survive the rout, they’d probably use that as evidence of him using his skills simply to survive like a craven, rather than fight and die like a warrior. But as a count, he must worry about his life, for many other lives depend on him staying alive and strong: his subjects in Alsace.

But Ellen likes Tigre. She likes his bow and the spirit he showed on a battlefield, even though his cause to single-handedly take her and her retinue down was a hopeless cause. One reason I like her is that she reminds me of Maou in Maoyuu Maou Yuusha: powerful yet bored; willing to make common cause with her sworn enemy to their mutual benefit, and said enemy intrigues her. She’s also tough, and doesn’t even flinch when Tigre sees her in the bath. Again, she’s a war maiden; embarassment is weakness. Her baby dragon’s cute too.

Still, as pretty as Ellen is and as pleasant a place as Zhcted seems to be, Tigre is still a prisoner on the wrong side. He can’t very well protect Alsace in enemy custody. So when Ellen asks him to join her, he must refuse, and when his arrested attendant warns of a raid on Alsace, and he has to go. But Ellen wants him to stay, and will insist as much with her sword and war maiden skills. The lovebirds are already at an impasse.

Vanadis is unremarkable from a color and design stand point but it’s also not as over the top as other show’s we’ve seen. I’m especially impressed that they got the cavalry rendered as well as they did, even if we only see them charging and not actually fighting.

That said, Eleonora and Limalisha were hard for me to identify at the beginning and everyone has a terrible to remember/type name.

Over all, Vandis is most appreciable for it’s “Yes, buts”:

Yes, it’s bloated with fanservice, but that’s done with a little more finesse than most. (boobs but a surprising amount of thighs, skirts sliding ever so close to crotch lines during conversations)

Yes, it’s a simplistic romantic set up but Elen is thankfully not a cliche tsundere nor a man hungry monster nor a bubble head nor a shy girl and Tigre’s annoying blush is the full extent of his perviness. Thank goodness too — nothing turns me off like a male protagonist who’s portrayed as an honourable hentei in this kind of show!

If I have any concerns, it’s the cute dragon. That is almost always a death flag for mid/late season adolescent stupidity that could break an otherwise sensible, even keel show. It’s a doozy, but I’m willing to give Vanadis a chance in the near term.