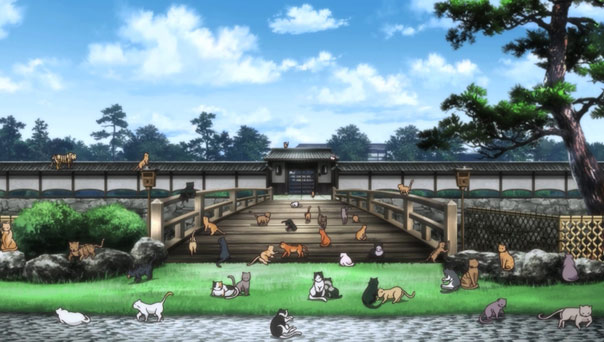 Shiina’s family is always given way too much saury (AKA mackerel pike), leading to an infestation of cats. To prevent that, she proposes a cookout at her estate to cook the fish off. Ryou and Kirin agree immediately. But there’ll be a catch this time: Ryou won’t be doing any of the cooking or cleaning. She’s done enough; now it’s time for the other two to cook and clean for her. 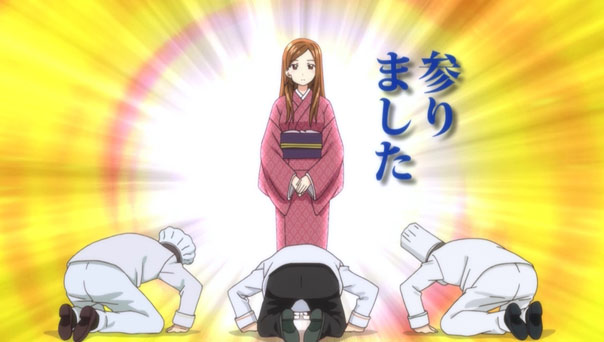 Their sensei in this enterprise is Tsuyuko, who is apparently an iron chef-caliber culinary master who just happens to be content as the maid of a wealthy family. Grilling saury is about as basic as it gets, which means even the slightest mistake in preparation and cooking is exposed. 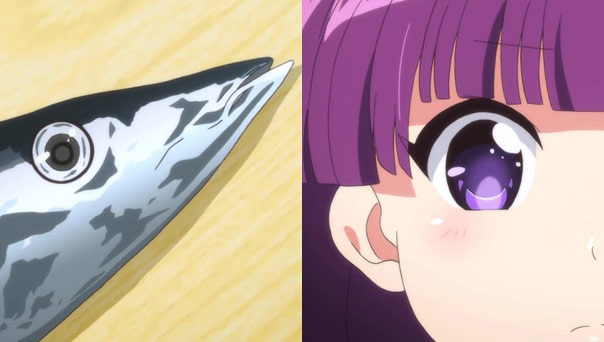 Tsuyuko is a firm yet patient teacher, showing Kirin and Shiina the simple yet very exacting way of seasoning and scoring the fish, and the importance of not making eye contact, even if the fresh fish’s eyes are mesmorizingly clear and sparkling. 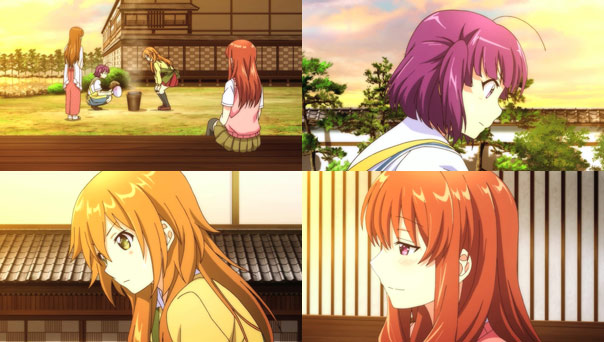 Throughout their trials, Ryou is forced to simply hang back and watch. Giving up control isn’t easy, but not because Ryou thinks the others won’t do as good a job. It’s more a matter of her having always either cooked for herself or others since her grandma passed away. It’s become a habit, and any habit is hard to suddenly break, but she does her best not to interfere. 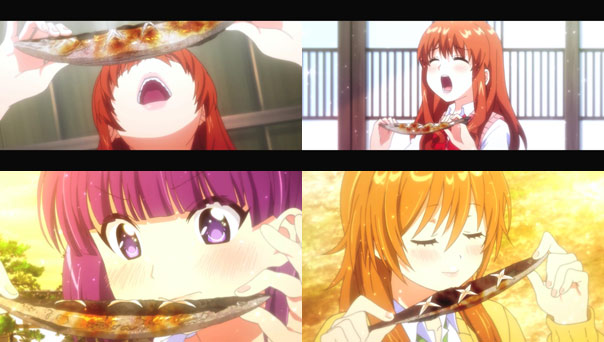 The finished product Kirin and Shiina present her with—a splendidly grilled fish with crispy salty skin and fluffy, succulent flesh—is a revelation for Ryou. She knew food tasted better when sharing it with others, but thanks to her friends, now she knows that having food cooked for you makes it taste even better…in most cases.

Some people, of course, just flat-out can’t cook, but lucky for her Kirin and Shiina aren’t bad. Now that she’s a recipient of their cooking, she now knows firsthand the joy her cooking has brought them, inspiring them to repay her. 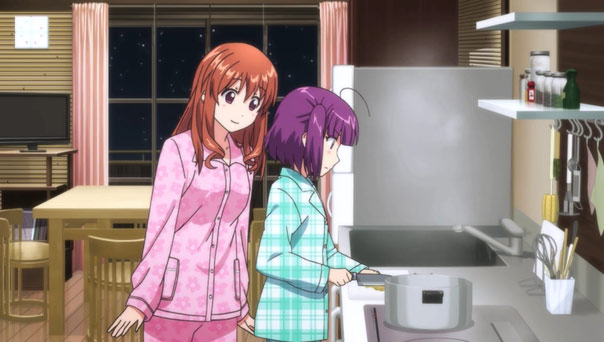 Naturally, later that night Ryou can’t help using some of the leftover saury in a dish with ginger, bamboo shoot and rice. The show thus far has been good at showing how the leftovers of one meal can lead to another, totally different second meal.

Kirin wants to cook, but so does Ryou, so they compromise and share the work, making it that much more fun and the food that much tastier, because a meal prepared together is the best of both worlds. And now I must keep my eyes peeled for some saury at my local Asian grocery.