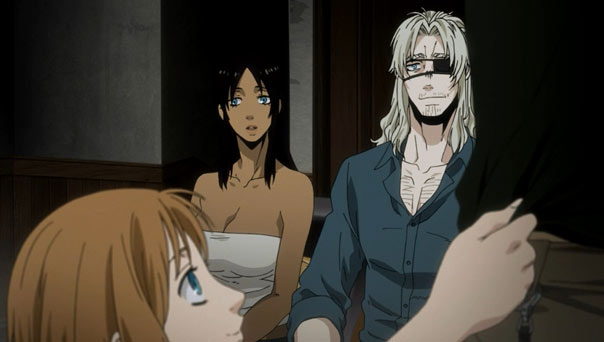 Everyone in the city of Ergastulum seems to be hanging by a thread in terms of keeping their internal organs internal, so it’s striking to see a relatively well-adjusted little girl living amongst all this violence and danger.

I guess it helps to be the nurse for a well-respected mob doctor, Theo, as well as good friends with Nic, who seems to be the most powerful cat in town, even against his own “kind”, a class of Shizuo-like supermen called, among other things, “tags.” Nina may be small and frail, but she’s tough, hard-working, and definitely a good influence around the feral Nic. 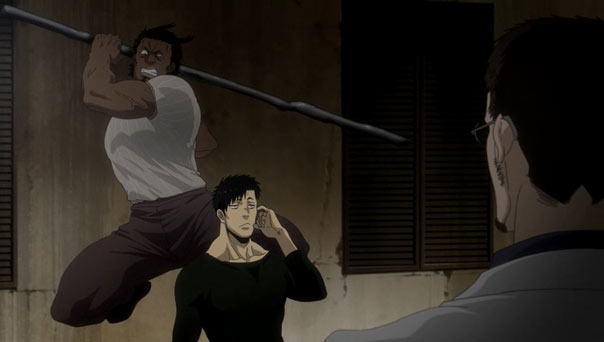 Nina’s boss Dr. Theo, neutral in the various wars of the city, wants Nic to take care of somebody trying to bully him into joining an organization, theatening Nina in the process. In the chess game of these two sides, the guy targeting Theo already sent some wiseguys after Nina, but Worick sniffs them out, and uses Alex (or “Ally” as he now affectionately calls her) as a distraction so he can ghost the three of them.

Worick congratulates her on her measured reaction to the violence, but it’s clear she’s not exactly okay being around it, perhaps choosing to turn the despair inward. Ally later marvels at Nina’s stomach for this business, but this is Nina’s home, and always has been; she’s simply used to it. 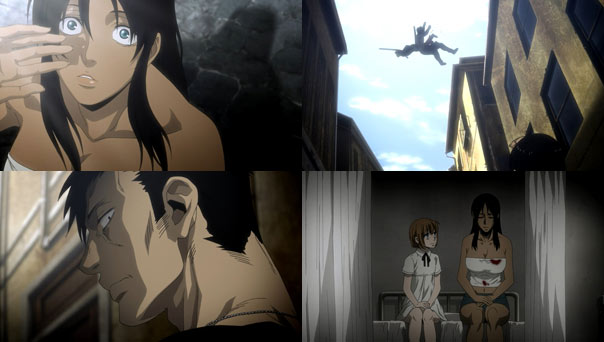 We’ve seen how well Worick and Nic work as a team, but in this case, against a fellow “tag”, Worick leaves the bulk of the work to Nic. His target actually gets a knock or two in, but only because both Nic and Dr. Theo are screwing around to a remarkable degree, considering Nina’s right there in the crossfire. But Nic, an “A/0” rank, is just giving his “B/2” opponent three minute lead time to do his worst. Once those minutes are up, Nic does what he does and carves the guy up, though doesn’t kill him.

I’m liking Gangsta’s grungy style and smash-mouth combat, though at times it reminded me of a Durarara!! fight. In fact, this show could almost pass as a spin-off of that show’s underworld elements. We see the guy Nic doesn’t kill beg his boss for his life and get rejected, showing us that while some like Nina consider “twilights” like Nic to be kind, good people, others just see them as tools, or if they don’t perform, plain old trash.