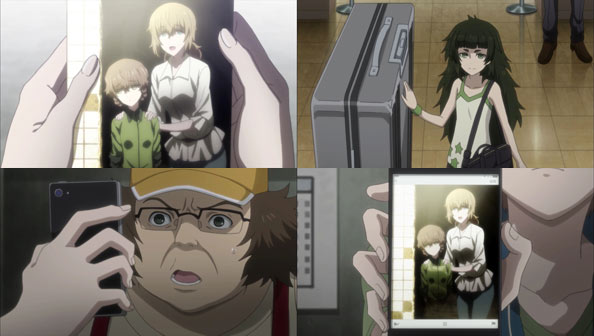 Up to this point, it looked like things were going well for Daru and Yuki. Not fast, but good. Both were comfortable with the pace. Suzuha isn’t satisfied with his dad’s pace, so gets Feyris to doctor a photo to make it look like she’s slowly fading from time—Back to the Future style—because Daru isn’t spending enough time with her future mother. Meanwhile, Maho returns to Japan…but doesn’t have much to do at first. 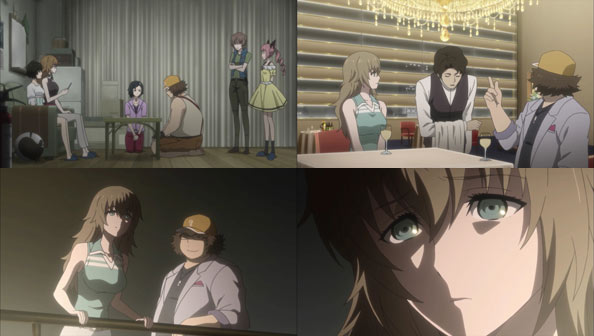 She joins Suzuha, who gathers all of the other women (plus Ruka, minus Nae) to put Daru through a kind of “Dating Boot Camp”, even going so far as to have Maho hook him up to some kind of ridiculous “sleep learning” device.

The resulting Daru is confident—suave, even. But no matter how good his fancy date with Yuki looks from afar, in the end, Yuki has simply seen and heared and endured enough, and gives Daru the “oh look at the time.” 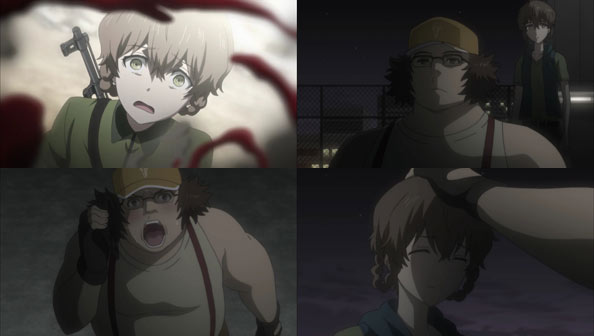 Daru needs time alone, and Suzu thinks she’s torpedoed her own birth. She thinks of the time her mom sacrificed herself to save her from a killer drone. She admits to Daru that the photo and stuff was a lie because she wanted to watch him and Yuki fall in love firsthand.

Daru was on to Suzuha all along (he is her dad, after all), but is grateful for the little push in the back he needed. He calls Yuki, apologizes for the first date, and she grants him a second in as many days, suggesting Suzu never had anything to worry about. 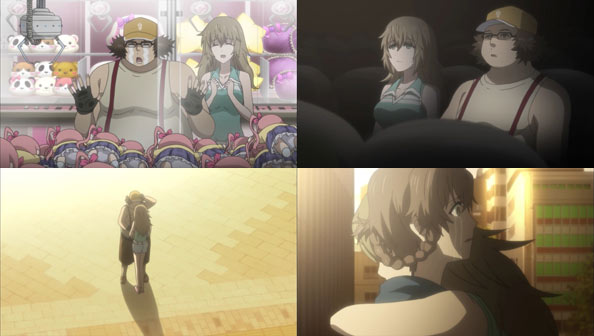 The nature of the date also suggests that any kind of unnatural meddling in Daru and Yuki’s romance would be fruitless, because Yuki likes Daru just the way he normally is, right down to the way he confesses, which is up in the title of this review. Justhewayouarism; clearly Yuki was a student of Fred Rogers.

After Yuki and Suzu talk post-Daru’s confession, they share a knowing hug that almost makes be think Yuki is aware of exactly who Suzu is. I mean, why not? Daru knows Suzu is his daughter, why wouldn’t Yuki instinctively know she’s her mother? As for Suzu’s sour face after departing from Yuki’s embrace, what was that all about? Does she sense K6205 watching her from on high?

This was an inoffensive enough little palate-cleanser for the coming trials involving Maho, Daru, the time leap machine, etc. But it lacked stakes, as I never believed Suzuha’s never being born was particularly likely, and certainly not something that would be determined in one episode.

As I said, Maho was mostly wasted this week, though I’m keeping an eye on the widening distance between Rintarou and Mayuri. It’s not that he doesn’t want to hang out with her ever; he’s just a very busy dude right now.