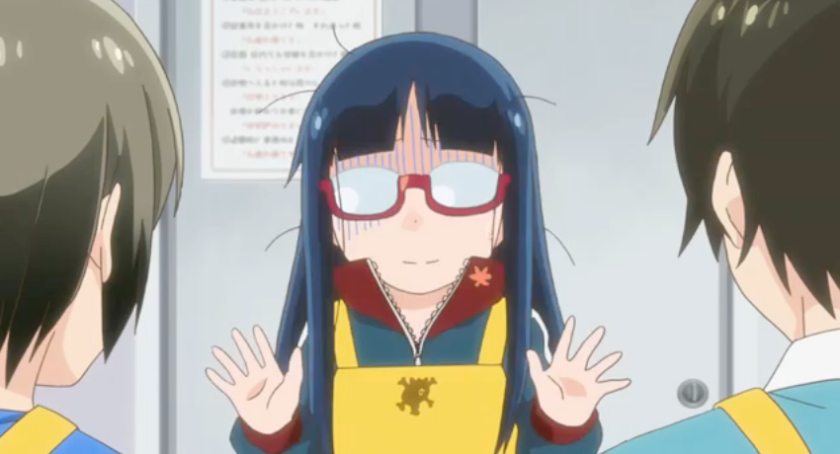 Denki-gai no Honya-san 8 is another Sensei-focused, breaking into the manga industry episode and… well it’s not very interesting. There’s no way this show can sell me on the struggles of an artist’s struggle to become a professional in a show this intentionally goofy. More importantly, while DgnHs is actually very funny, it’s jokes about making manga aren’t the funny part and it can not and will not ever escape the long shadow of Nozaki-kun’s humor about the same topic last season.

Fortunately, DgnHs gets me laughing in other areas and the episode wasn’t an entire wash.

For one thing, we got TWO black and white Lime Cat movies this week. I have no idea what they are parodying, unless DgnHs is just making fun of art house movies in general, but these are just bizarrely funny.

This week’s Lime Cat is from Fu-chan’s perspective. Except there is no cat… that cat is a zombie! Obviously Fu slaughters it with the full length baseball bat she hides in her brazier. The second episode sees Fu following a lone zombie to a grave yard where a host of zombies try to scare her dressed up as ghosts. Obviously Fu slaughters them too.

The real meat and potatoes of this week’s episode happened in the final arc where Sensei accidentally invites Umio-kun on a movie date and then completely freaks out over what to wear, her lack of girl power, etc.

With the not very helpful help of Hiotan and the girls, it’s ultimately decided that none of them know, at all, what boys want other than big boobs and that the only way they will make any head way is to invite an actual boy over and ask him. This being Hiotan that is helping, she invites none other than Umio-kun himself. Sensei is terrified since none of this was ever meant to be brought to his attention. However, the results are positive: after a lengthy rant about glasses, Umio admits he doesn’t care how she’s dressed, since her glasses make her cute, and thus he thinks she’s cute all the time.

Some of this week’s best moments were during the ‘what do boys want, anyway’ scenes. My personal favorite was Sensei-chan stepping into her manga mind to pretend to be a guy. She evaluates each of her friends in a hilarious way and ends up getting all weird with Fu-chan before giving up. 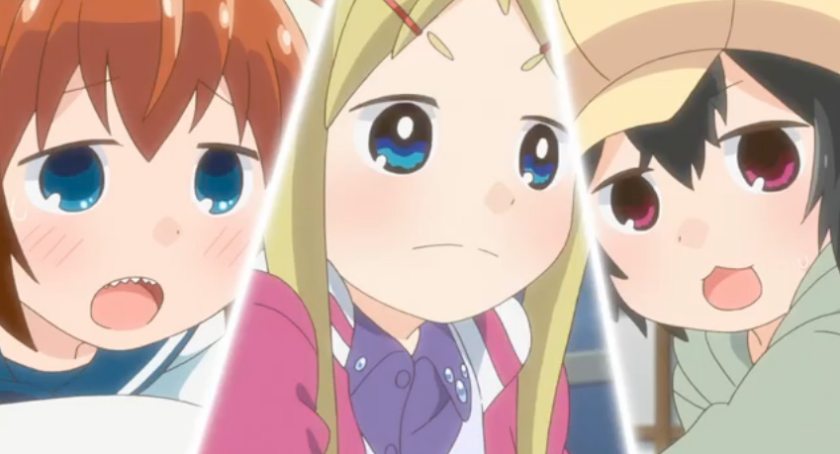 Laughter aside, this scene reinforces my opinion that DgnHs is a show for girls and about girls in fandom, rather than a typical will he like me? slice of life romcom. We spend so much time with their perspectives, seeing how they see us and our wants and when we do actually see a guy and hear his feedback, it’s all affirmative: nerd girls are desirable for their nerdiness — for the sincerity of their part in fandom — as much if not more than for their looks.

I mean, Umio fell for Sensei over Hiotan (the girls with the biggest boobs) as soon as he learned that Sensei creates manga.