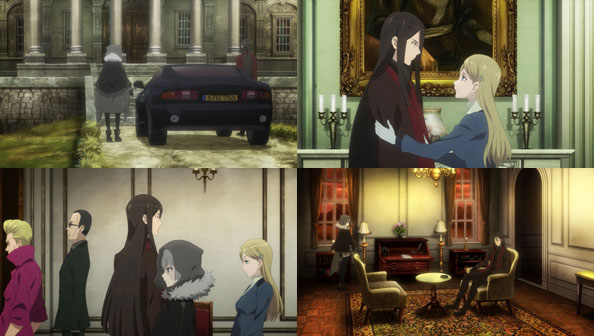 One of Lord El-Melloi II’s basic lessons in his class is “nothing is eternal; everything changes,” and he should know, having once been the master of a heroic spirit of whose vast empire nearly nothing remains. And it is a former student, Mary Lil Fargo (subfamily of the Aminuspheres) who summons him to her mansion, which is the site of her father Ernest’s murder and dismemberment.

The seven parts of the body that were separated and arranged throughout the house indicate the same kind of planetary magic the Fargo family specializes in, but the arrangement is all wrong. Of the four people in the mansion when Ernest died, all have a motive to kill him, be it revenge for abuse (Claire the maid), jealousy over his research (Fernando Li), money to pay debts (his nephew Alec), and of course, his heir, Mary herself. 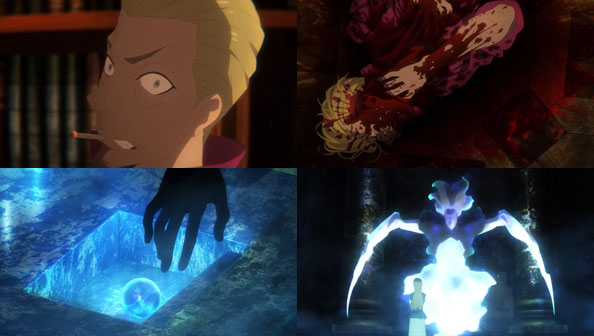 While this seems at first like a classic whodunit with El-Melloi picking the least likely suspect as the culprit, the murder mystery takes an entirely different and unexpected turn: no one murdered Ernest; he murdered and dismembered himself, all in the service of setting up an experimental spell that would grant him immortality.

El-Melloi confirms this when a hidden section of the rotunda’s floor reveals the part of a human associated with the planet Earth: the soul, not of the body. Once revealed, it contacts the other seven parts and reconstructs Ernest, but it is far from perfect, being his first and only attempt: he’s a grotesque monster, seeking Mary’s life force to complete his immortality. 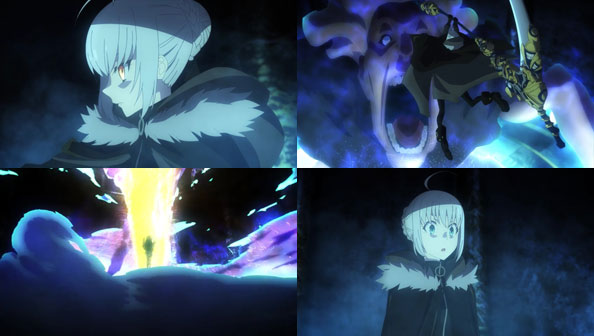 El-Melloi doesn’t do anything to protect Mary, but he doesn’t have to: his apprentice Gray is on the job. After an incantation, her lantern-dwelling sidekick Add transforms into a mighty scythe, and its power blows her up to then ever-present hood off her head, revealing she bears an uncanny resemblance to Saber, AKA Artoria Pendragon.

While the reasons for this have yet to be revealed, knowing a little more about Gray certainly makes things more interesting. It also explains why she’s such a skilled fighter, such that El-Melloi only needs to step back with Mary and let her do her thing.

Once she dispatches the demented undead Ernest (creepily reciting words that rhyme with “Gray” in the process), she smiles in self-satisfaction before realizing her hood is down, and promptly pulls it back up. El-Melloi—Waver—apparently can’t look at a face that brings up such terrible memories of the Holy Grail War.

Before parting, El-Melloi deduces that Mary is a talented enough mage to know what her father was up to…and that it wouldn’t work and result in his death. El-Melloi won’t be able to prove it, but still wants to know why she did nothing to stop him.

Mary’s answer is rooted in the lessons she learned from El-Melloi himself: nothing is eternal. Letting her father go through with a doomed, incomplete immortality experiment was her way of relaying that lesson to him. Mages shouldn’t seek immortality, except in the indirect way they pass on their knowledge to the next generation.

If Ernest had succeeded, he’d have rendered that generation—made Mary, and her future and that of her children—redundant. Not only that, if I’m interpreting Mary holding hands with Claire at the end, letting Ernest essentially kill himself freed the maid from his abuse.

As first cases go (not counting episode 00) this wasn’t too bad at all; it introduced El-Melloi’s investigative process, showed off his knowledge of magecraft and deductive facilities, had an interesting twist, and of course, revealed Gray’s “Silver Saber” mode. A good week’s work. On to the next case!