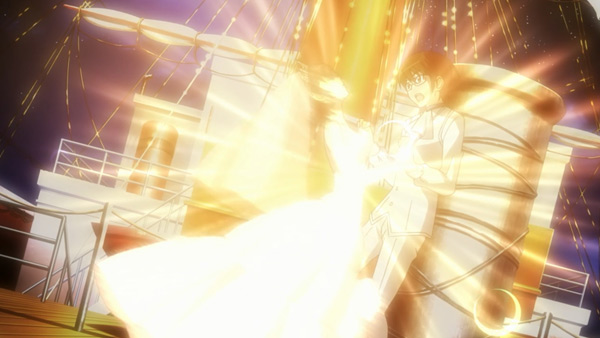 Haqua battles Lune, while Keima (and Chihiro) race to Seaside Park, where Ayumi is waiting for him. She tells him she doesn’t care about his flags or strategies; she decided to fall in love with him on her own. Upon kissing him, Mercurius is awakened from within her. They’re instantly surrounded by Vintage agents, but Akari appears with a loose soul team squadron, while Diana carries Mercurius away. As the goddesses and demons battle Vintage at Point Rock and destroy their loose soul nursery, Keima and Chihiro walk home to grab her guitar.

She asks if he took her on a date because she had something inside her; he says she wasn’t involved. She’s relieved, and they exchange very heavy goodbyes. The next day, the school festival closes with a concert, including the “2B Pencils”, consisting Chihiro, Miyako, and a late Ayumi, Yui, and Elcie, plus Kanon joining in. Chihiro sings straight from the heart, and the concert ends with her in tears. Five days later, Elcie reports that everything is back to normal, including her exalted brother, but he still seems troubled… 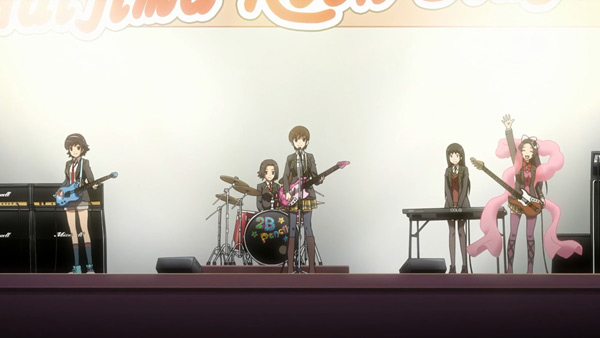 In an episode laced with epic battles between goddesses and demons trying to literally bring about hell on earth, it’s the solemn, quiet little conversations between Keima and Chihiro that had the most impact. Once Mercurius had been awakened from Ayumi, Keima’s job saving the world was complete. All that was left for him to to was go home and let the others take care of business. But Chihiro just happened to leave her guitar at his house, so she comes along too. By the time they’re home the sun is coming up, and in their final encounter of the series, things don’t go according to plan for Keima. In fact, he didn’t have a plan. He says something that makes Chihiro think he wants nothing more to do with her, now that the game is over.

But the next day at the concert, and then five days later, Keima doesn’t just hit a “reset” button on his feelings – like the previous two seasons. He looks more like he wants to apologize; that what he said to Chihiro wasn’t what he meant to say, and that he can’t leave things where they did. Even when we see him up in his room playing six games at once, and Elcie says he’s back to normal, there’s something about his body language that tells us he’s still in love with a real girl, one who genuinely fell in love with him without the circumstance of goddess possession. He may have found the ending to the Goddesses Arc, but the Chihiro Arc remains unresolved.