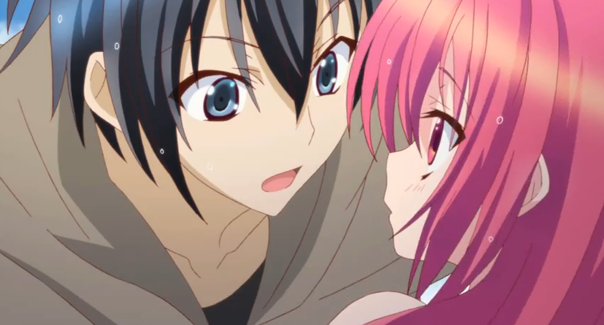 Guy encounters naked girl in pond, Later, he saved her from a magic sword. Then he becomes her classmate at the all girls’ school for magic. Harem growing ensues.

Seirei Tsukai no Blade Dance is a latecomer to the Summer 2014 season—arriving a full 3 weeks after we thought we’d waited for everything to air—and it’s average at best. However, it somehow positions itself superior to Weed’s Academy, which I’ve been rolling my eyes about since I started reviewing it last season. I know, them’s fightin’ words! So let me get to back’n ’em up! 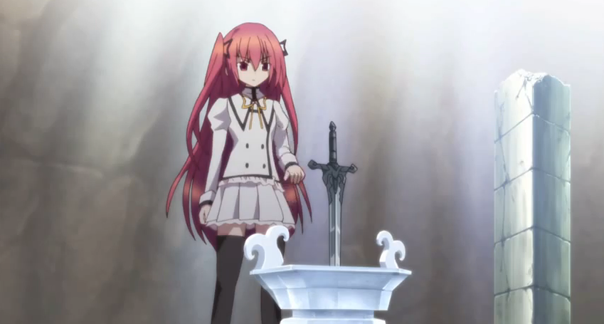 In short, if you replace “weed” with “boy,”  STnBD is fairly similar to Weed Academy, minus the talky, slow, pretext of a smart plot, and focuses on what the genre is really about: magic fighting and a slick guy surrounded by hot magic girls with limited emotional complexity!

STnBD even has its own discipline committee, of sorts (though they are called knights and wear arm pads instead of arm bands.) 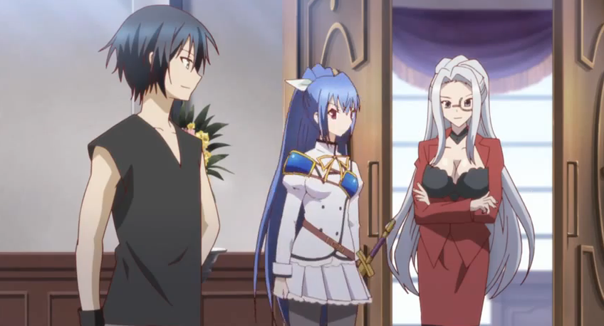 Kamito Kazehaya, our lead, is a pervy-but-not-pervy guy on a mission. That mission isn’t very important in the first ep, nor is the fact that he’s just dominated a magic sword that’s been rogue for generations.

What’s important is Seirei Tsukai no Blade Dance waits half the episode to tell us that guys with magic are incredibly unique! (the last time this happened was a millennium ago and that guy went crazy and has been recorded in history as the Demon Lord.)

Because CONTEXT is not necessary to appreciate this show! Heck, we could have been told it was just a girl’s school without that backstory, or that all the boys went to another school or whatever and it wouldn’t really matter. Kamito is special and he’s a boy so the girls are gonna want him. 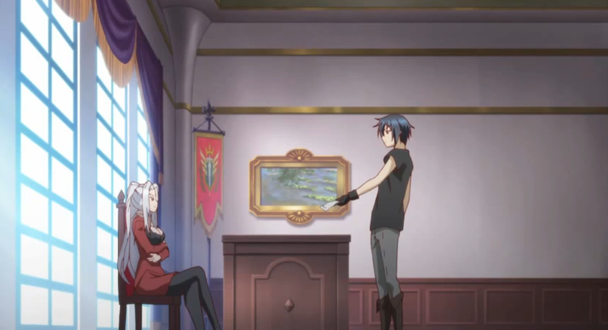 So: Is STnBD worth watching?

Sure! It’s a perfectly average harem/power fantasy show with an as-yet-undefined side plot about a magic tournament and a long-lost-love interest that will create friction with the harem the protagonist is currently building. It even has a clumsy maid with big boobs!

But not for me. Not this season. We have funnier shows and more exciting shows and even more unusual harem shows to pick from.