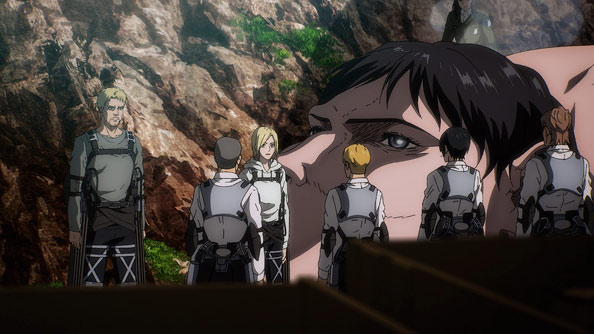 Floch and the Jaegerists have taken the port and secured the Marleyan flying boat, but haven’t destroyed it yet, despite being the only thing our new alliance can use to get to Eren. Hange posits that Floch isn’t in a hurry to destroy valuable tech that will take decades to restore with most of the world gone. Whatever the reason, the alliance needs that plane. What is everyone willing to do to get it? 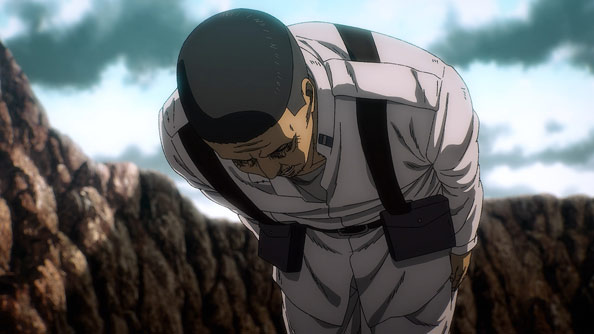 Armin wants to try to secure the boat and get it repaired by the Azumabito mechanics without shedding any blood. It’s probably upping the difficulty level far higher than they need to considering the stakes. That said, they’re also trying to cling to what shards of humanity they still possess, which is admirable…as is Magath trying to wring Eren’s location out of Yelena, then bowing his head in apology for initially blaming four kids for all of Eldia’s historical crimes against Marley. 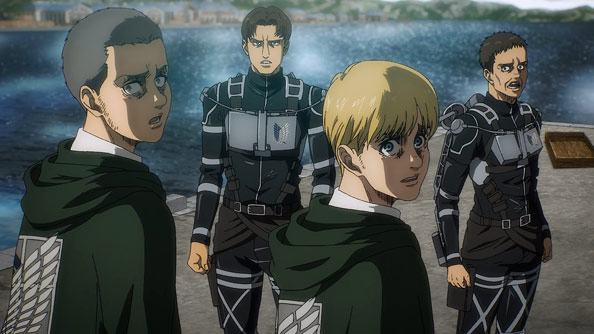 Even Magath understands the importance of not holding children responsible for the misdeeds of their ancestors in a future where everyone can co-exist. Unfortunately, we’re not quite in that future yet, and so the plan to capture the plan without bloodsheed quickly goes sideways, in part due to Floch being smart enough to consider whether Armin and Connie are traitors, and in part due to Azumabito Kiyomi not being ready to go down without a fight. 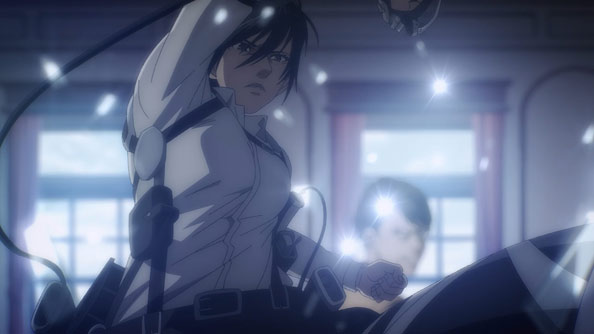 Kiyomi understands that Eren’s plan won’t save the world, only shrink it; concentrating all of humanity’s inner conflict on one island—and shrinking the gene pool along with it. No, this way will be mankind’s ruin, only faster than allowing the present system to continue. I don’t know if Kiyomi thinks Armin will do something and tries to buy time by pinning Floch, or if she’s just ready to die fighting. 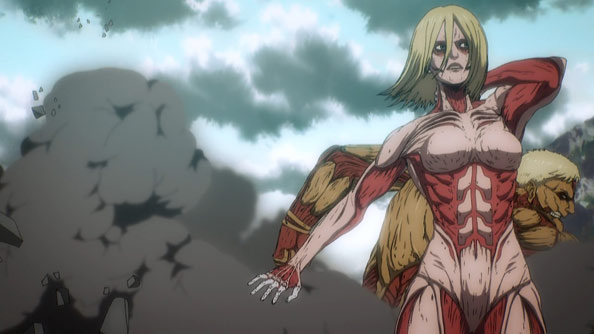 The end result is the same: the Jaegerists, who can’t be reasoned with in such a compressed timeframe, must be wiped out. Mikasa bursts into the room where Kiyomi is being held and does her best to incapacitate the Jaegerists without killing them, while Annie and Reiner transform in an attempt to capture or kill Floch. I daresay I felt quite nostalgic seeing the Female Titan in action again after so many years. 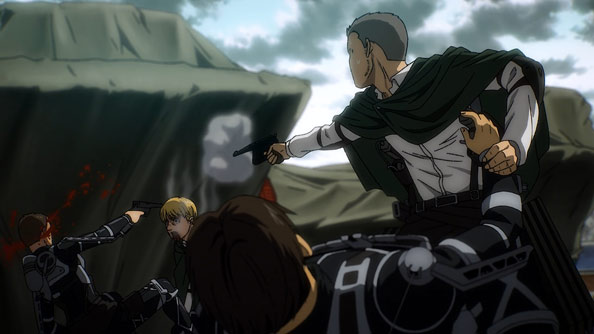 But while Titans rumble towards Marley and other Titans flex their muscles on behalf of the alliance, the most compelling part of the episode happens on the pier, as Armin and Connie try to trick their former comrades Daz and Samuel into disarming the bomb attached to the flying boat and let them use it to “chase the Cart Titan”.

When Floch raises the alarm, Armin is shot and Connie held, but their comrades hesitate just enough to allow Connie to take the upper hand, shooting both in the head. Yes, he and Armin betrayed two of their old friends…but they had to. The very world depended on it.

Clinging to their humanity won’t mean jack shit if the Eren and Rumbling succeed. The alliance’s one and only mission is to prevent that, and doing so will stain their hands with far more blood than they’d prefer. It has well and truly come to this, and there’s no more going back.