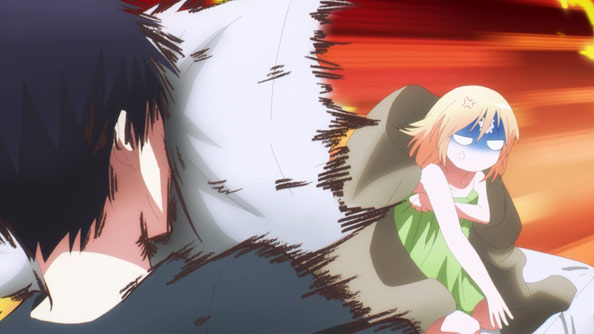 After a recap of last week’s episode that seems specifically designed to pad the runtime, Song opens the curtains of the motel room and learns that Chateau isn’t a morning person. She takes him up on the offer of a shower, only to find he’s taken her clothes to wash them. Chateau’s reactions are fun, and actually suggest she has a pulse, which is nice. 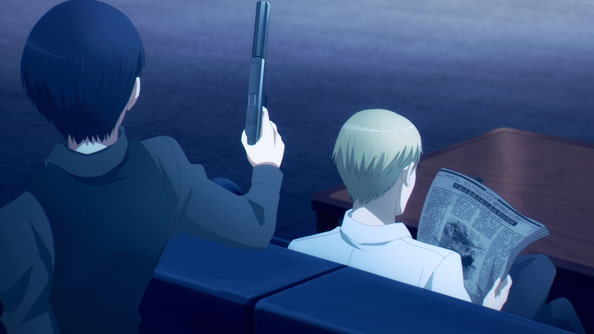 Their motel comedy gives way to a flashback to five years ago when Song, who is about to be promoted to executive in the criminal organization of which he’s a member, betrays his boss by shooting him in the head. But being presented with his treachery doesn’t explain why he did it, or why we should care. 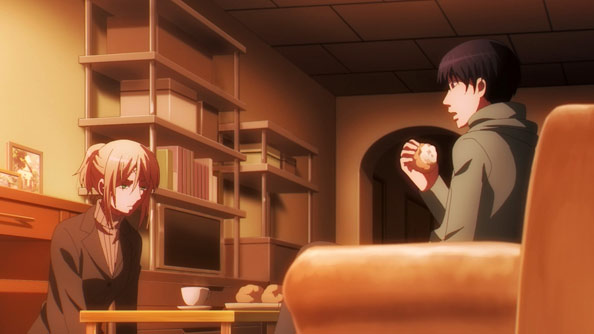 After getting a talking-to from her boss (who is awfully one-note as exasperated bosses go) Chateau heads home to her tiny studio apartment in what looks like the 24th Ward’s Shantytown. Naturally, Song is waiting for her to invite him in—like an annoying vampire—but at least he brought some high-end cream puffs. 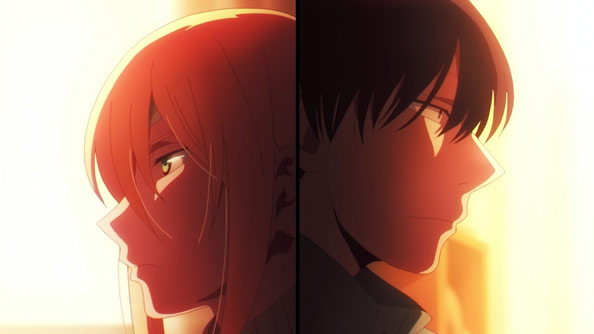 Chateau isn’t in the mood to talk, and remains befuddled that Song insists on all this contact with her. His comment about her smell not digusting him is something I’d hoped would be followed up on, but a call from Chateau’s mom puts Chateau in such a state that Song excuses himself for the time being.

Sigh…I don’t think I’ll ever forgive a show for such poorly drawn and animated cars, but I remain sufficiently intrigued by the mysteries Love of Kill is coyly dangling to stick around a bit longer.