Lenny and Titan begin training Takt and Destiny out in the desert, but between Takt’s general recalcitrance, Destiny’s tendency to take things up to 11, and Titan’s description of what a Conductor should do to properly conduct a Musicart, well…let’s just say the results are mixed! 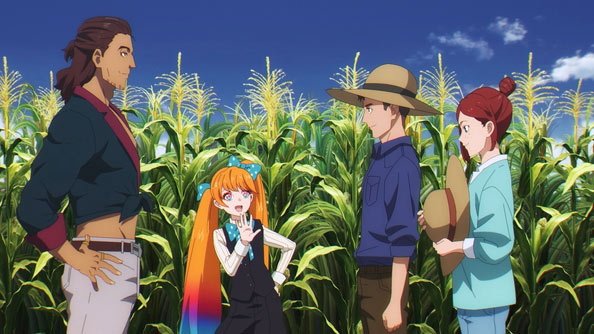 We’re then treated to the rather bizarre reality of a D2-ruined Las Vegas surrounded by cornfields of all things. Lenny and Titan meet some old friends in Jonathan and Maggie, who invite the two of them and Lenny’s “kids” over for a home-cooked dinner that’s mostly…corn. Kinda like Interstellar! 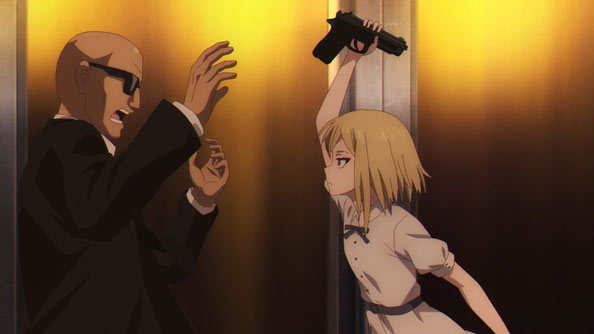 That night Lenny and Titan meet with Mr. Lang, who is clearly more than just a nice old guy who runs the farm. Anna and Takt are about to go to bed when Destiny senses vibrations and smashes through the wall of the house. The bouncers in suits at the door where those vibes are coming from are no match for Destiny, who sends one of them flying and crushes the other’s handgun like a soda can.

This secret casino, where Mr. Lang is basically embezzling the subsidized corn farm to fatten his own pockets, is what Lenny and Titan wanted to have a look at, but not to hit the slots. No, with three mid-level D2 bursting out of the casino floor, it’s the perfect venue to teach Takt and Destiny about the proper way to fight: by getting on the same wavelength. 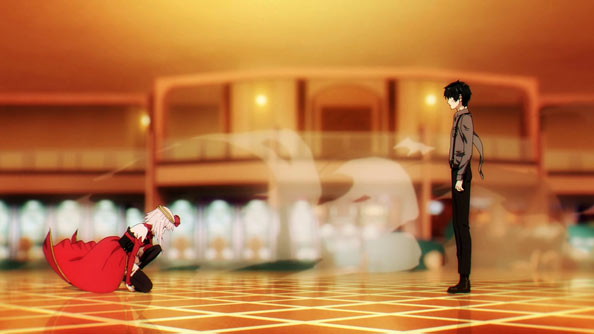 As Titan keeps the three D2s from causing too much damage but pointedly doesn’t defeat them, Lenny carefully, patiently directs Takt on how to direct Destiny in order to create “a beautiful, efficient harmony.” With Takt being precise about where to point her, Destiny doesn’t suck up all of Takt’s life force halfway through the victorious battle. Indeed, he’s still standing at the end, like he could take on three more! 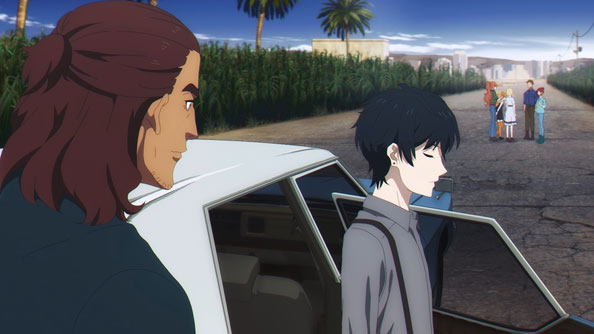 The next morning, Lenny and Titan and Takt, Destiny and Anna go their separate ways, but last night’s battle proved to Lenny that they’ll be okay as long as they keep fighting like that and continually improving. Leny also knows that Takt is the son of a famous musician. He sees potential in Takt as a conductor and musician, and is confident he’ll make it to New York in one piece.

One thought on “Takt Op. Destiny – 04 – An Efficient Harmony”