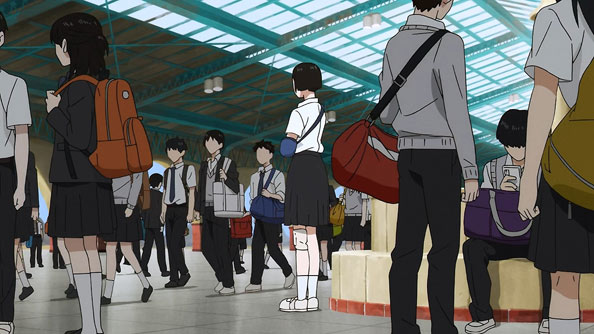 This week’s Sonny Boy experience comes from the POV of Tsubasa, AKA Sarah Plain and Tall With Broken Arm. We learn her power is “Monologue”—the ability to hear everyone’s inner voices. In order to not be ostracized, she’s kept the power a secret from everyone. She listens, but she doesn’t act in a way that would arouse suspicion. 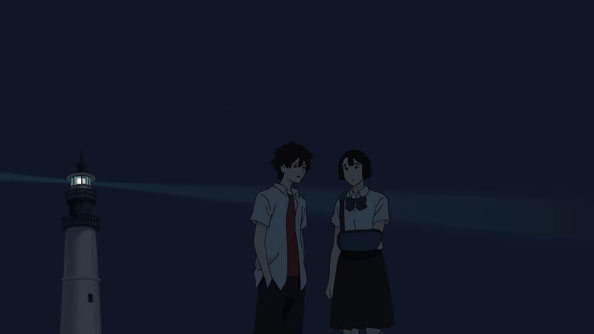 Tsubasa likes Asakaze. She knows he’s kind of an ill-natured prick, but it doesn’t matter; she still likes him. But as she can read minds, she knows it’s unrequited; she also knows Asakaze likes Nozomi. He doesn’t like how close Nozomi is with Nagara. All the while, he’s unconsciously closer to Tsubasa than anyone; only she can hear his inner voice. 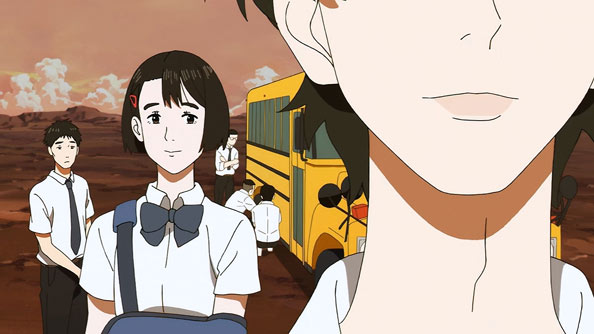 Tsubasa can’t help but like Asakaze, but while you’d think she’d try to use her power to try to make him feel the same way, all she does is quietly admire him from a distance. She hears all his thoughts about Nozomi, all the while dreaming of the day all his other romantic options will be exhausted and he’ll “land at her feet.” But between Nozomi (who doesn’t return his feelings) and Aki-sense (who is only wielding Asakaze like a tool), there’s too much competition. 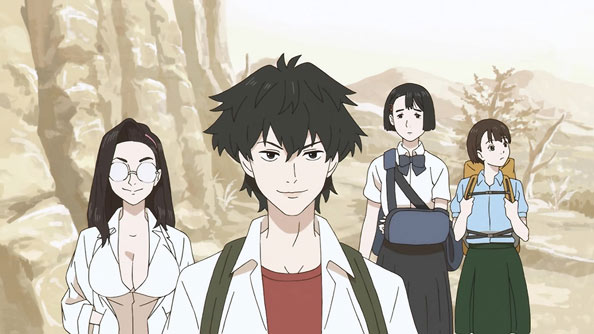 Tsubasa and Nozomi end up accompanying Asakaze and Aki-sensei on the “grand task” he wishes to complete: defeating “War” before he can cause undue destruction. Tsubasa can’t fault Asakaze for liking Nozomi, because she knows that Inner Nozomi is just as wholesome and noble and honest as Outer Nozomi. Everyone practices some degree of deceit…except Nozomi. On the treacherous hike in “War’s” strange ceramic world, it’s Nozomi who comes to Tsubasa’s aid when she twists her ankle. 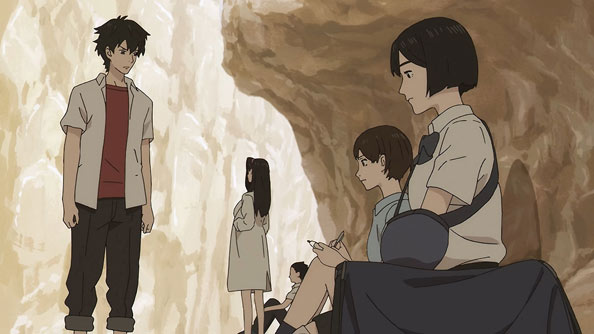 When they encounter “War” while falling down an endless gorge with a blood red bottom they never reach, he’s a student constantly falling and buffeted by the wind like the Maxell guy. Tsubasa can’t hear his thoughts; the guy is totally empty. Kinda like war…D’YOU GET IT?!?!! Ahem…anyway, Aki-sensei (and apparently God AKA Dr. Strangelove) wants Asakaze to eliminate “War” from this world by creating “Death”, leading Nozomi to take him to task for trying to play God. 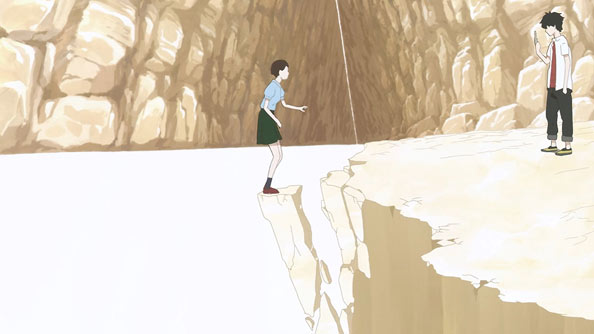 This causes Aki-sensei to retreat with Asakaze somewhere where she can bury him in her bust and keep him under her thumb. But as Tsubasa always knew since the drifting began, the only person who could truly change Asakaze was Nozomi. Nozomi won’t pretend to pander to him. Asakaze can probably sense that there’s never any deceit with her.

So when Nozomi says “Even if I’m dead, I can accept my own fate,” she means it. Maybe that’s why, after he turns “War” into a gun and the red into white, when the cliff crumbles and she falls, Asakaze doesn’t use his power to save her. Or maybe he can’t.

Meanwhile, Nagara picks up the mantle of island researcher from the long-departed Rajdhani, and continues to experiment with Mizuho’s powers. When he orders a chicken with Nyamazon and then kills it, it stays dead. When Mizuho orders one and he kills it…it comes back. Between having three wise talking cats protecting her and the potential power over life and death, I’m starting to wonder if Mizuho is the true God around these surreal parts.