Nozomi, Nagara, and Asakaze have turned out to be a pretty good survey team, with Nozomi locating new worlds with her Compass, Nagara being able to access them, and Asakaze bailing them out with his powers of flight.

When we check in they’ve already found thirteen new worlds, and Rajdhani is soaking up the data like a sponge at his beachfront laboratory. Their survey work is interrupted by an unsettling trend of students starting to freeze in place and turn pitch black, like voids in human form.

Since she’s the one with the most time on her hands owing to the immense wealth her power provides, Mizuho is put on the case, and she chooses Nagara as her Watson, partly to share what sounds like a hassle of a case, but also because Nagara…was nice to her previously, and she enjoys his company.

That said, she still initially treats him as a rank servant, making it clear that this isn’t a collaboration of equals. That said, she still orders a gaudy couch big enough for both of them, and even gets Nagara the same fast food order she got. When it comes to sharing the wealth, she’s fine sharing it with Nagara. 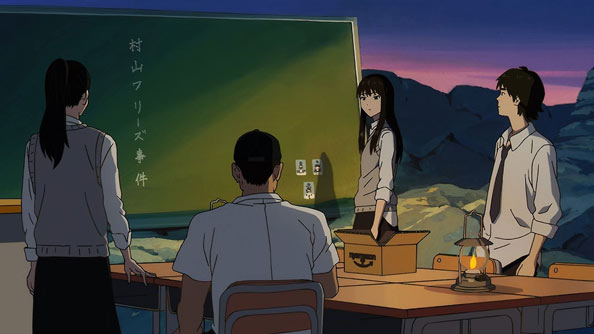 The uniting quality of the two students (who later become three, then four) who fell victim to the freezing phenomenon is that they kept to themselves, hardly anyone noticed them when they were around, and no one noticed when they suddenly vanished.

While Nagara is busy with Mizuho, Nozomi and Asakaze fail to find any new worlds. Despite this, Asakaze drops in specifically to tell Nagara that he’s not needed and that Nozomi doesn’t care if he doesn’t come back. Nagara brushes this off, and that ineffectual passivity irks Mizuko. 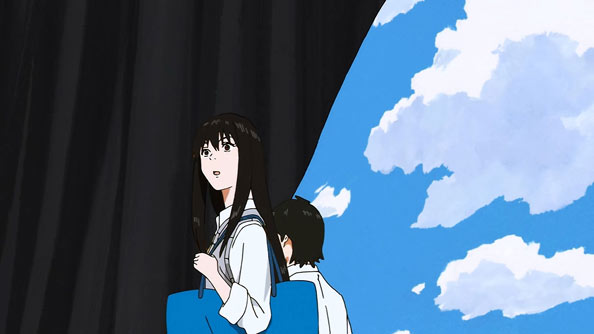 Eventually, Mizuho and Nagara break the case wide open when, no doubt due to Nagara’s unspoken power even he may not even be aware he has, they discover a portal to the space where the four students ended up.

They walk through a honeycomb of blackout curtain walls separating the four spaces of the students, all of whom are content to stay right where they are and keep doing what they’re doing indefinitely. It becomes evident that while they may be content, this wasn’t originally their doing, but another rule of the world, separating those no one else wants around or cares about.

After Nagara and Mizuho’s nightly debriefing with Cap and Pony, a minor disagreement causes simmering underlying resentment to boil over for both of them. Mizuho points how how watching Nozomi follow him around like a puppy grosses her out; Nagara accuses Mizuho of lying to show off and being “ill-natured” because she’s just another recluse; Mizuho tells Nagara to die and storms off.

It’s a testament to how much these two have come to know each other that they each know the precise buttons to press to sting hardest. 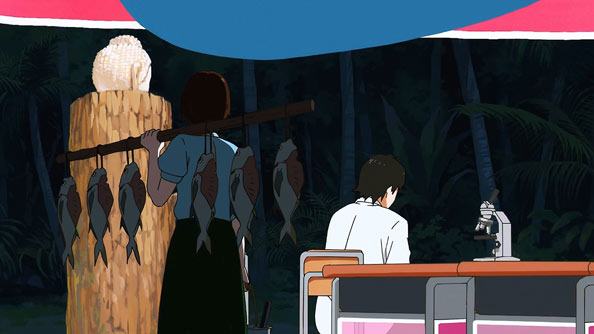 But because the two really do care what the other thinks of them despite words to the contrary, both of them feel bad about the spat. Fortunately, back at Rajdhani’s lab, Nozomi offers a clue Nagara hadn’t considered, and he texts an apology to Mizuho, along with a promise to be waiting by the blackout curtains tomorrow. 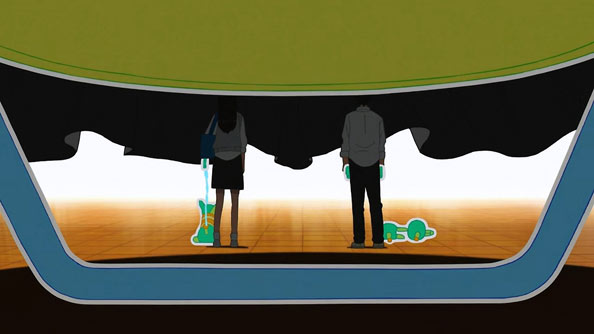 Armed with Rajdhani’s bizarre, whimsical instruments, the two get down to business lifting the blackout curtains and freeing the students. This is Sonny Boy at its most Eizouken, particularly with the fantastical machinery and Yuuki Aoi lending Mizuho such a wonderfully husky, distinctive voice.

With the case solved and the afflicted students retrieved, Nagara and Mizuho make up with a handshake; what was said when heads were less cool and frustration was mounting is water under the bridge.

As much if not more than their surreal surroundings, what I enjoyed most about this episode was just reveling in this nascent friendship between two people who don’t normally do so well around others doing just fine around one another. I daresay I wouldn’t even mind a whole cour of these two solving cases together.

On the periphery were some interesting inroads into the larget questions about this place, with Hoshi admitting a voice told him this would all happen, and Nozomi being the first to suggest that while she can spot new worlds, Nagara alone has the power to create portals between them.