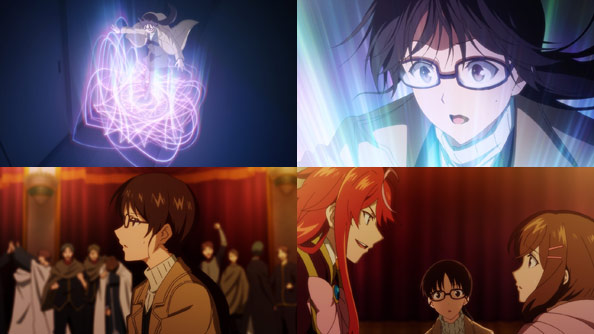 The other refreshing catch is that Sei wasn’t the only “Saint” summoned by the Grand Magus of the Kingdom Salutania. A second Saint is summoned right beside her, but despite them having equal standing, the preening Prince Kyle chooses the other young woman, totally ignoring Sei. Rather than follow the chosen heroine, we follow Sei…the “Spare” Saint. 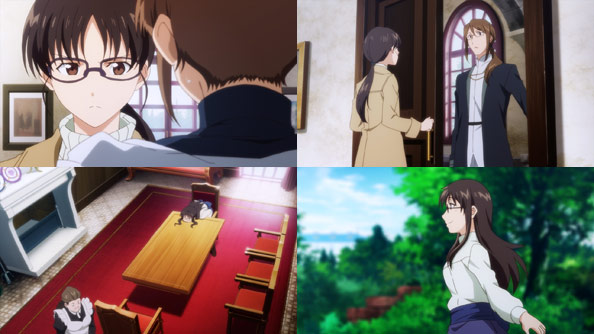 Except for a brief recollection of her in Sei’s thoughts, we never return to the other Saint’s story, though I’m sure she or we will check in on her at some point. Until then, Sei is encouraged to reside on the grounds of the royal palace and basically stay out of trouble. While her life is comfortable and every need seen to by her kindly maid Marie, Sei, a hard worker in her original world, soon becomes quite bored.

Frankly, that’s awesome! For once, our heroine isn’t thrust into an epic battle of good and evil with a ticking clock. Instead she makes do with far more modest stakes that nevertheless make the fantasy setting feel more real and down-to-earth. Watching Sei, so often cooped up in an office most days, happily frolicking on the palace grounds, is quietly enthralling. 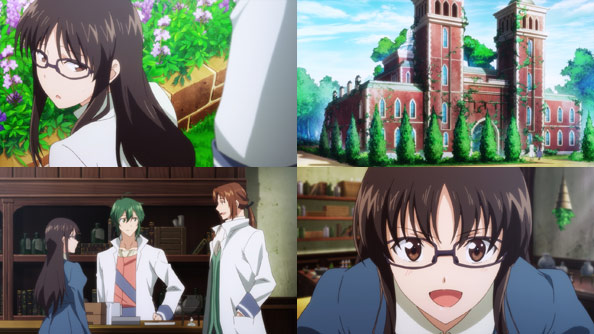 Sei soon finds that her real-world interest in medicinal plants and herbs has a magical analogue: an entire institute dedicated to their research. She meets Jude, one of its researchers, who shows her around, and before long it occurs to her that this is where she wants to be: somewhere she can do what she loves and keep busy.

With the institute director Johan’s blessing, Sei decides to join, and to move out of the palace and into the institute. The palace’s aide-de-camp is happy she’s found something to do and pleased to offer whatever she needs. With that, Sei starts her new unexpected new career in potions. 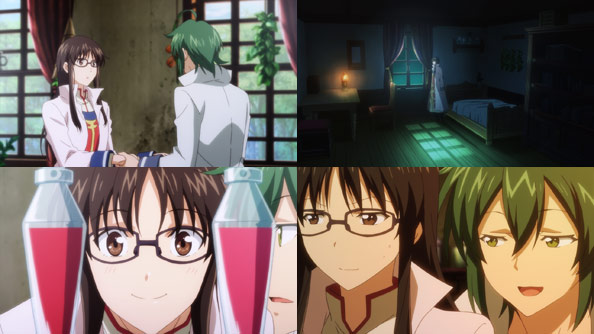 But first thing’s first: she has to learn to make potions, the institute’s top export. Jude goes through the process step-by-step, and reaches the point when he learns that she’s never used magic. You’d think Jude would know this if he knew she was a summoned Saint from another world, but whatever.

Regardless of her inexperience in casting spells, as a Saint she is naturally imbued with more magical power and sensitivity than most. It’s just a matter of learning how to summon and use that power. Within three months, she’s already making medium-to-high level potions the institute usually had to order from outside sources—and making Jude understandably jealous with her rapid progress. 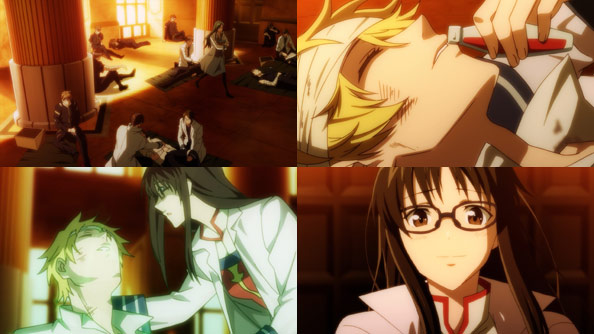 Their playful repartee is interrupted by an emergency: knights who were on a mission to subjugate a forest of monsters took heavy casualties, and several are near death. The researchers are summoned to the palace with all the potions they have in tow. It’s a good thing, then, that Sei has gotten so good at making potions—all of them 50% more effective than anyone else’s—she lost count of how many she’s made!

When they arrive, Sei is initially shocked by the sudden scenes of injured and maimed soldiers, but soon snaps out of it and gets to work administering potions, which have an immediate healing effect. She’s brought before the horribly wounded captain of the knights. When he won’t drink her high-level potion, she insists that he must until he does, and soon recovers nicely.

Both the captain and Johan, his good friend, thank her for saving him. Sei, beaming proudly, is happy she could help. I for one am here for this charming, laid-back yet still engrossing slice-of-life isekai series. Should her titularly omnipotent magic power justifiably lead her to greater things, I’m fine with that too!