It’s been four months since the Wit Studio-produced, Netflix-distributed Great Pretender closed the book on its satisfying London art dealing/Cynthia romance arc, and I’ve been eagerly awaiting its return for its final and by far longest arc, involving the ever-mysterious Laurent. But at least in its first of nine episodes, it’s an almost completely Edamame-POV episode.

After a ~5-minute recap (as narrated to his mom’s grave) of his adventures so far, we learn Makoto considers his latest job with Laurent, Cynthia, Abbie, et al will be his last. He returns to Japan to seek honest gainful employment, and Laurent seems to wish him well, urging him to “do what feels right”. 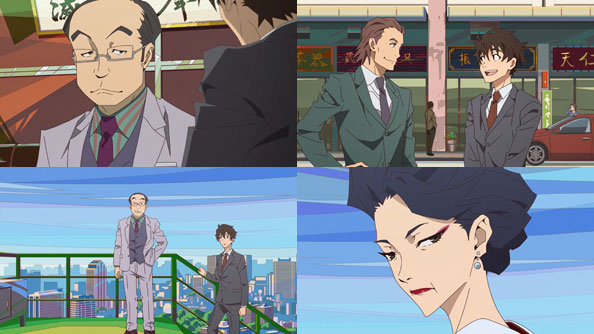 While his criminal record would seem to be a massive obstacle to getting a job, Makoto snags a job at a “trading company”, with the very expressively-faced Ishigami as his immediate boss and mentor. Makoto proves a natural at the job, using the people-reading and interacting skills normally used to con people to instead sell them stuff.

He rises literally to the top of his company’s tower, where he and a select group of model employees await the arrival of their chairman, the cool and fearsome Suzaku Akemi. Her lazily muttering “do your best” to Makoto upon meeting him signifies her approval of him, making his employment official. 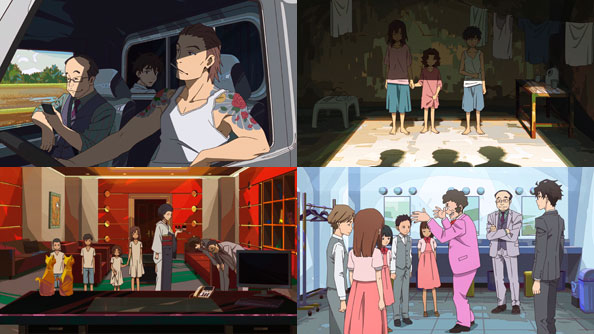 Not long after meeting the big boss, however, Makoto learns that while gainful, this employment may not be quite on the level. That’s made painfully clear when, while in Hanoi with Ishigami for a pickup, he learns that the merchandise freaking children.

That’s right: Suzaku Akemi, Empress of the Underworld, has a large controlling interest in human trafficking, buying orphans and refugees for cash and auctioning them off to the super-rich. And Makoto thought the art dealing business was cutthroat! It’s a wonder he doesn’t vomit in disgust as the poor kids are dressed up and paraded out like lambs to the slaughter. 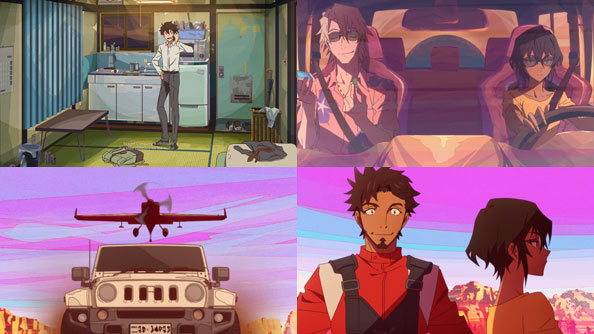 Then it dawns on him: if this “Sacrlet Company” Laurent recommended to him is a front for the mafia, than Laurent has had Makoto infiltrate the company for a job….his biggest yet. While the focus is on Makoto for the lion’s share of the episode, the fact of the matter this is Laurent’s show, because Makoto went and did exactly what he hoped he’d do. The Puppet-master’s strings extend across oceans!

Laurent fesses up to this job to an outraged Makoto, who is as angry with himself as his French friend, having let himself be played yet again. But Makoto isn’t the only one Laurent has in mind for this job, which is presumably to bring Scarlet and Suzaku down while pocketing a tidy profit. Cynthia, Abbie, and Kim are in, as is a welcome face from the Singapore arc, Clark, the nicer of the Ibrahim brothers.

With the recaps over, the broad strokes of the new job drawn, and the awfulness of the mark made crystal clear, all that remains is to actually dig further into Laurent’s past, which this week only amounted to a brief but beautiful dream where he and an unknown lover gaze up at the Aurora Borealis. Eight eps should be more than sufficient to do that, and they’re sure to look just as fantastic as the previous fifteen. 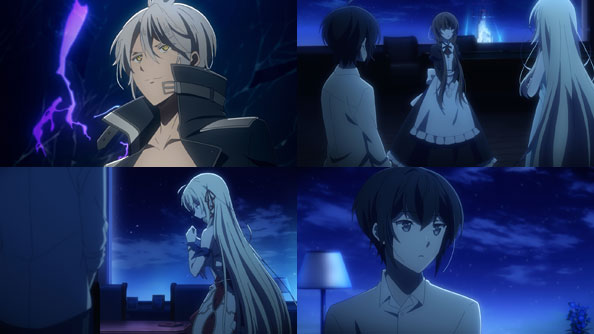 Alice is always referring to Iska as her “enemy”, but with Risya releasing another agent of chaos in Salinger the Demon/Transcendant, she doesn’t have the luxury of rejecting the aid of an enemy like Iska whom she’s come to trust, and who shares her dream of peace.

When the prison tower housing Salinger starts to burn, Alice and Rin must hurry to put out those fires. Before leaving, Alice quietly asks if Iska will help her, but he doesn’t quite hear. She drops the matter, but not before leaving a fresh new handkerchief to replace the one he gave her.

Unit N07 finally hears from their CO Risya, who tells them that Iska is in Another Castle, leading them to wonder if they were merely bait for Risya to attain a different, secret goal (they were). But the fact remains they have to get the hell out of the tower, so Mismis bears her genuine crest and serves as bait once more, this time so Nene and Jhin can take out their pursuers.

Iska, handcuffed in his hotel room, hears ringing in Alice’s room and discovers she had his Imperial phone. He makes contact with Unit N07 and arranges to meet them at the very prison tower where Alice and Rin went. When he considers how to remove his cuffs, he suddenly remembers the handkerchief Alice left, and sure enough, it contains the key. This is what she meant by requesting his help—she couldn’t do it overtly, so left the key in hope he would agree. 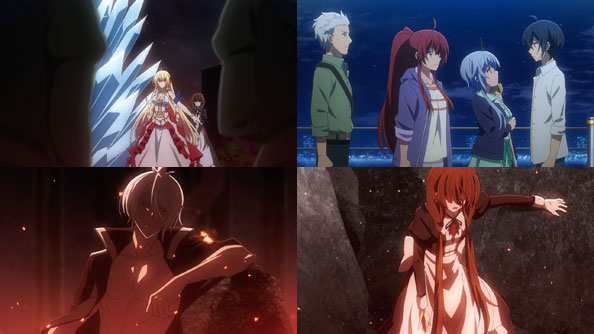 Alice and Rin’s car is bombed before they reach the prison, but that’s of no consequence; the site is a mess of Imperial forces and various sovereignty forces from within the prison, so Alice takes command as Second Princess. Iska meets with Unit N07, but before anything else he asks for his two swords back, urges them to take the civilian onlookers to safety of the hotel, and he’ll meet them there in fifteen minutes or so.

Alice leaves Rin to deal with Salinger, and while Rin talks a big game and impresses him for a brief time, once Salinger gets serious Rin is no more than a “cat or dog” he has no further interest in torturing. Much of the astral magic he’s “collected” came from purebred sources far superior to Rin’s, after all.

Rin is overmatched; she knows it, and Salinger knows it, but it doesn’t matter: her only goal is to fight him and buy time until she can’t fight anymore. That turns out to not be very long, but it’s long enough that by the time Salinger is bored and ready to finish her, Iska arrives just in time to block his killing blow and save Rin.

Rin’s long-standing suspicion of and enmity towards Iska didn’t matter; Rin is Alice’s cherished friend, while Salinger is Alice’s enemy, so he’ll save Rin and defeat Salinger. If Risya gets wind of either Iska messing up her plan or of Mismis being a real astral mage, things will get far more complicated, but for now, it’s as simple as this: The enemy (Salinger) of his “enemy” (Alice) is his enemy. After all that lounging around in the hotel, it’s time to get to work!