This episode sputters a bit in the first half, starting with a mostly redundant explanation Khun’s Crown gambit (other characters catching up to where we are), and a third round of fighting Khun admits is a waste of time. Rather than face the new challengers directly, Khun uses three allies he secured in the first test, when he was supposed to be killing them. The allies prove more than capable of eliminating all comers.

That leads to the fourth and final round of the Crown Game, involving a party consisting of someone who has both the looks and strength to be a Princess of Jahad like Yuri, a towering beast-man in the mold of Rak, and…Rachel. She sidles up to the throne and mutters to Bam that they won’t steal his crown; they’re apparently there to protect it. Only the remaining challengers prove too much for them, and Rachel is injured and tossed into the air. 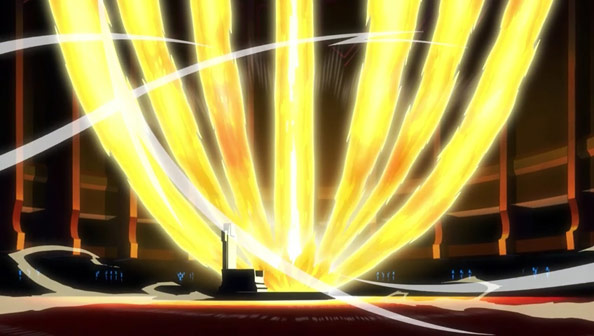 Bam leaves the throne to catch her, and the two meet eyes, leaving no doubt for Bam of who she is, and that she means more to him than the throne, the crown, or the whole damn Tower. Things look bad for them both when an enormous power suddenly awakens in Bam, blasting the challengers away. Black March seemingly stops time to warn Bam about losing control before knocking him unconscious. 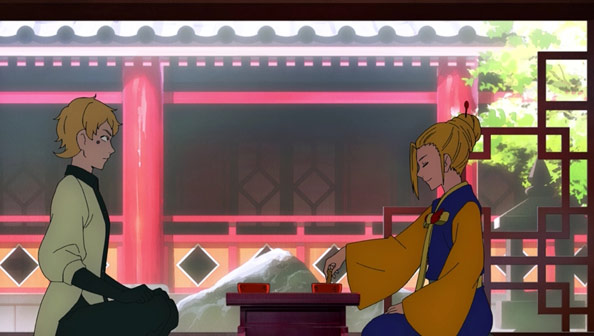 With the Crown destroyed by Bam’s blast (which Lero Ro thinks might’ve been an instance of Bam becoming Shinsu itself) the game is ended without a winner. Lero meets with Yu Han Sung, who treats him to powdered caffe latte served ironically in a chawan. Han tells Lero that the purpose of the tests in the first place isn’t to gauge one’s worthiness, but to ascertain whether they pose any threat to the Tower.

It’s a nice scene between two administrators, but Han clearly knows more than Lero, and Lero knows not to trust the word of someone in Han’s position. Lero also gave his teams three days off following the Crown Game, but with only one day to go, Bam is still unconscious despite Khun’s urgings. That’s when a recovered Rachel arrives with a request for Khun. Based on her behavior thus far, I wouldn’t be shocked if she wanted Khun’s cooperation in keeping her and Bam as apart as possible.

P.S. I love the super-energizing OP, with its bopping theme performed by a Korean boy band Stray Kids, but the ED is the one of the laziest things I’ve ever seen, consisting of a static shot of an intermittently napping Rachel. At first I thought this was a temporary sequence until the “final” ED animation was complete, but apparently it isn’t, which is strange because…there’s just not much there.