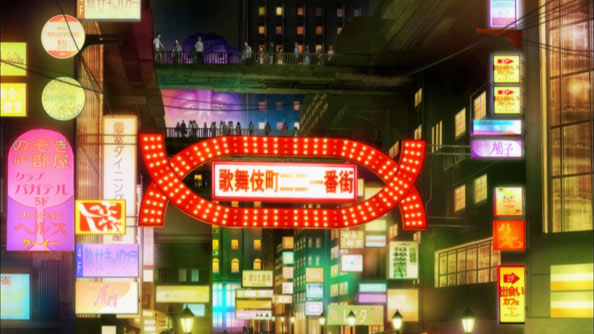 What was originally a swamp grew into a thicket of neon lights, bars, clubs, hotels, and nightclubs, and in the middle of all this churning, chaotic humanity resides a detective agency.

Moving Sherlock Holmes‘ digs from London to Tokyo’s entertainment and red-light district is an inspired move, and having him one of a group of detectives competing to see who will catch Jack the Ripper first makes for an effective combination. 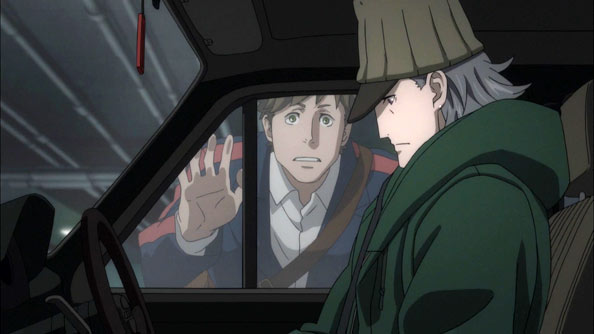 While I know who Sherlock is (as most people do), I have seen more adaptations of his work than read the actual Doyle books, from The Great Mouse Detective and Wishbone to the meh Robert Downey Jr. mini-franchise and the better BBC series starting Benedict Cumberbatch.

It’s nice to see a fairly radically different Holmes here. He’s still a brilliant eccentric with antisocial tendencies here, but the difference in the nice little details. For once, the fact characters have famous names doesn’t really detract from my absorption into the show. 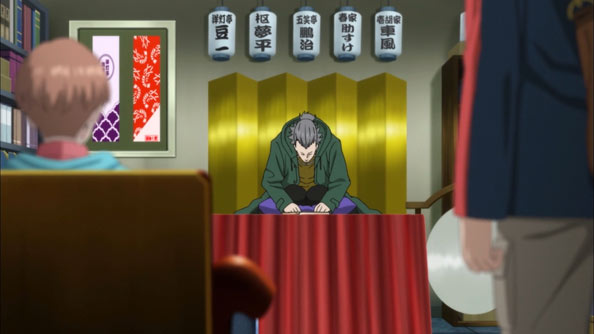 Among the more surprising and amusing differences is Sherlock’s performative breakdown of a murder case that turns out not to involve Jack the Ripper, which takes the form of an impromptu rakugo show with an audience of only two: Dr. Watson (just arrived and already contributing with his medical knowledge) and a young lad whose name I didn’t get.

The fact that it’s not particularly good rakugo is immaterial; the content of the conclusions is what matters. 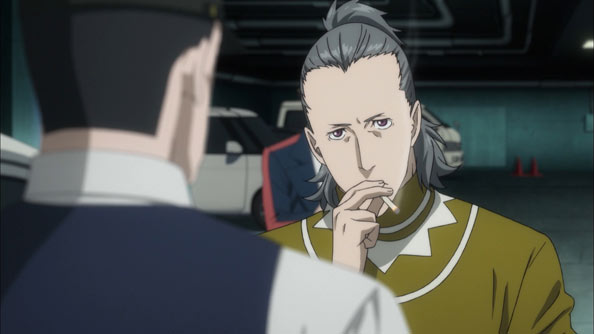 Sherlock lives in a characteristically messy flat above a drag bar, consumes baffling combinations of food and drinks (how about some fried rice with canned pears, or a glass of alcohol with chili oil?) and has at least two or three people in his head talking things through with him.

It’s fascinating to watch Watson first figure out which detective actually is Holmes, then see the droll, taciturn detective grow more and more lively as he draws closer to solving the case. He’s equally reckless in confronting the killer, yet it’s Watson, not the culprit, who hits him with his own car (thankfully a tiny Fiat).

There will be twenty-four episodes of Kabukichou Sherlock, and however the various cases they encounter are organized within those episodes, I’m confident in its ability to tell a compelling tale in each one of them, building towards something bigger (and yes, the inevitable clash with Moriarty).