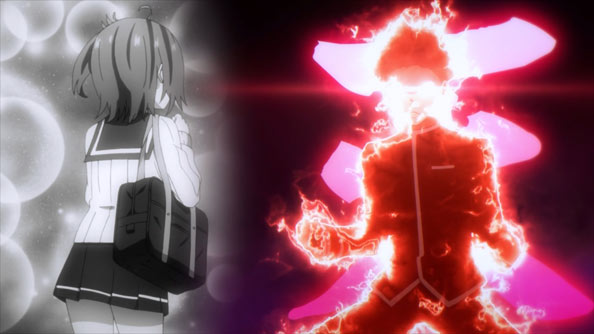 You’d be forgiven for thinking that Joro’s thankless parallel missions to help both Cosmos and Himawari win the heart of the same guy would continue on for a number of episodes, but this week that’s just a small part of a much bigger picture, as the plot progresses farther than I could have anticipated. Lesser shows might’ve have kept the cupid act going longer, but Oresuki sweeps it all aside in favor of something new. It has more to say. Much more. 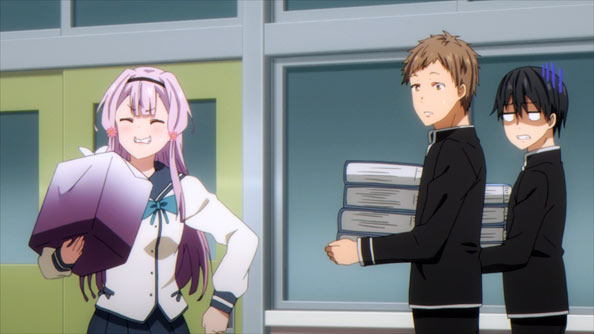 It also reveals something I touched on last week: the intentional repetition of situations and dialogue that lend the show an appealing poetic rhythm. While Cosmos and Himawari are equally terrible in executing the plans Joro lays out for them (due mostly to how nervous they get around Sun), their particular ways of bombing are both unique to their characters. It takes a lot of hands-on involvement from Joro to get the two definite dates with Sun.

But it’s not just the girls’ ineptness that makes things hard for Joro. Either consciously or not, Sun is simply hesitant to go on a date with either Cosmos or Himawari, and on Pansy’s urging, learns that there’s a girl Sun already likes. In a third “Darth Bench” scene, Sun confesses to Joro that he’s in love with Pansy, adding further complexity to an already unwieldy love polygon. His story is also very similar to the girls’, as there was a third exit from which he encounter Pansy, who encouraged him after seeing him cry. 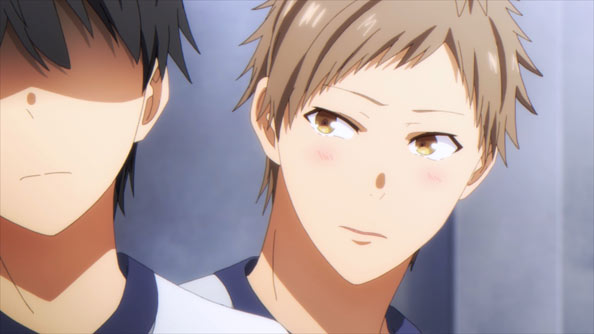 This scene with Sun features some subtle yaoi undertones, such that until he specifically said “girl” instead of the vaguer “someone,” I thought Sun might confess his love for Joro. Not only that, after the way Joro genuinely blushes when Cosmos and Himawari mentions his strong bond with Sun, I had to remind myself that Joro was interested (at least initially) in those girls…and hence not into Sun.

Joro refuses to help Sun with Pansy, claiming not to know her well enough (partly true, but also partly a lie) but when Sun brings up a baseball metaphor, Joro responds with advice as if it were about baseball and not love. Sun’s confession of love for Pansy ups the danger for Joro exponentially, since that bombshell renders not just one but both of his cupid missions futile. 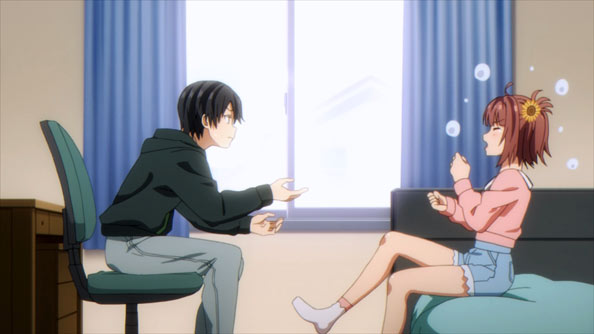 When Sun sees Joro talking with Pansy about Sun, and Pansy gets angry for Joro cruelly pushing his friend on her when it’s him she loves,  he gets suspicious. But Pansy of all people bails Joro out, confirming Joro’s claim that they’re not close and were only talking about official school business.

Still, Joro keeps Cosmos and Himawari in the dark, clearly overestimating how much time he has before they find out on their own…which of course they do when Sun does the same thing to the two of them that they did to Joro: ask them to help him get closer to someone else…in this case, Pansy!

That brings us to the Golden Sombrero, a baseball term for when a batter strikes out four times in a game. In this episode, Joro strikes out once when he’s not entirely honest with Sun vis-a-vis Pansy, once when he’s callously dismissive of Pansy, and twice more when he tries to explain to Cosmos and Himawari why he kept Sun’s true feelings from them. 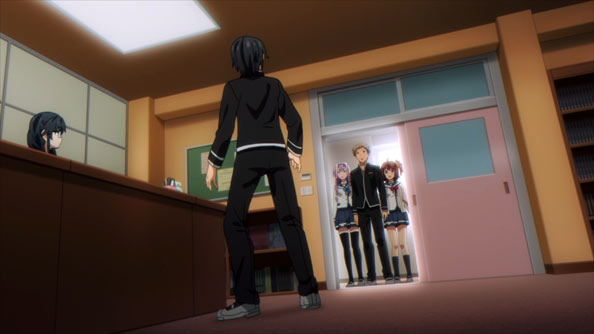 As a result of Joro’s Golden Sombrero, his friendships with both Cosmos and Himawari are in the toilet, all because he took Sun’s words about baseball literally and inadvertently advised him to do what he thought best, which was to ask the two girls he went on a date with about another girl. His friendship with Sun seems secure for now, but Joro is still keeping him in the dark about who Pansy really likes.

That brings us to his latest scheduled meeting with Pansy in the library after some time off, which I assumed was to get a possibly-still-suspicious Sun off their trail. Instead, Pansy comments about how “interesting” things have gotten now that Joro’s plans for the girls have gone up in smoke and the girls are now doing what Joro did for them: supporting someone they love in their quest to be with someone else.

Early in the episode, I wanted to take Joro to task for being so unceasingly hostile towards Pansy in all of their interactions, since we hadn’t really experienced enough of Pansy as a character to justify that attitude. And yet, here we are, with Pansy effortlessly manipulating people and having a gas doing it! She even brings Cosmos, Himawari, and Sun to the library in order to find out how much more interesting things can get.

While that final twist feels very Jerry Springer-esque, it’s entirely earned by the events that preceded it. Sun may be the school’s ace pitcher, but when it comes to twisting people into knots with change-ups and curveballs off the diamond, Pansy wins walking away!

One thought on “Oresuki – 02 – Golden Sombrero”